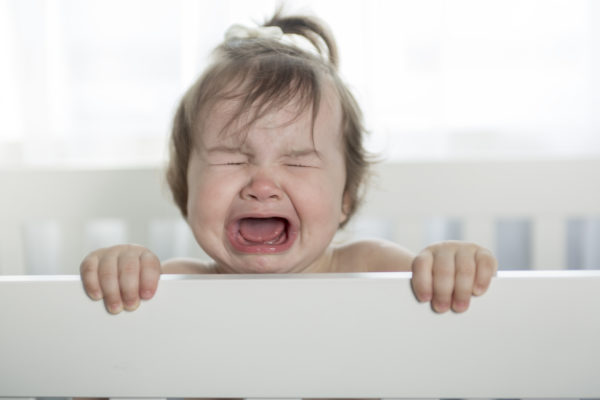 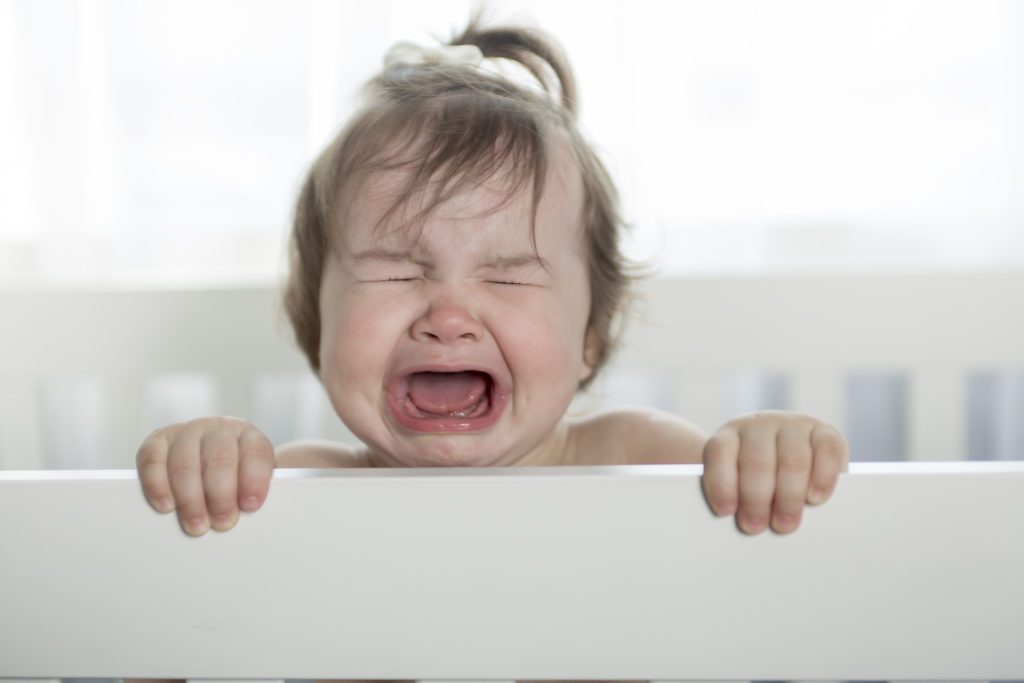 My sister sat next to her crying baby on the ground, hand on her forehead. Her little boy wailed, arching his back and swinging his limbs at her if she tried to touch him. “I don’t know what’s wrong with him!” she said, panic edging into her voice. “He’s just freaking out right now, and I can’t make him stop!”

We had both traveled across time zones to be at our parents’ house for Christmas. While we were happy for the rare chance to be together, our kids were definitely struggling with the change in routine and schedule. I’d seen my sweet angels turn into demonic changelings when they weren’t sleeping in their own beds and following their typical routines. I knew that travel was challenging, having experienced the ill effects of relaxed bedtimes and unfamiliarity. But this was relatively new to my sister.

I slid down on the floor next to her. ‘I don’t think anything is wrong with him,’ I told her. ‘I think he’s just being a baby.’

My newborn shrieked, hands balled into tight fists. His fair skin flushed deep red, making his blond hair look even brighter. He tensed more and more as I bounced him against my chest, singing a lullaby that sounded more frantic than soothing.

“Do you want me to take him?” my mom asked, reaching out.

I’d changed his diaper, fed him, burped him, and tried to wiggle a pacifier between his lips. I’d dripped gas drops onto his tongue, swayed, swaddled, and sung. Nothing was working. He would quiet for a moment or two, but then his expression crumpled and the blood rushed to his face as he inhaled, preparing for the next scream of rage.

My oldest child’s transition from womb to earthside was rocky.

He’d been born via c-section after two days of labor and four hours of pushing, not to mention a shot of emergency epinephrine when his heart rate had decelerated without coming back up. He’d been poked and prodded in the hospital. He was frequently checked for stable blood sugar because he was a chunky 9 lbs 9 oz and injected with antibiotics because of an elevated white blood cell count.

Then came the days of endless, tearful, feeding sessions – me crying because my nipples were bleeding and him crying because he was starving. He’d dropped a pound, and after long evaluations with his pediatrician and my lactation consultant, he had been placed on a regimen of breastfeeding, pumping, and formula.

I was grateful to have him. He was wanted, anticipated, cherished. But I felt as if I were in a twilight zone, an unending cycle of pain and exhaustion and frustration.

I’d thought I’d be good at this.

I was a pediatric nurse. I loved children. Sure, we were a little battered, but we were home. When was the newborn bliss everyone told me about going to kick in?

As my son’s howls escalated, I bounced more and more frantically until a sharp pain shot through my incision and I sank back onto the couch. At some point, I’d started crying, and I sucked in the snot dripping out of my nose. My mom took him from my arms and adjusted his swaddle, swaying him for only a few minutes before she managed to lightly slip him into the baby swing. I lay facedown on the couch, mental ticker tape listing my failures. Maybe I shouldn’t be a mom, I thought.

I felt my mom sit on the cushion next to me, her hand on my back. “I think he can feel your stress,” she told me. “You’re feeding off each other.” I sat up, ready to lash out with how unhelpful that was when she said something profound: “Babies will cry. They all cry. It’s not something you’re doing wrong.”

I had many more days of uncertainty and panic ahead of me – I still have them sometimes, two more children later. But sometimes when I was close to my breaking point, those words would come back to me like a little reassurance.

When my oldest was seven months old, I read this blog post, and its words shifted into a mantra that sustained me through many a sleep regression: ”Babies be babies.”

Baby spills the canister of oatmeal all over the floor? He’s just being a baby.

Baby rips a dozen pages out of my favorite notebook? She’s just being a baby.

Baby screams all night, comforted only by his hot cheek being pressed against my own? He’s a baby!

They’re little balls of primal need, seeking food and warmth and closeness. Sometimes the world will overwhelm them. Sometimes they will be angry. Sometimes there is no cure except patience.

I’m seven years and three children into motherhood now – and I’m not an expert.

I have a nearly two-year-old who won’t wean, two boys who don’t throw their socks in the hamper no matter how often I remind them, and kids that I’ve never successfully convinced to wake after 7 a.m. But the muscles in my neck aren’t quite as tense. When bedtime is a few minutes late, I don’t hyperventilate. I let my kids eat raw cookie dough (don’t @ me). Sometimes I can laugh at the tantrums. I know that most phases will pass.

It’s hard to have perspective when you’re drowning in the consuming, interminable days of babyhood.

Sometimes they seem as if they’ll never pass (and you’re supposed to cherish every moment, according to the helpful ladies at the checkout line, right?). You wonder why they aren’t keeping those promises the latest sleep methods made; why they hate the $50 swaddle you bought; why they want to sleep with a plastic spoon instead of the menagerie of stuffed animals in their carefully planned nursery.

Babies will be babies. 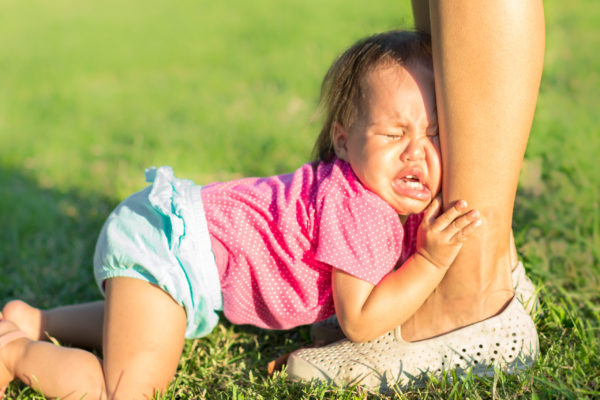 They will test you and fight you and maybe sometimes almost break you. But at the end of the day, they are just simple, needy humans learning to exist in the world. They’re no more or less than they seem to be. They have no ill intentions. They aren’t trying to kill you or make you crazy. They’re just babies – maddening, loud, exhausting, but also resilient, sweet, a slice of heaven.

Babies will cry. It’s going to be OK.

The Not So Simple Answer on Screen Time for Kids 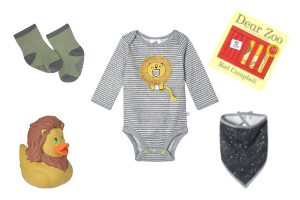 The Five B’s for Baby: Creating the Perfect Baby Gift for...