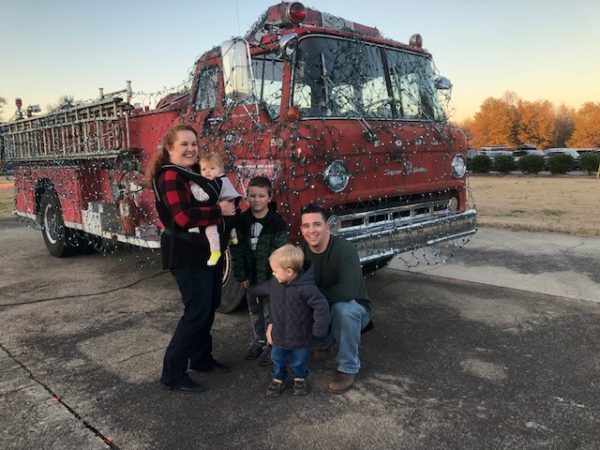 Even though it happened over two years ago, I can still recall the conversation.

Shortly after our cross-country move, my husband and I updated our drivers’ licenses on base. We made joint appointments with the REAL ID mobile center so one of us could sit with the kids while the other did their share of the paperwork.

My husband can handle situations pretty well, but I wasn’t yet savvy with public appearances in strange places. The waiting area shared a parking lot with a small exchange, a Subway, and a handful of other businesses. The area was also at the very edge of the parking lot. I was a bit nervous, but I finally settled all of us: our infant daughter, our sixteen-month-old son, and our soon to be a kindergartener. 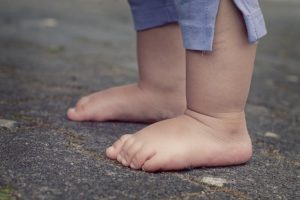 I was ready to update my Facebook status to ‘feeling proud’ until a man asked why my second and third were so close in age.

At the time I was super unfamiliar in our new zip code, and I was a pretty green mom of three. Without the familiarity of California, I was a freshwater fish in the nearby Atlantic Ocean. I actually have a small powder blue notepad somewhere with lists and sticky notes that detail all the ways I could attempt to integrate ourselves into our southeast community. Though I didn’t really use it after the move, scribbled inside were local Facebook groups for moms and tots and basically any avenue that could get the kids and I out and mingling.

So not only did the question catch me off guard because of its brashness, but it also caught me in literal unfamiliar territory.

If you’re hoping my reply to his crass question was buttery smooth yet stern enough to shut the conversation down, I’m sorry. My response scattered like runaway coffee into a warming plate in the absence of a mug.

I told him she was a surprise. We wanted to wait a few more years before we tried for a girl, but it just happened. I wanted a four-year gap between the last two just like our first two (and why was I explaining this to a stranger?).

He rocked back in his chair and told me of two educated friends whose third children were also surprises. “There are ways to prevent surprise children,” he told me. He listed a few preventative measures, and I gulped like I had swallowed too-hot coffee.

He had one more question. “You’re done now, right?”

A painful grimaced-type smile briefly graced my face as I told him we wouldn’t be able to have any more children.

Seemingly satisfied with the right hook he threw to my still healing cesarean scar, he asked how long my husband had been in the service, where we PCS’d from, and how long we’d been in the area. I rattled off my answers in quick succession in hopes of marking the conversation with a big, fat period. My husband came out of the mobile center just as that punctuation mark was planted. I did an eye roll when I saw how respectful the man was as he addressed my husband and told him he looked too young to be a MasterGuns.

Since that interaction, I’ve received laundry baskets worth of comments about our family. Maybe you’ve heard some variation of these too: 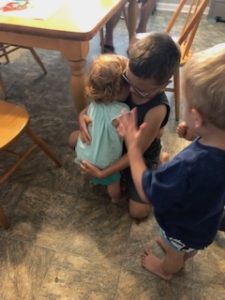 “You have your hands full.”

“Wow, your kids are so close in age.”

“What’s it like having two in diapers? We made sure to wait until one was out of diapers before having another.”

“I don’t know how you do it. We planned a healthy number of years between each of our children.”

“We already have one boy and one girl, so there’s no reason to have a third.”

“We wouldn’t add that unnecessary stress to our family.”

During the first year of our daughter’s life, when she and her middle brother were in diapers and my oldest was adjusting to a new elementary school in a new state, I’d almost shrug my shoulders in a ‘tell me about it’ manner when someone would make a statement like the ones above. I’d tell them I survived on copious amounts of coffee and long nap times.

But with time I’ve learned that I don’t owe anyone an explanation.

Yesterday, someone’s words about our large and loud family would have taken away one of my Jumanji lives. But today, I can hear one of those statements and carry my protesting toddler away from the playground without being insulted. Yesterday I’d see our days as one hiccup after another all the while questioning my ability to successfully mother twenty-one month apart siblings. Today I’m far less interested in what the world has to say. 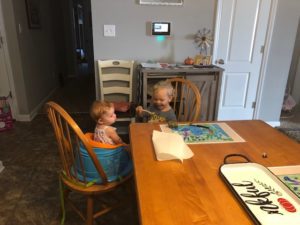 I’m not buying what the world says about motherhood.

The world likes to call us hot messes; I think it’s easy to wear that label like there’s no other option. I used to hear other people’s opinions of us and dwell on how tiring our days were, how many arguments I had to extinguish on a daily basis, and if I was actually succeeding with giving equal quality time to each child. I was exhausted with trying to attain what the world (or what I thought the world) was saying a mother should be.

But a year ago I made the decision to no longer speak those words over myself. I vowed to not throw the term ‘hot mess’ into a casual conversation with other mamas.

This mothering of young children business is actually a really short one, and I’m trying daily to dispel the myth that motherhood could look squeaky clean if only we tried hard enough.

I’m living with three young souls who are learning daily what is acceptable and what isn’t. They’re learning what it means to be a human being. I am too. How I am parenting; the choices we make as a couple and a family; the mess and the glory are all mine. I do not have to explain it to anyone.

Public tantrums happen. Public sibling rivalry happens. Public disobedience to mom and dad will happen. It’s not enjoyable at the moment, but I’d rather see my life as overflowing with blessings. Instead of letting all the noise, mess, and embarrassing moments overshadow everything, I choose to see the good. Because there is so much good.

So whatever well-intentioned people, society, or the world at large is telling you about motherhood – I’m not buying it. And neither should you. 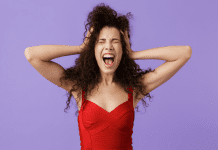 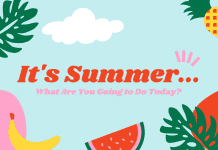 It’s Summer…What Are You Going to Do Today? 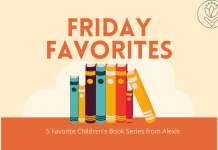 Breastfeeding After Year One Is My Choice