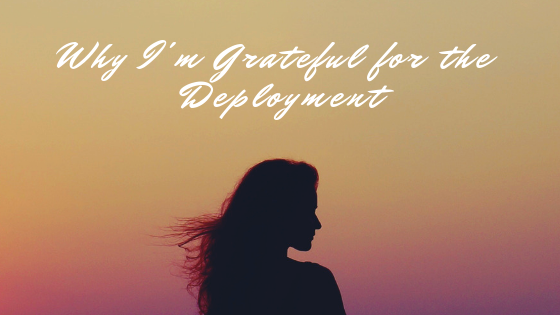 If you ask me how I feel about my husband’s deployment, it might be a curse-laden rant about him being gone for nearly the first ten months of our daughter’s life. But most of the time I look back on the deployment with pride and gratitude.

Yes, I said it, gratitude.

For someone with a history of anxiety and panic attacks, I didn’t think I was going to appreciate deployment at all, especially as a brand-new mother. But, turns out, the obstacles I was forced to climb over ended up giving me a renewed sense of confidence.

My husband would often make jokes about an impending deployment. I’d roll my eyes and brush it off.

“That’s not going to happen to us,” I’d say to myself like it was a silent prayer.

But it did, and the timing couldn’t have been worse. He came home one day in April with a look on his face that told me he knew something he didn’t want to share.

“I’m deploying. In August or September,” he said, holding back tears. The same time our first child was due.

I was already nervous about embarking on the parenting journey, but now I was left to do it in a new town nearly 2,000 miles from any family for nearly ten months by myself.

The day my husband left my body was still puffy and swollen after labor, and I was so sleep deprived from our newborn’s erratic sleep schedule that I didn’t have enough energy to process what was happening to my family. On the third floor of the airport parking garage, he gave farewell snuggles to our 28-day-old daughter while also giving her a farewell diaper change.

“One more time for the road,” he whispered in her tiny ear.

He hugged me so deeply I felt my body melt into his arms. The goodbye was faster than I imagined. We ripped the bandage off – as they say to do – and didn’t linger. It was time to get this started, no sense in delaying it any longer.

As I drove away and wiped my tears, I muttered, “It’s just you and me baby girl. It’s just us now.”

Three years earlier, when I was suffering from undiagnosed anxiety and panic disorder, I had a friend take me to the ER because I thought I was having a heart attack (a common reaction for those having panic attacks). Over the next several months, I sought therapy and kept a list of coping skills that helped me control this disorder.

Before my anxiety was controlled, one of the ways I tried to manage it was by avoiding triggers.

You would think being at home while my husband was at war would be the ultimate trigger. But instead, it was the ultimate test, one in which I had no choice but to pass.

Being alone during my husband’s deployment felt like I was dropped off in the middle of the forest with no tools or map and had to figure it out on my own. There’s not one parenting book or blog article that’s going to give you the roadmap you need to be successful; we figure out what works best for each of us.

During the next 10 months, I was forced into uncomfortable situations that I had to overcome.

“Find comfort in the uncomfortable,” I’d repeat to myself.

A friend told me I was going to be a stronger person after the deployment, which I hoped would be true because it was either going to make me or break me. She was right. A superhero like influence powered me to push my crippling anxiety to the side and fight through challenges I would have otherwise tried to skirt around.

I discovered a fierce, independent woman with a new sense of purpose: not as a corporate career climber, but as the bedrock of my family.

I didn’t think I had the patience to manage every household need from the mundane tasks to complex issues, but as I checked off each day and task, I slowly built confidence that helped me believe there wasn’t anything I wouldn’t be capable of doing in the future.

One night my town was under a tornado warning, something I’m not familiar with because I’m from the West Coast. I had the news on, and they were warning us to take cover right away. I grabbed the baby and dog, and we jumped into the bathtub in the downstairs bathroom, all three of us crammed together. I heard the reporters listing off the street of where the tornado was at that exact moment. It was inching closer, street by street while I held on tight and braced for impact. Thankfully, we were safe, and our house was intact, but many others in my community were affected.

Shortly after the tornado, I had a faulty house alarm go off at 3 a.m., then my car was broken into along with several of my neighbors, and my mom was hospitalized for two weeks due to an infection. At the same time, things started heating up where my husband was, and they were under more intense security measures leading to a three-day blackout. These are all excruciating things for anyone to go through, let alone someone with a history of anxiety. But with my toolkit of coping skills and strength needed to care for my baby, I got through it all with no breakdowns or setbacks.

One of the coping skills that was most important for me was to not catastrophize. I tried to live each day in the moment, focusing on what was happening at the time. I would think to myself, “Today, my mom is alive, and my husband is safe. Things might get scary tomorrow, but right now I can take a big breath and be thankful.”

Deployment isn’t an experience I looked forward to, and I’m certainly not hoping one comes again soon, but looking back I can say I am grateful for it because it forced me out of my comfort zone, challenged my stamina, and put my coping skills to the test. Every day I became stronger and more capable of taking on anything life threw at me.

Fighting anxiety requires a strong sense of confidence earned over time. The deployment experience taught me that I am far more capable of being a strong mother than I ever imagined I could be. I know that life’s challenges will always present themselves, but I have the toughness and experience to persevere.

Nothing builds your confidence quite like holding down the homefront, and for that personal success, I am grateful for deployment.

For more from Marysa, check out her past guest post here. 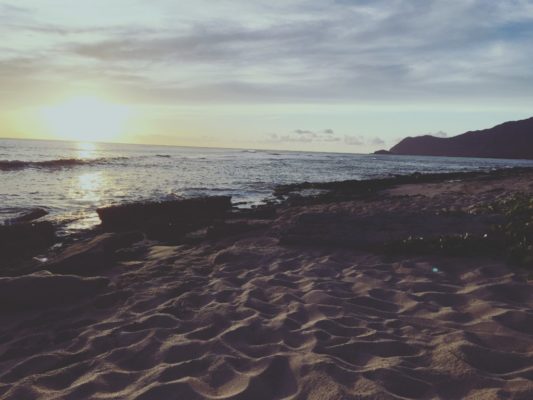