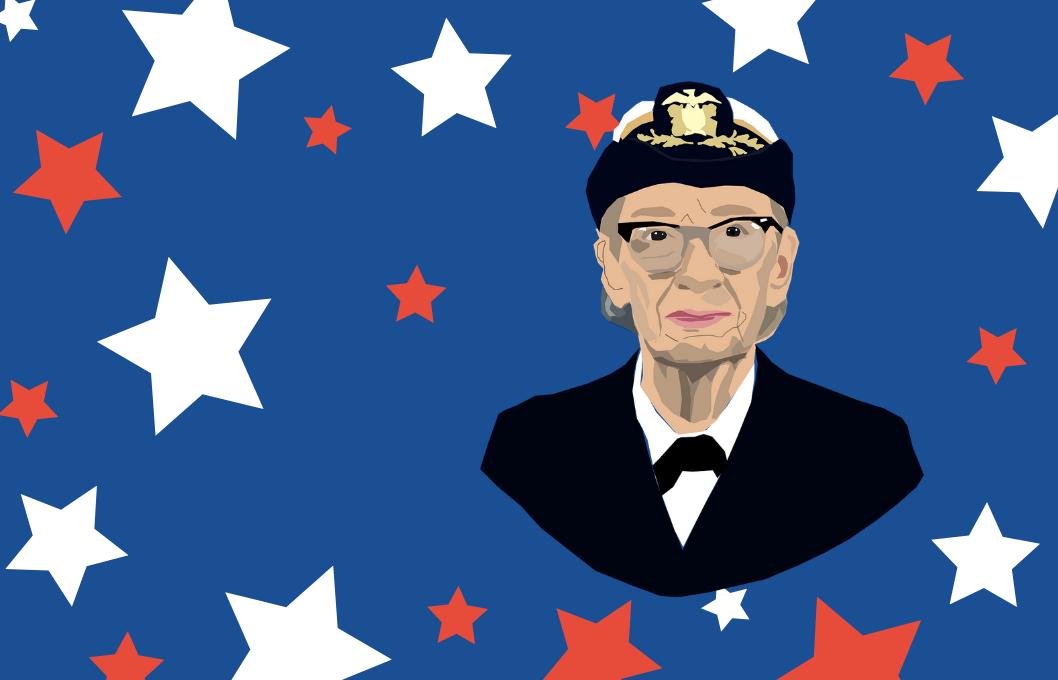 The death of Supreme Court Justice Ruth Bader Ginsburg – Notorious RBG – seems to have shaken up the nation. But it has also sparked conversations on her accomplishments and feats. I had no idea of all of the amazing things she had accomplished until she passed away. Did you?

That got me thinking about other women who inspire me – Maya Angelou, Coretta Scott King, Anne Frank, Rosa Parks, Amelia Earhart… The list is really too long to put them all here.

You’ve probably heard of all of those – but perhaps you have not heard of Grace Hopper. My father heard her speak in the 1970s at a Naval Reserve meeting, and she impressed him so much that he told me about her.

Grace Hopper was born in 1906 in New York City. She attended private schools and earned degrees in math and physics in 1928 from Vassar College. Two years later, she graduated from Yale with a master’s in math. She taught at Vassar while she worked on her doctorate at Yale (which she completed in 1934).

In the early 1900s, it wasn’t common for women to pursue a degree in what was then (and now) a male-dominated field. An interesting side note I learned – a fairly high number of women received their doctorates in the 1920s and 30s. This wouldn’t happen again until the 1980s!

Grace was a small woman, and when she tried to join the Navy during WWII she was rejected. She was sworn into the U.S. Navy Reserve (Women’s Reserve) in December 1943. As a computer programmer, she was assigned to the Bureau of Ships Computation Project at Harvard. She worked for Howard Aiken who had developed the Mark I, one of the earliest electromechanical computers. Hopper programmed the Mark I and wrote the user manual for it – all 561 pages of it.

Hopper continued to work on top-secret computer calculations that proved essential to the war effort in WWII. Besides computing rocket trajectories and calibrating minesweepers, Hopper and her cohorts “ran numbers” that were then used by John von Neumann in developing the plutonium bomb that was dropped on Nagasaki, according to an article in Yale News.

Hopper stayed at Harvard after the war and helped develop the Mark II and Mark III.

She was the one who first called a computer problem a bug because one night the Mark II had a problem – a moth was stuck inside! Thus the term “debugging.”

She left active Naval service in 1946, and in 1949 she joined the Eckert-Mauchly Computer Corporation in Philadelphia. Three years later, in 1952, her programming team developed the first computer language which translated mathematical code into machine-readable binary code. Then the team developed Flow-Matic which used English words.

Her goal was to find user-friendly computer languages for the “average” person, even though she had been told she couldn’t because computers didn’t understand English. She was responsible for the success of COBOL, which by the 1970s was the most used computer language worldwide.

Grace was forced to retire from the Navy reserves in 1966. But shortly after, at the age of 60, she was called back to active service. Her subordinates nicknamed her “Amazing Grace,” and she continued in active duty for 19 years, working to standardize the Navy’s many computer languages.

Hopper retired as a rear admiral at the age of 79 – at that time the oldest serving officer in the U.S. Armed Forces. Yet she was most proud of her time as a teacher.

In his book Grace Hopper and the Invention of the Information Age, Kurt W. Beyer shares this information. When she was awarded the National Medal of Technology, she said, “If you ask me what accomplishment I’m most proud of, the answer would be all the young people I’ve trained over the years; that’s more important than writing the first compiler.” She continued to work until about a year before she died in 1991. She was buried in Arlington National Cemetery with full military honors.

Here are just a few of the other awards and notoriety she gained:

In 1994, the annual Grace Hopper Celebration was started to highlight the contributions of women in computing and tech. Today, it is the world’s largest gathering of female technologists allowing women worldwide to learn, network, and celebrate.

My Takeaway From This Woman 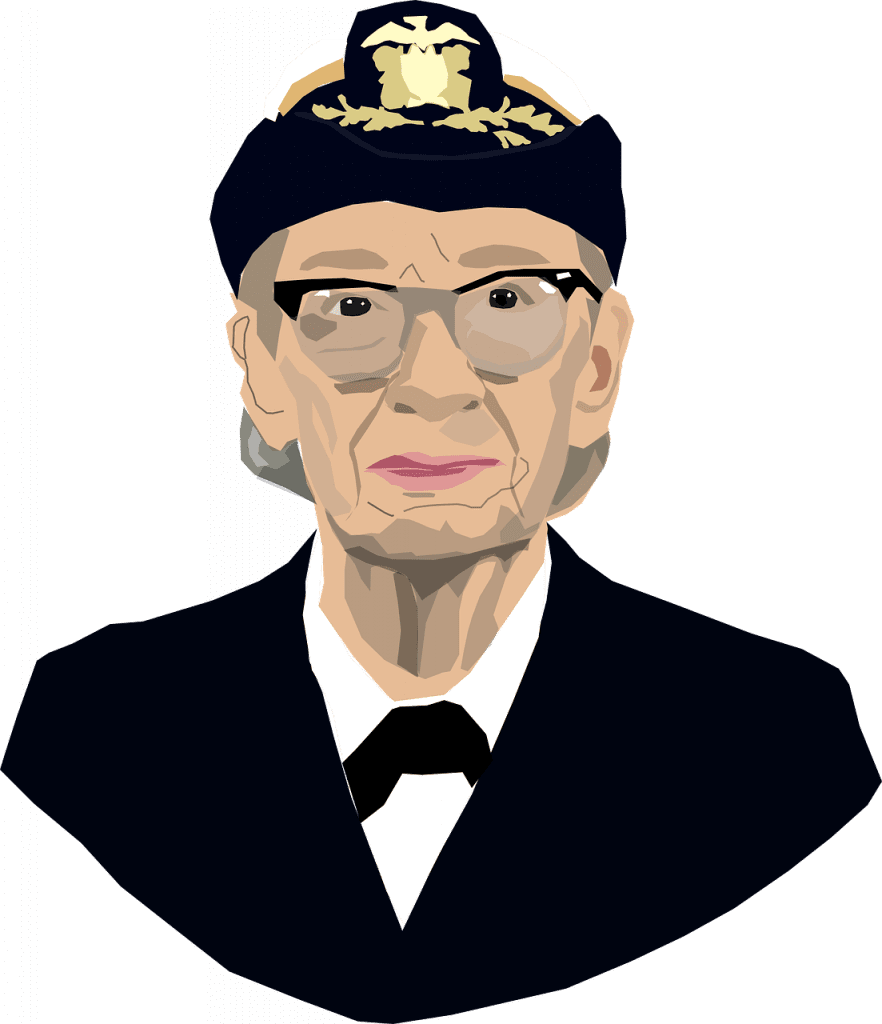 Grace Hopper wrote the world’s first computer programming manual. Sometimes I struggle with the English language. I remember when I went to college in the early 1980s and took a course on COBOL. It was apparent pretty quickly that a degree in computer programming was not in my future! She could translate something that no one else could see.

What inspires me about Grace Hopper is what inspires me about the notorious RBG and all the other women I mentioned. She (and they) were pioneers in their fields; they fought fiercely for women and women’s rights; they believed in the strength and intelligence that women bring to the playing field and refused to back down; they continued to fight the good fight until the end. 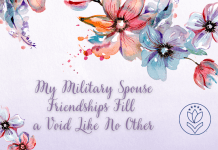 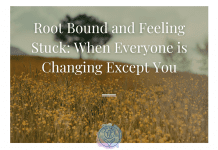