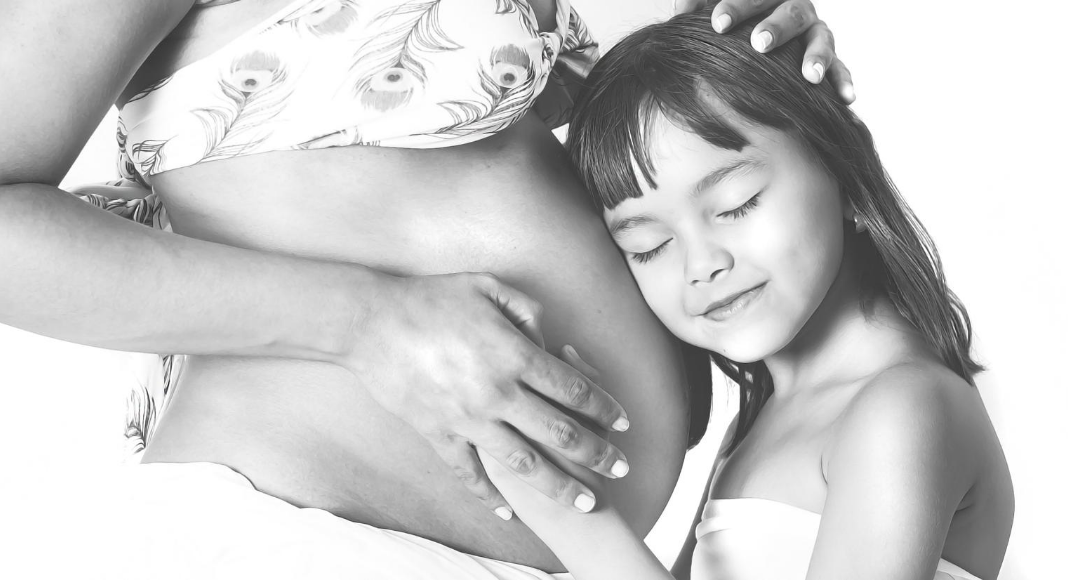 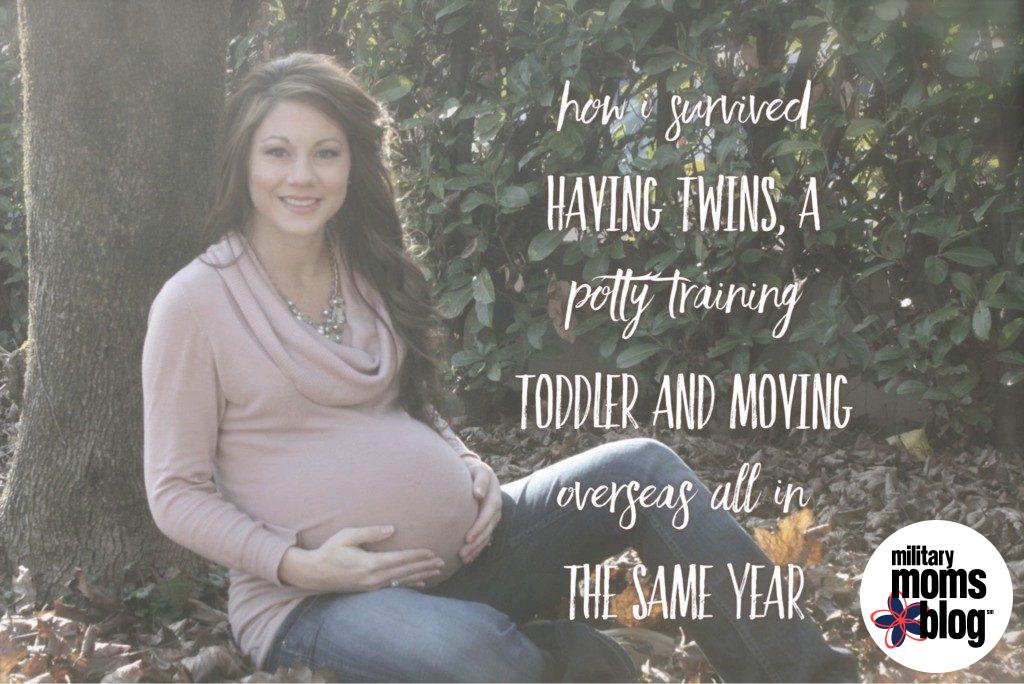 I read one time that in an effort to minimize stress and anxiety, you should only have one major life event in a year. Get married, have a baby, change jobs, move anywhere … those things might all happen at some point in your life, but you’re supposed to space them out. Right? Right.

Well, six years ago, when my husband and I were expecting our third child, we were greeted by the fact we were not only having our third but our fourth! Our 5-year-old daughter and 1-year-old son would be getting TWO new playmates! I was overwhelmed—I mean—overjoyed from the start! We received a card from someone addressed with my husband’s call sign. It said, “To CHAOS and family.” Yup, that sounds about right.

Our son turned two shortly after the twins were born, so he was somewhat older and more … mature. No, wait, shall we say, independent. That doesn’t quite sound right either. Anyway, he graduated into that important stage of potty training. I know because he came down the stairs one day in his sister’s underwear insisting he was ready. He would independently pee all over the place: the bathroom, the stairs, the tree outside. Life was …unpredictable. 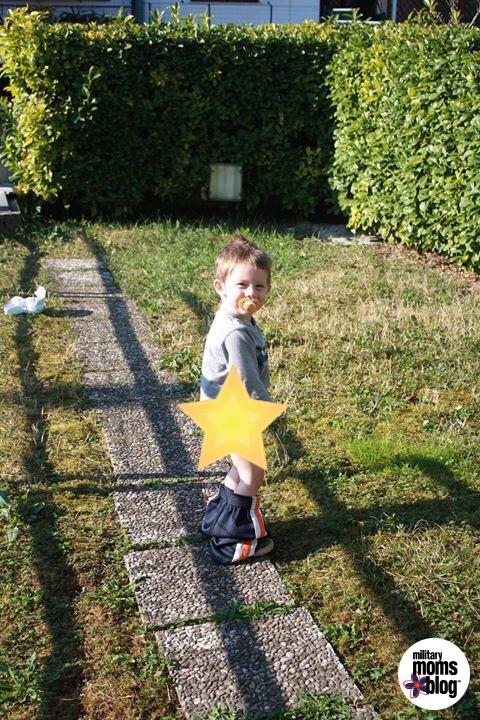 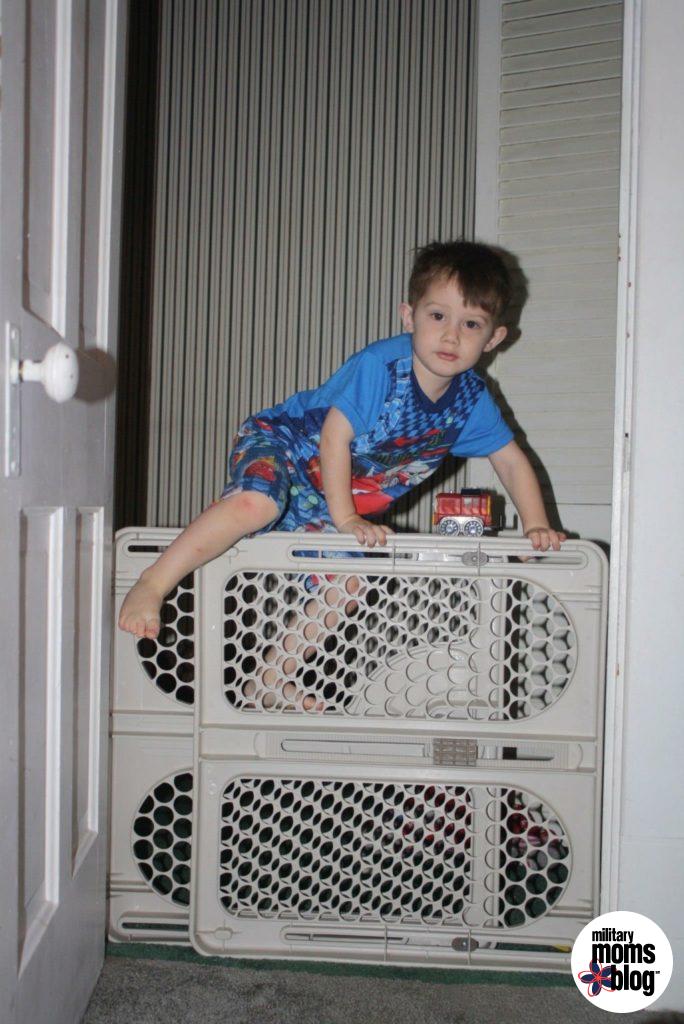 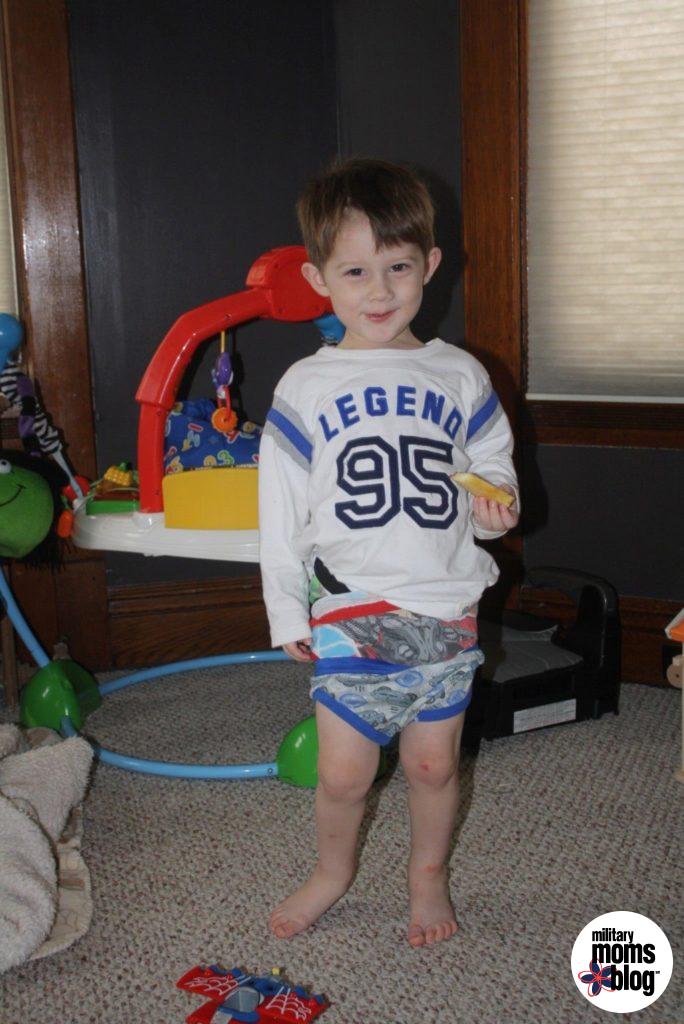 Anyway, at least our oldest daughter was a big help. She would go on a bus to school for what seemed like an entire work day, allowing me to juggle nursing newborns behind locked doors and closed shutters, without concern that I wasn’t paying her enough attention, too. Thankfully, as a stay-at-home mom, I had the luxury of limiting my job requirements to that of being an escort to the bus stop, the life-support system of two tiny babies, protector of a curious toddler and guardian of the bed sheets.

My mommy brain was sleep-deprived, malnourished and short-circuited by an endless need to control feeding schedules that I had a hard time figuring out how to make anything other than milk, which is really an involuntary activity anyway. And I really wasn’t too great at that either. I swear the day came that I forgot how to boil spaghetti, so yeah…but somehow we all got fed during those early months. It helps that my husband enjoys cooking and things that are occasionally burnt—I mean, charbroiled.

Six months into transforming into this crazed mother-of-multiples, my husband got orders to South Korea. It was a yearlong assignment … for one.

The kids and I had a couple months to figure it out where to live. Because my husband was stationed at Aviano Air base, we were living in Italy and had to relocate back to America. So we decided it would be a good time live near extended family. At least for the year. With absolutely zero rental options for a family reduced to five in our hometown, naturally, we decided to BUY. And not where we planned to retire.

We shopped for our very first house online. Both sets of parents, who live in the same area, toured the home. The sellers sent us photos and video. We negotiated via email and eventually bought it. We bought our first (ever) house in America, without having set foot in it while living in Italy. Our parents thought we were crazy. We probably were. Stress has that effect on people.  A year later, we decided to buy our second home my husband had never seen, only this time it was in Las Vegas. Our parents had signed, stamped and sealed our crazy status at that point. But hey, you gotta do what you gotta do…when duty calls.

Fortunately for us, with a little bit of luck, a ton of planning and feverish prayer, it all worked out. We bought and sold our first (and second) home right when we needed to. Plus, the twins survived, my son found the toilet and my daughter made it home from school! Every. Day. Well, my son may have missed his mark a few times. However, we practiced that routine daily (routines are great!) and got better. Those days turned into weeks and those weeks have turned into six years. Since the twins were born in February 2012, they have had four homes in three different countries and everyone is potty trained. Almost. 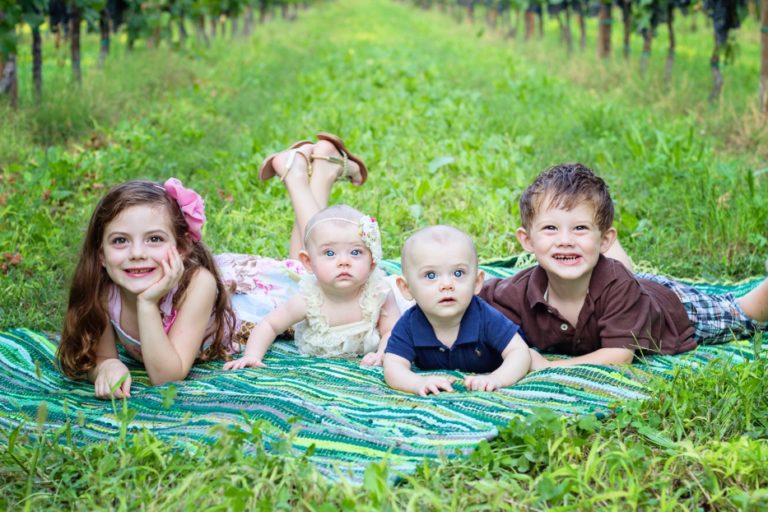 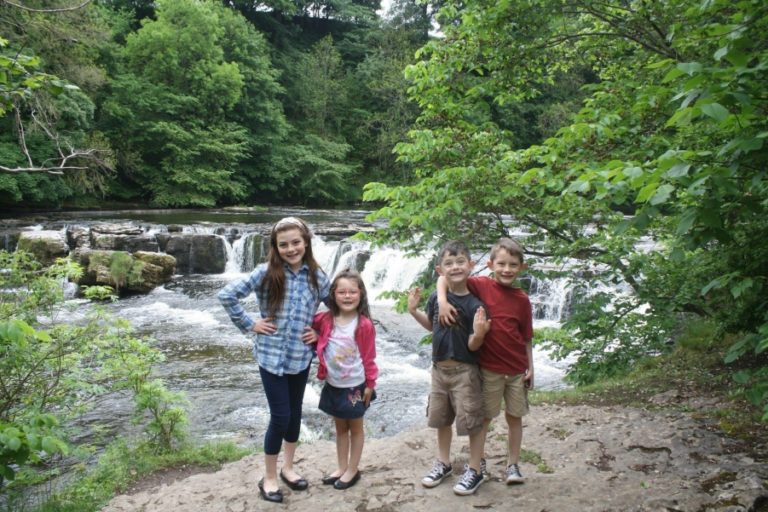 Some days are more difficult than others. Some days you might make a mess of things, but some days you hit your target. With practice, over time, things get easier and you hit the mark more often than not.

I can honestly say that being a mother of multiples has gotten easier. I lived in “survival mode” for a while, but eventually, I managed to move past that stage. So on the days when you have forgotten how to boil pasta or someone literally pisses on the Cheerios, remember:

Tell your spouse/parent/sibling when you need help making dinner, a bottle or a target for the toilet. Tell someone when you need an hour (or more) to yourself. Take a nap or take a drive. Take a bath … and take a glass (bottle) of wine with you! Spouses need to contribute whenever possible. A family is a team effort, and we had gone from man-to-man to zone defense.

Cut out extraneous things and focus on the family. I took my oldest daughter out of ballet and gymnastics because it was too much on my plate when preparing for an overseas move, potty training, and nursing two babies who also had physical therapy for plagiocephaly. She was out of dance for maybe half a year and, guess what: she’s totally fine. She survived. Let go of the guilt of only being able to give each twin half the attention you would of a single baby. Let go of the fact your 2-year-old might still need a pacifier. Let it go if your young children dress themselves but don’t match. Does someone else care more than you do about their hairstyle or hand-me-down clothing? LET IT GO. They will survive.

Hopefully, you have some compassionate and caring friends who are also independent. Hopefully, they will see your need to let go of coffee dates, spouse socials, etc. in order to focus on your family … or at least for you to walk around naked from the waist up for the better part of the day. Nursing newborn twins is like a strip show every two hours. It’s easier to do that at home unless your friends are totally cool with that. They might even bring you baked rigatoni and watch you eat it with a burp cloth covering your bare chest.

Ya Gotta Have Faith

You can’t just be a “Mommy Milk Machine” locked up at home. You need to get out occasionally and speak to an older human. One that is taller than your waistline. It just makes you feel … well, human. I made it a point to go to a weekly women’s group at our parish. Children were welcome to run around and socialize, and so could I. Those women gave me the faith and confidence I needed so desperately at that time. So find your support group who will lift you up because MOM’s (mothers of multiples) will need a helping hand as much as they need caffeine. Spouses also need to have faith and reassurance that this is merely a time of temporary insanity. Probably. Maybe. Your wife’s hormones will be back to normal at some point. Until the kids reach their teenage years (and you’re dealing with their hormones!).

The military can be a crazy adventure. Just go with it. You don’t have to control everything. And the scary/exhilarating thing is: you can’t. You can adapt and overcome. You can do things you never thought yourself capable of. You can feed two babies at once. You can let your son wear princess panties until you can get to the store to buy boy ones. You can say “no” to after-school activities. You can buy homes in places you wouldn’t consider living otherwise. Sometimes you actually get to see it before you buy it!

It’s true what they say: that time of your life goes by so fast! Remember to be present daily; not remembering how things were or how they might be, but rather how things are. Embrace the CHAOS with a thankful heart! You can survive and THRIVE! 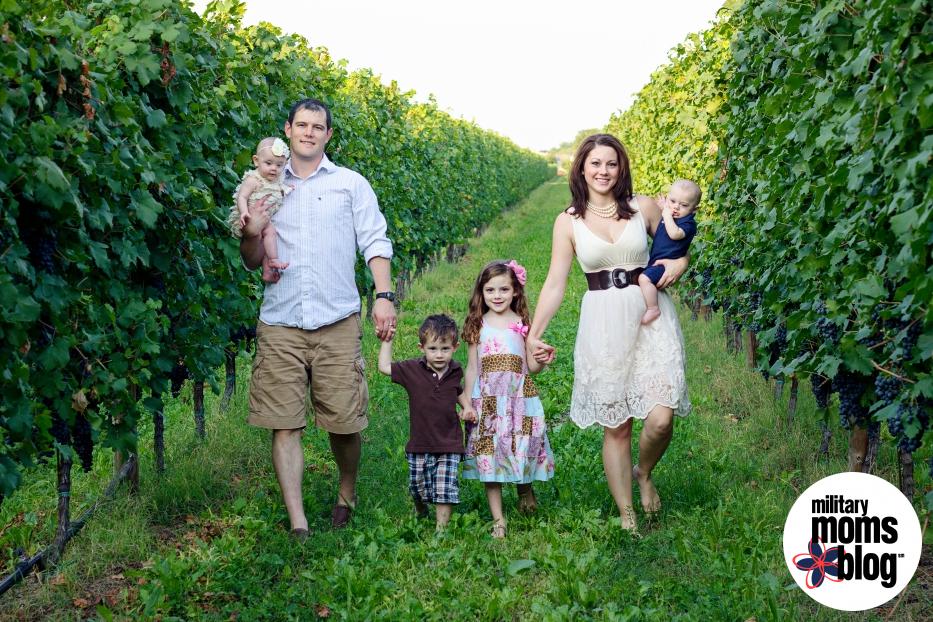 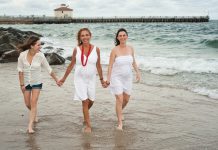 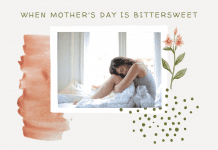 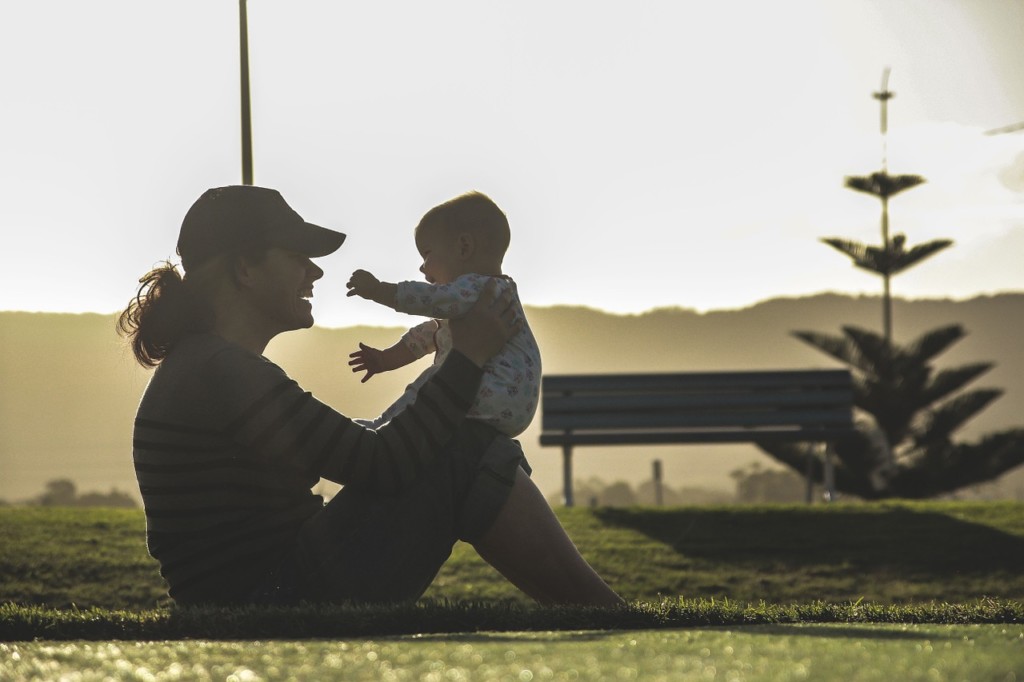 A Poem for Postpartum Moms