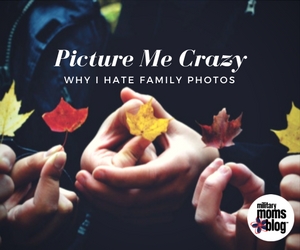 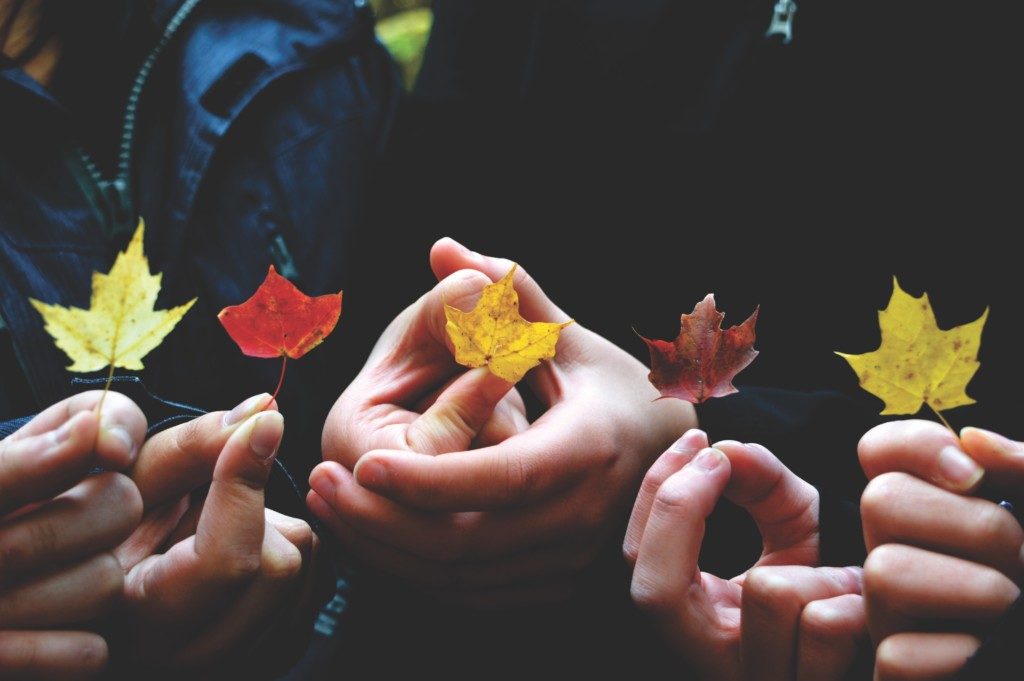 There has been a lot of talk about “Fake News” lately.  But I can attest to the fact that the Internet has been lying to me for years.

Many of my Facebook friends have been circulating highly edited photographic propaganda which has resulted in extreme stress and feelings of inadequacy. The scourge I am, of course, referring to is the “fact” that family photos are fun, easy, and not currently characterized as torture by the International War Crimes Tribunal.

A quick Google search for “Family Photos” returns countless images of gorgeous families gleefully frolicking in the autumn leaves, an endless menagerie of multi-generational linen-clad groups on the beach, and serene new moms carelessly gazing upon their sleeping cherubs in a perfectly curated nursery. Everyone is looking at the camera at the same time (and smiling nonetheless!), and their outfits are immaculately coordinated down to the baby’s designer drool bib and the pup’s bedazzled dog collar.

My crackpot idea to pay a professional photographer a significant amount of money to take photos of my family in the above situations arose out of my Thanksgiving food and wine buzz. After dinner, as I happily lazed on the couch scrolling through photos from the day, I suddenly felt a sense of panic. Thanksgiving had come and gone and I did not have “any” (I had only taken about 49,000 that year) photos for our Christmas card.

Since we have embarked on this Fantastic Voyage that is military life, sending holiday cards has become a priority for us as a way to share our adventures with friends and family at home. At the time, we lived just down the street from a really neat California Mission that I knew would be a great place for pictures. However, that sentiment was also shared by the majority of folks stationed at Vandenberg AFB.

As you all know, there are exactly three locations at each station in which 98 percent of people who reside there have their photos taken.

Ours, I thought, ours will be different.

We’d have them taken at the entrance to the room with the candle making equipment rather than the giant loom or animal pelts. We’d stand at a different angle in front of the enormous tree than everyone else used in their photos. We’d somehow get my kids on one of the horses who are known to frequently bite children, and they’d ride like the wind for the camera. I felt like Annie Leibovitz.

Keep in mind that I may have had a glass or “two” of wine.

I had recently bought my girls, who I will call Kathie Lee and Hoda, new outfits in anticipation of the cooler weather that I just knew would be perfect. I could wear a denim dress of some sort, and I would actually iron whatever it is that my husband wears when he isn’t in uniform. Easy peasy.  I booked the first session available with the photographer du jour in the area.

I was excited about it!  I was an idiot.

The next day, I decided to explore the photographer’s website to see if there were any photos in particular I loved that we could try to recreate. Do we want posed or candid photos? Do we want to fashion our hands collectively into a heart or form a family pyramid? Can we swing a photo in which each member of my family, including my dogs, are gazing upon me adoringly as if I have just told the most hilarious joke while making the most insightful statement in history? Can Kathie Lee and Hoda have a whimsical tea party in a field complete with an artisan-made teepee and live woodland creatures? Sure! Why not? The possibilities were endless.

There also was  a link to “Outfit Suggestions,” and I clicked on it.  Blagh.

I had chosen matching outfits for my girls with light colored shirts and jeans complete with matching Minnetonka moccasins. Squee!

Bright colors, which don’t match but coordinate, and shoes that are not the color of “earth” are the way to go. OK. Um, no bigs, I’ll just order something on Black Friday, it will be cheap.  I still had it together at this point.

So, this brought me back to The Google. And then to Pinterest, and Facebook, and every magazine in my home, and eventually my cookbooks: “The 20 Best Family Photo Ideas,” “100+ Outfits for Cool Family Photos,” “How to Style a Classic Family Photo,” “The Greatest Steampunk Family Photos,” “Earth Tones and Neutrals; Gorgeous,” “Why Bright Colors Make the Best Photos.”

I honestly spent half a day studying color theory.  I consulted my sister-in-law who has a degree in Art History from Stanford. I even went as far as to start a conversation with a former boyfriend’s wife because she is a Matilda Jane Trunk Keeper. For the record, I am still very confused as to how to match those clothes. I posted a desperate plea on Facebook for suggestions.

Again, I was an idiot. You can imagine the diversity of responses I received from 39 friends.

Somehow, among the litany of differing opinions, most of my friends had also posted absolutely stunning photos they had taken.   They made me depressed and inclined to plagiarism.

“Where did you get your outfit? Oh, Zulily three years ago, do you think they still have it?  Do you still have it, and, do you also still have the outfits your children wore?”

All of this actually happened.

Four days and several tubs of cookie dough later, I called the photographer to postpone the session because we had “nothing” to wear. Barf.

I figured out; however, that this was the least of our problems with having photos taken.  Kathie Lee is not “great” about having her picture taken.  She has gotten significantly better over the years but still seems to always find a way to focus on a distant ghost of some sort floating above the left or right of the camera or iPhone.  She will smile, occasionally, for no longer than three seconds.

Hoda will cheese it up, but only for as long as it takes Kathie Lee to look at the camera. Then, she’s done for the day. So, there’s that. I am almost certain one of of my signature phrases is, “I just want one bleeping picture.  Just ONE!!!!!!”  The least of my worries are the dogs.  A mere utterance of the word  “Cookie,” transforms them into captivating subjects on par with Elizabeth Taylor or Jon Stewart.

Meanwhile, my ability to maintain a semblance of a normal life was suffering at the behest of my “research.”  Go big or go home, right?

I tried to justify how fabulous it was to eat Thanksgiving leftovers for the fifth day in a row.  My kids don’t eat what I make anyway, so why even try to make a new meal each night? My dear friend, who always seems to have an exasperatingly reasonable perspective on just about everything and is a frequent interventionist in my life, gently suggested that I may be a tad out of sorts.

I had tricked myself into thinking it was perfectly reasonable to want a portfolio of flawless, yet candid, photos of my family gorgeously outfitted against a unique and picturesque background. You know, something that represented our life on the daily.

I realized I was sick of turkey, all the good rolls were gone, and I had seriously stressed myself out over something that did not matter, AGAIN.

We never even get to the picture-taking stage of this process. I cancelled the session, and we had burritos that night. Delicious food always makes things better for me.

There are families out there who nail this sort of thing  I know them personally, and I concurrently admire and loathe them for their ability to pull it together and look flawless.

After months of listening to me lament about how “difficult” my life had become after having to coordinate my family’s outfits, I convinced a very talented friend (and former Air Force spouse) to draw our Christmas Card. It incorporated everything we loved about the Central Coast of California, and I didn’t even have to do my hair — which is a whole other issue in and of itself. Her card was the most complimented card I have ever sent. Someday, in the distant future, I will take another stab at having our photo taken. Maybe when I can afford someone to style me, and we afford the things he or she picks out. Yep, that will be the day.

Until then, it’s Cartoon Christmas. Why I Love My Capsule Wardrobe 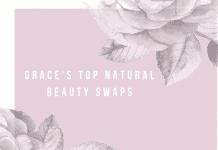 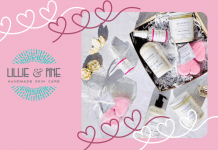 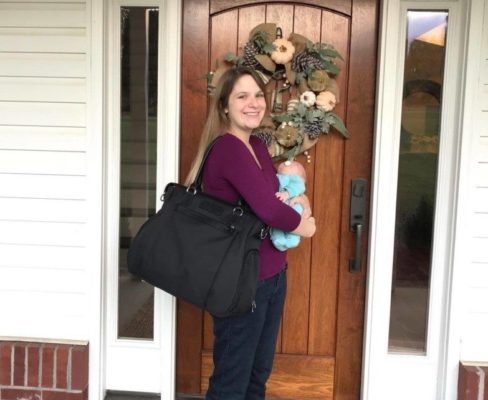