In the decade or so since I’ve been a military spouse, it’s been difficult to effectively relay the ways in which our lives are different from my non-military friends.

Of course, they understand the basics like deployments and PCSs. But it often feels as though those hurdles are so removed from their reality that they can’t connect or can’t visualize what our everyday life is like. And who can blame them?

Their lives are generally filled with routines and straightforward paths. Many of them buy homes (and actually live in them!), have never changed jobs, and live a life of consistency. There may be grandparents around to provide the occasional free babysitting, and neighbors that have watched them grow from newlyweds to frenzied parents. Schools are chosen carefully, advanced degrees pursued, home improvements made, and long-term plans settled. And all of this because their jobs provide the kind of stability we’ll never know until retirement.

This isn’t terribly upsetting, of course, because I genuinely love our military life.

But it can create distance, that realization that the people you love most have no clue what your life is really like. And it’s hardly surprising since they have almost no reference for its many unique facets.

It wasn’t until recently, after a fellow military spouse and friend had knee surgery, that I realized what joins our two worlds together while also clarifying their differences: FOOD. What else could it possibly be? 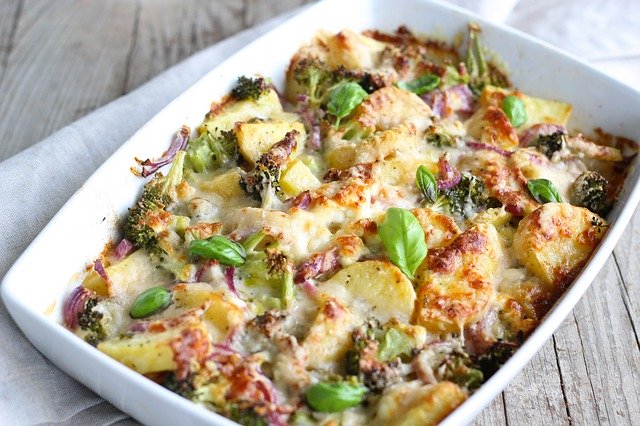 While setting up some dinners for her, I came across a variety of old meal trains I had participated in over the years. They ran the gamut from baby showers to hospital stays, even bereavement. They were in support of both dear friends and casual acquaintances. Some I recalled vividly, while others were fuzzy. But the real shock was seeing them all displayed together—one long list comprising years of casseroles and concern.

Yes, friends, this is the key. This is what our non-military friends can relate to, even if they do not fully understand.

In our world as in theirs, food brings us together. It knits the social fabric, joining colorful characters together in a satisfying endeavor. Everyone is familiar with this. Everyone appreciates it.

But if that long list I viewed is any indication, no one experiences it quite the way we do.

Sure, every neighborhood experiences birth and death. Friends come together to comfort one another with the same variations of mac ’n cheese, spaghetti pie, and enchiladas.

But the very concept of a neighborhood suggests stability. There will only be so many life-altering events, so many times someone needs to be lifted up and taken care of. Those neighborhoods – the ones where parents are home at the same time every night, and the same four families have dependable babysitters at the ready – those aren’t military neighborhoods. Those aren’t the communities we live and thrive in.

Our neighborhoods are made up of newbies and oldies. The newbies are still living out of suitcases, and the oldies have watched the entire block turn over in the three years they’ve lived there. These neighborhoods are filled with unlimited opportunity nearly every day: strangers one moment, close confidants the next. It’s fast-paced and frenetic, but it’s remarkably supportive and flexible.

These are the neighborhoods filled with women who will happily watch your kids when you get sick, pour out a stiff drink because they know you’ve been parenting alone for weeks, and offer you the clothes off their back as you wait for household goods to arrive. They are little pockets comprising the best of humanity—the kind of generosity that exists everywhere, but rarely finds cause to appear.

Except in our military world.

In our world, pulled pork sandwiches might arrive at the hand of a stranger. Your grandmother’s chicken tetrazzini might comfort a grieving woman you met just last week. And it’s not just once in a blue moon. It’s a consistent calling in a life of constant upheaval.

For all of us, friendship and community is truly the spice of life. Ours just has a bit more of a kick to it!

And in our world, as in theirs, food binds us. It builds the kind of support system we all need to thrive in life’s chaos and unpredictability. As I said before, what else but food could do this? 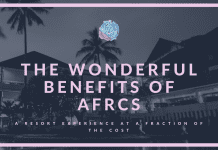 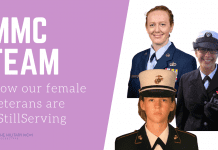