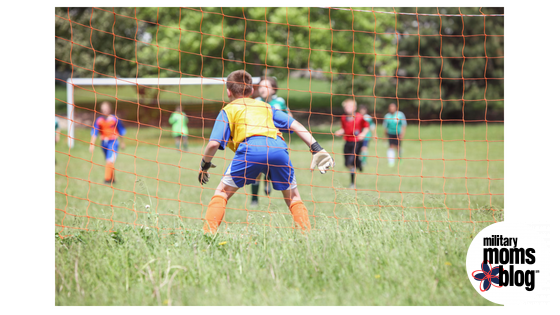 Our 9-year-old son loves soccer. He loves to play it, he loves to watch it, he loves to talk about it. His life revolved around the World Cup this year. The boy eats, sleeps and breathes soccer. He had the opportunity to play on a club team while we were stationed in Europe. We thought it would be a great opportunity for him to learn the game from a new perspective, get a different coaching experience, and be able play with (and against) kids from around Europe.

We never expected that it would be a venue for bullying.

About halfway through this past season, we noticed he was very frustrated after practice, telling us that his teammates were saying that he was the worst player on the team. It was obvious the bullying had nothing to do with his playing skills, it was all about finding a kid to pick on.

We talked with him about it and generally went with the “don’t pay any attention to them” approach, but over the course of the next few months, things began to escalate. We asked him if he wanted us to speak to his coaches about it, but he wanted to try and handle the situation himself without drawing any further attention.

However, he grew more and more frustrated – his teammates refused to pass to him, they pointed out every mistake he made, laughed at and mocked him, and even outright shoved him at times.

When it became apparent to us that the coaches were either unaware of what was happening or they were choosing not to address it, we voiced our concerns. The coaches’ response to our son?

“You need to toughen up.”

Addressing Bullying – It Starts at Home

In the past few years there has been a significant focus on bullying – both in school and on social media. Schools have adopted “zero tolerance” policies, states have either enacted legislation or adopted some type of formal policy to address bullying, and the Department of Health and Human services has an entire website dedicated to anti-bullying with tools and resources to equip parents, kids, teachers and schools on the subject.

However, it never occurred to us that bullying could also happen in the context of team sports. Isn’t that why we encourage our children to play team sports? To learn teamwork, leadership, communication and sportsmanship?

For parents of school-age children who are entering the foray of team sports, it is important for us to be aware that bullying can most certainly take place in this environment. We must take active steps to ensure our children understand that bullying is unacceptable in any instance and in any place – including the field, court, rink, or pitch. We need to instill values and good behavior as well as equipping and empowering them to handle the situation if they are ever a victim.

I will fully admit that my son isn’t perfect and certainly had moments when he was critical of other players during the season. However, when my husband and I noticed that taking place, we shut it down. We explained to him that it was not his place to criticize his teammates and continued to reinforce the concept of “treat others as you want to be treated.”

While coaches are in the best position to address what happens on the field, teaching the concepts of compassion, kindness and empathy – and laying the foundation for them – begins at home. The attitudes and behaviors children learn from their families are what they put forward at school, with their friends, and in their extra-curricular activities.

When I think back about our experience, I second-guess myself (of course, because that’s what moms do!). Should I have seen it sooner? Should I have initially taken his frustrations more seriously? Should we have pushed the coaches and the club to take a harder stance on bullying?

Here are a few of our “lessons learned” :

When It’s OK to Quit

Ultimately, we let our son quit. There were two weeks left in the season, and we were moving anyway, so it wasn’t a difficult decision. However, we wanted to be sure that our son knew the difference between quitting when things got hard, and walking away when you realize that the situation is not going to improve. We certainly didn’t want this experience to taint his love for the game, so we felt that walking away was the right thing to do – especially since the only solution that was offered was to “toughen up.”

I’m happy to report that our son is playing with a new club this season and is absolutely thriving. The team environment is extremely healthy and positive and the coaches really stress the importance of leadership, teamwork, and sportsmanship.

As much as I hated to see my son go through such a negative and hurtful experience, our family learned a lot from it.

“Treat others as You Want to Be Treated” 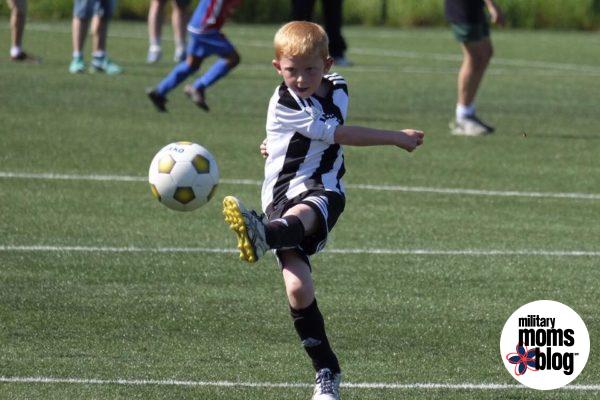 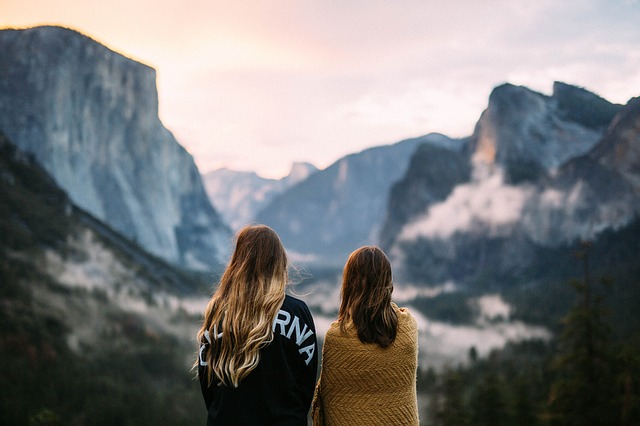 The Importance of the Key Spouse