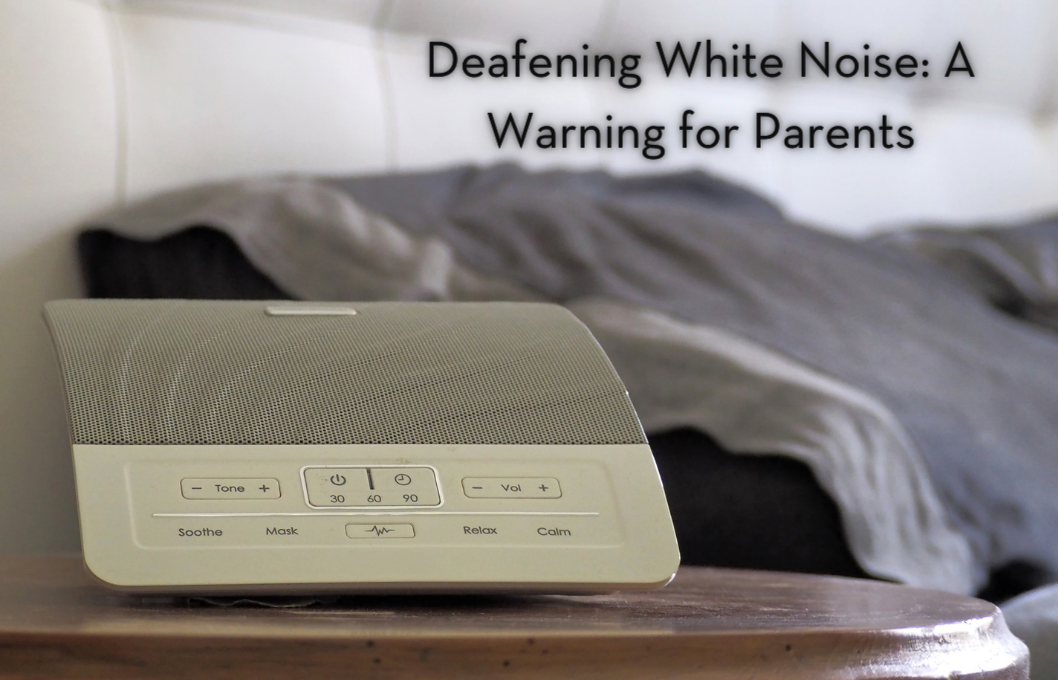 Did you use a sound machine when you had babies? Are you using one now?

Do you know the correct sound level they should be set to?

I fall in a weird gap of my first two kids being infants before white noise machines were particularly common place and having my second two kids being coached every second of sleep by a professional sleep consultant with a sound machine roaring nearby.

I signed up for a sleep course before my twins were born, desperate for any head start I could get on solid sleep. One of the first things the company mentioned that I should purchase to help with good sleep habits was a white noise machine. They recommended several different machines, and I purchased a couple of the less expensive models. I cranked up the white noise and crossed my fingers for a miracle to happen.

Alas, there was no miracle and our sleep woes continued.

I signed up for a different sleep training course, which also recommended the white noise/ pitch black combination. So dutifully, I blacked out all of our windows and kept that recommended sound machine blasting on max volume. Again, the sleep woes continued.

After failing to achieve any results at all, I landed with a personalized sleep consultant who worked with us to finally achieve more consistent sleep.

I really wanted my twins to share a room, so we decided to try putting two sound machines in the room, with one of them placed between the cribs to help drown out the noise from one twin to the other. Each afternoon for nap, and again at bedtime, I’d crank both machines to full volume and leave the room. Long story short, my twins don’t like to share a space and after 8 months of forcing them to, they finally slept through the night by being separated.

However, at 22 months of age, neither baby was meeting their language milestones. Both seemed able to understand directions, generally, but the words were far below the expected minimum.

My pediatrician asked if I expected any hearing loss might be in play.

No, I quickly answered. We don’t have a history of it in the family; they passed their newborn screening; and neither baby had had any sort of ear infections that would make me think there was anything going on. But the words still weren’t coming.

As I was looking around on tips for encouraging language, I came across something that mentioned the maximum decibel level that sound machines should be set to was far below the level the machine produced at its maximum setting. Repeated long term exposure (hello 14 hours a day) to noises above the 50 decibel level could cause permanent damage to a baby’s hearing. For reference, for anything above 80 decibels, it is recommended that you wear ear protection.

Curious, I downloaded an app that measures decibel levels and put my phone in the crib, turned on both sound machines in the nursery, and closed the door.

Surely that can’t be right, I thought to myself. This was a sound machine recommended by pediatric sleep consultants (to be fair to the final sleep consulting company I used, it was not a product specifically recommended by them). In fact, on Amazon, it comes up as the #1 best seller in Baby Sleep Soothers. I turned off one of the machines and while the sound dropped slightly, it was still nowhere near that 50 decibel safe zone.

For almost 2 years, I had been repeatedly exposing my infants to long periods of noise well above what is safe. To say I felt sick to my stomach is an understatement.

I have baby proofed my home in every inconvenient way possible. To cross from the first floor to the second floor is a wild maze of gates that make my older two kids crazy, but we do it in the name of safety. Our kitchen is a fort of magnetic cabinet locks, but the girls are protected. I take safety seriously because I can’t realistically watch both of them every second of every day. But each night, I had been putting them in a room that jeopardized their long term hearing, and I had absolutely no idea.
I immediately dropped the level of the sound machines, used the decibel app to determine what the knob on the sound machine should be set, and marked it with nail polish. The girls didn’t sleep quite as soundly that night, but they adjusted. And I called the pediatrician to schedule hearing tests.
I haven’t received the results yet, and I know that more than likely they are fine. Their speech delay is likely a result of being twins with older siblings who talk for them. Even in the event they have suffered some loss, it won’t be catastrophic.

However, I am deeply bothered that this would have been completely preventable.

There was a total lack of communication on the part of any of the sleep coaching companies who promoted white noise machines or the company that produces the sound machine about what safe volume levels are. There was no slip of paper in the box the sound machine. I did not read a single review that mentioned the volume- though I’ve made sure to write one.
Could it be true that all bedrooms are different, and that the machine was meant to be used in a larger room? Sure. I actually tested that out in my large master bedroom and the volume was still well above 50.
Ultimately the responsibility falls on me to protect my kids, of course. But it hard to know to protect them from something that is marketed as a baby tool, especially when I am instructed by sleep professionals to place said device close to the crib for maximum efficiency. I remember the coaches saying that, “It’s NOISY when they’re in utero,” certainly louder than any white noise machine, so don’t be afraid to turn up the volume.

Parents, don’t make the mistake I did. Turn those white noise machines way down.

Move them as far from the baby as you can if you still need them. At this point, I’m weaning my girls from them entirely. It might be overcorrection at this point, but I’m doing it anyway and hoping it’s not too late. 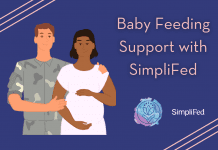