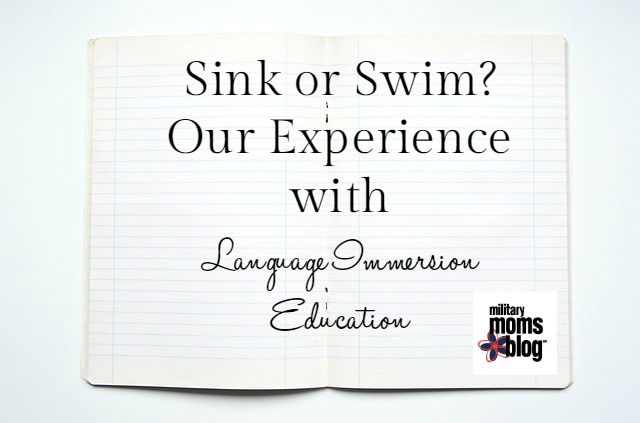 One of the most stressful decisions we make as parents is where to send our children to school. If you are a military family, you do it more often than our country holds presidential elections.

Our children start a new school every 2 to 3 years, and we want to make that transition as easy as possible for them, right? But what if your child had the opportunity to learn a second language courtesy of overseas orders?

Language immersion education was our primary concern during our move to Belgium over two years ago. For our younger son, who was almost 4 at the time, the only option was the “Belgian Kindergarten” (what we would call preschool in the U.S., plus kindergarten). French is the only language spoken at the school, but the curriculum isn’t too rigorous. This allows the children to learn a new language in a fun, social environment.

On the other hand, our older son was two-thirds of the way through kindergarten in the States when we arrived in Belgium. With less than eight weeks remaining in the school year, the easiest option was to enroll him in the American (DoDEA) school to finish kindergarten while we decided what to do for the long term. We soon realized, however, that an incredible opportunity had presented itself to our family. Our kids were young enough to learn a second language fairly easily, and we had the luxury of 3-year orders, which meant there was plenty of time for it to soak in.

After much thought and deliberation, we decided to enroll our rising first-grader in the Belgian school rather than going the DoDEA route. We felt that the Belgian school offered a lot of “extras” in addition to the language, such as religious education, swimming, optional music lessons after school, and cursive handwriting — not to mention, it also serves as a cultural immersion. So, we sent our 6-year-old off to Première Année to learn beaucoup de Français from Madame.

We couldn’t wait for him to become fluent before our very eyes … except that he didn’t. Well, at least not right away.

Our son appeared to be thriving during the first two months of the school year. He was excited to go to school, he was making new friends, and, most importantly, he was learning French! Bravo! 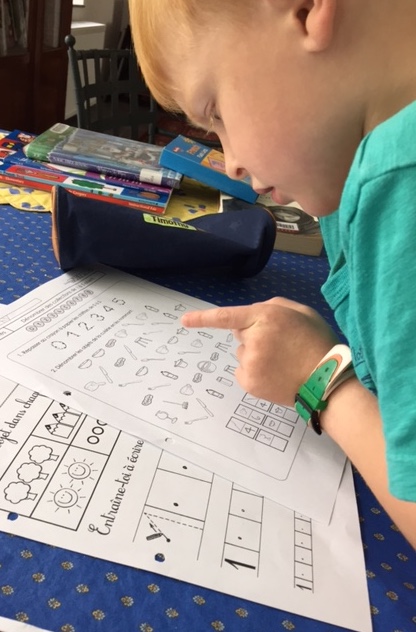 And then the novelty wore off. He complained about going to school; one of his new friends wasn’t being nice to him; and learning French was declared “too hard” (And based on my own French lessons, I’m in 100 percent agreement on that last point!). However, at our parent-teacher conference, Madame told us that he was actually doing really well. His grades were good, so he was obviously comprehending the lessons and understanding French. He just wasn’t speaking French.

For kids, learning another language is like a baby learning to talk in that they understand the language before they can actually say the words. Even though our son could say the words and his pronunciation was near-perfect, he wouldn’t even attempt to speak French if he thought he was going to make a mistake (a trait he definitely gets from his mama …). He could read in French, he could repeat words back to his teacher, and he could speak simple phrases. But Lord help him if he had to form a sentence or ask a question on his own! That just wasn’t happening.

While we generally considered first grade a success, our son continued to plead with us to send him to the American school. I’ll be honest, I definitely considered it. Part of me was afraid that we might be causing permanent damage and that he would hate going to school for the rest of his life.

Even so, we decided to “stay the course.” We know our son, and we knew the real reason he wanted to change schools was because learning in English is easier. Of course it is. But he was getting a good education, he was making friends from countries all over Europe, and the language was gradually taking root even if he wasn’t speaking it yet. He would thank us ten years from now, right?

Fast-forward to second grade … two new American children had arrived over the summer and were assigned to our son’s class. They were in exactly the same situation he was in the previous year. They were feeling a bit overwhelmed, lost, and not understanding a single word. We discovered a few weeks later that our son had been helping those new kids by translating for them and making sure they understood assignments, etc. And voila! His French started improving, and before we knew it, he was speaking French! He needed that little confidence boost to unleash all that French vocabulary that had been stored up in his mind. It had been there the whole time. He just needed to be put in the right situation to use it. 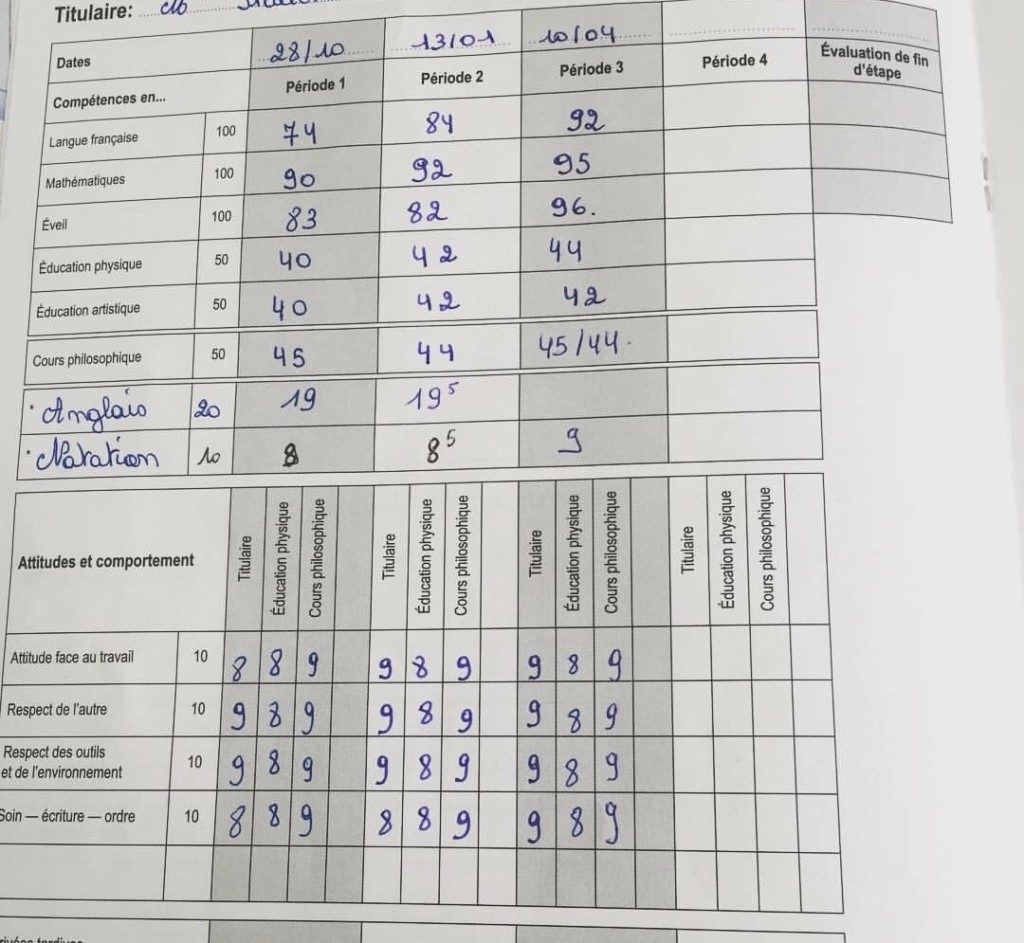 Perhaps the biggest lesson he has learned these past two years has nothing to do with language, vocabulary, handwriting or math. I was speaking to the mom of another American student at the school, and she shared with me how much our son had helped her child understand what was happening in class by translating for her.

I felt such a tremendous sense of pride for my brave little boy. Later, when I told him what his friend’s mom had said to me and how happy it made me to hear those things, he replied, “Well, I know how it feels when you don’t understand. And I didn’t have anyone to help me last year.”

Voila! My son has learned empathy and compassion. And he can speak French!

Is Language Immersion Right for Your Child?

Deciding on language immersion was a big decision for us. It has been a journey filled with ups and downs ever since. Looking back on our experience, I wouldn’t change a thing. But is it the right thing for your family?

Maybe. Maybe not. There are definitely some factors to consider:

The Age of Your Child

Obviously, the younger the child is, the easier the transition will be. In our experience, our younger son adapted much easier and more quickly because he was learning the language in the fun, social environment of preschool and not learning multiplication tables on top of everything else. It seems that the more school the child has under his belt, the more challenging the total immersion experience can be. This is particularly true for kids in middle school. It is still possible to do with an older child. Just know that it will be a lot more work for both you and your child.

Is your child adventurous and outgoing? Quiet or shy? Does he or she like to try new things? How well does he or she adapt to a new environment? If your child is excited about learning a new language, it will definitely make the experience easier. Starting a new school can be nerve-racking for kids and parents. So adding another layer of complexity with language immersion is going to complicate matters. You may also want to consider other options such as a partial immersion program, which several DoDEA schools offer.

OK, this is a bit obvious. But if your child doesn’t like school in English, he will definitely not like it in another language! Although if you are overseas, you’ll have an opportunity to expose your child to the language through everyday life – grocery shopping, eating out, or even watching TV shows on the local channels. At a young age, even the smallest things will make a difference and stick with them!

When Will Your Child Start School?

Are you PCS’ing over the summer or in the middle of the school year? The time of year that your child begins a language immersion program will make a big difference in helping him to transition. It will be a lot easier if your child is starting at the beginning of the school year along with other new, non-native English-speaking students, rather than arriving mid-year  and trying to catch up.

How Comfortable will YOU Be?

This is an important point because how well your child adapts will, in large part, be influenced by how you as parents embrace this new adventure. Not only will you have to use Google Translate to understand every written communication that comes home, you will also have to adjust to a new culture that will accompany the language immersion experience.

In the Belgian school, communication from our son’s teacher and the school is minimal. Also, the school does not have any parent volunteers (not even chaperoning a field trip!) because the Belgians believe that once children enter the doors of the school, they are the school’s responsibility. Needless to say, my husband and I have learned to “go with the flow” in order to adjust to the Belgian school culture! While it has been challenging at times, it has been a learning experience for us, and it has also given our son more personal ownership and responsibility.

Over the past two years, we’ve often wondered whether our kids would sink or swim in the rough waters of the French language. Not only have they excelled in the language (correcting my pronunciation every chance they get), they’ve also learned some important life lessons along the way.

What are your thoughts on bilingual education and language immersion?  Would you consider it? 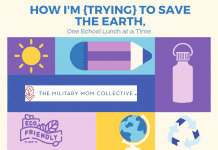 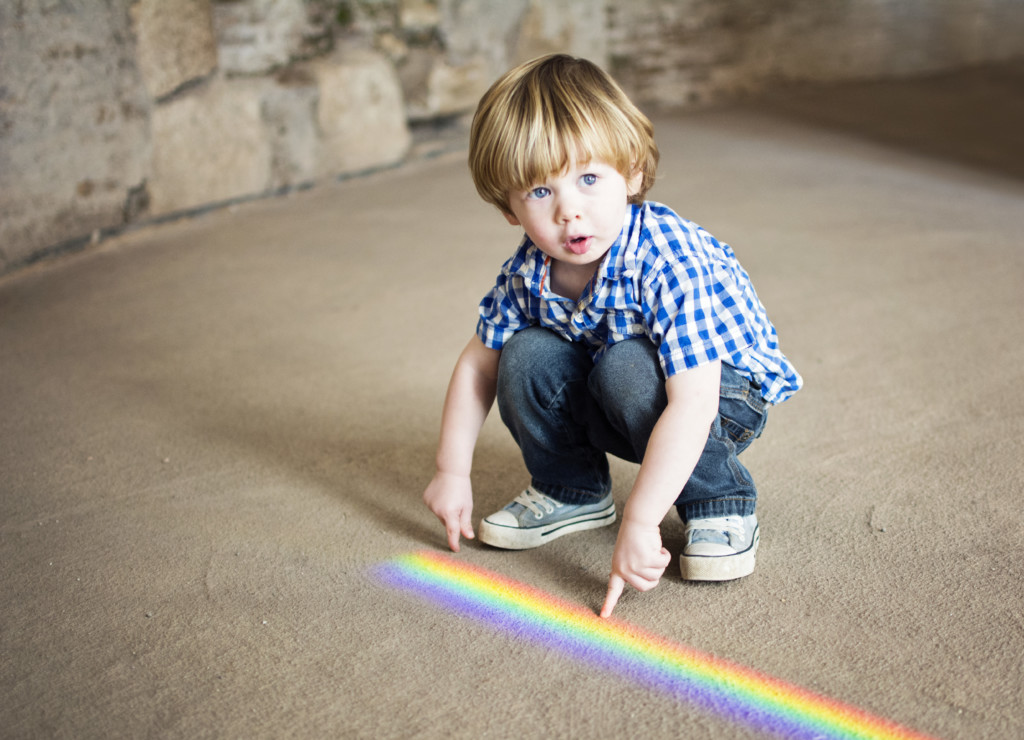