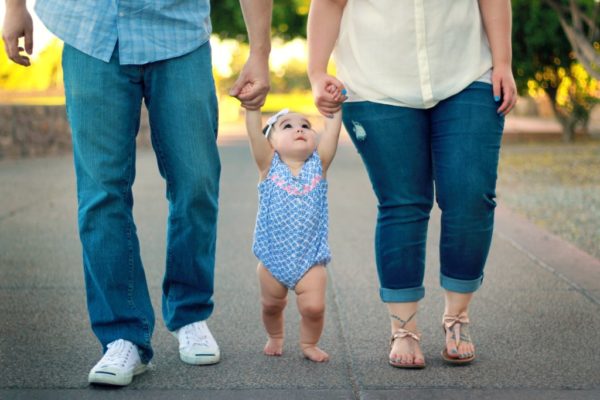 When I had my first daughter in 2006, I didn’t know anything about babies or parenting. Literally nothing. I didn’t babysit. I avoided small cousins toddling around family gatherings. I just… wasn’t interested. So, when my precious daughter entered the world, it was a wee bit of an adjustment. Let me just say this to give you an idea:

It took both my husband and I 45 minutes to change her first diaper in the hospital. We were working together.

The nurses were watching us struggle. Their faces looked conflicted as they gave us helpful suggestions and directions. I could tell it took all of their willpower not to step in and put my screaming baby in a diaper in about 3.5 seconds from start to finish.

Looking back, after having three kids who are all potty trained at this point (yay!), I don’t even recognize myself. What in the world was I doing? What took us so long? Now I can change a diaper on a toddler who is running away while I drinks (cold) coffee and talk to my sister on the phone.

A good friend of mine told me that I was suffering from “first pancake syndrome” with my daughter.

That first pancake is always a gamble. Is the skillet too hot? Is the batter too thin? Do I need more butter? By the second and third pancake, you have more confidence in how long the pancake will take. It is a little bit more round. A little more evenly cooked. I always think of my daughter as my first pancake.

My daughter was colicky and screamed for the first 6 months of her life. She’d sleep in little snippets, eat occasionally (but not always), but she spent the majority of her time screaming. I held her, walked her, rocked her, and watched television on mute with the subtitles on to keep my sanity.

And I was paranoid.

Paranoid that if she left her precisely coordinated schedule, she would never recover. Never sleep again. Never hit her milestones and become a functioning thriving adult. And it would all be my fault because I did something wrong as a parent when she was only weeks old.

I didn’t let her watch television until she was two years old.

I didn’t give her any sugar until she was two (I sweetened her first birthday cake with smashed bananas). Even then, I was stingy with the sugar.

I read her two books per night every night even when she was a tiny baby and screamed through them because she just wanted milk and sleep.

Looking back, I was just so scared of everything going wrong because of me and my incompetence.

The other day, I was unpacking. We just moved into our house, and my husband helped me get the beds up before he had to leave for a few days. But I wanted to get the kitchen together. (Beds are always step one after a move. Kitchen is always step 2 for me.) My oldest “first pancake” daughter and my middle son were at school. My youngest just got diagnosed with strep throat. He is 4. He was whiny and clingy, and he only wanted to eat Oreos and watch UmiZoomi on the iPad.

I laughed to myself as I unpacked the kitchen. Again, who am I? I would never have let my oldest sit in MY BED eating Oreos and watching an iPad! I probably would have made her drink warm homemade vegetable broth while I rubbed Vicks all over her while I read her some classic novel adapted into a children’s book.

Then they all grow up to eat gross pizza and drink cheap beer in college anyway, right?

This got me thinking. What else have I done differently with my oldest, middle and youngest? How have I changed?

Oldest: No refined sugar until she is two years old.

Middle: Dum Dums by one year.

Youngest: First bite of ice cream by 4 months at a family birthday party.

Oldest: Vegetables with every meal. Even breakfast.

Youngest: A plain white tortilla for dinner is fine.

Middle: Also attends gymnastics and swim for his age group that is at the same time as his sister’s. No more story time.

Youngest: No activities except waiting in the waiting room for his siblings. (But I did just enroll him in his own gymnastics class recently!)

Middle: Bedtime is still before 8:00. One story. Bath most nights with his sister.

Youngest: Bedtime is whenever I can get around to it. Stories most nights, but sometimes life gets busy, and we don’t have time. Showers alone by age 3. I am unsure if he is actually washing anything in there.

Oldest: Take copious notes in the baby book. Make photo books and photo albums and write everything down so no detail is forgotten.

Middle: Baby book is mostly completed. Photos are not as plentiful, but they are there.

Youngest: I bought a baby book. I don’t know where it is. I can’t remember his first word. Photos are taken mostly with my cell phone.

I felt guilty for a few minutes thinking of my poor neglected youngest hanging out sick in bed with Oreos and an iPad instead of basking in his mother’s attention, but my youngest has my heart. My kids are all amazing (just like yours!), but my baby is the boss of this family.

And I’ve realized that in the end, even though I have been a different parent to each of them, I have loved them all with everything I have. And that is enough.

What about you? How are you a different parent to each child? Did you get more relaxed like I did? 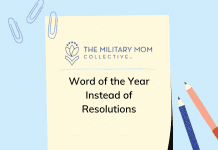 Word of the Year Instead of Resolutions 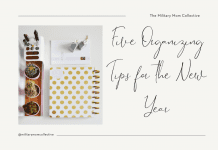 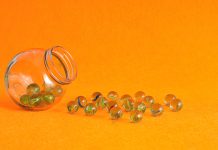 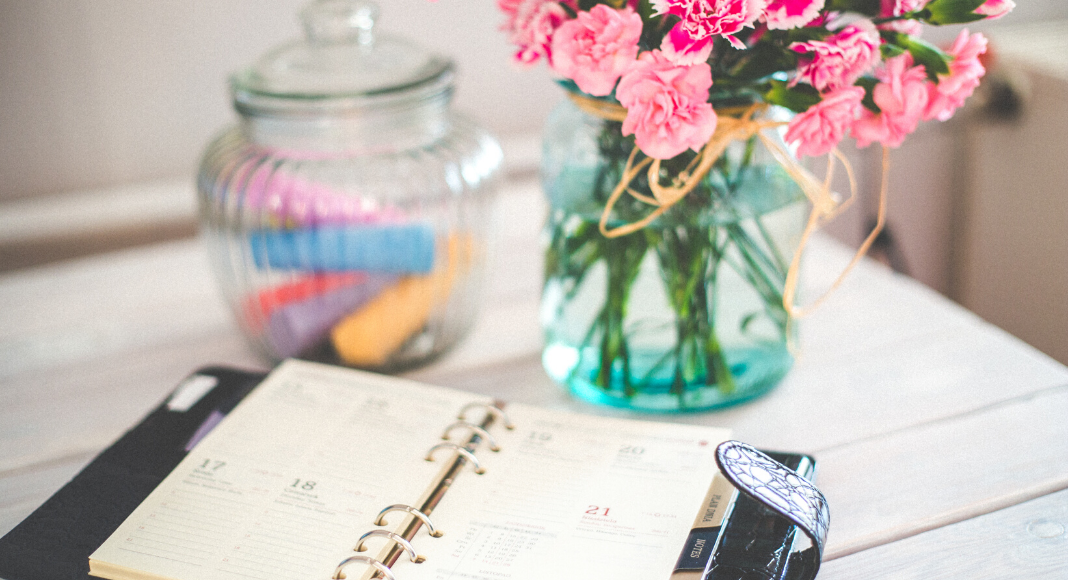 KonMari Mania for the Military Spouse