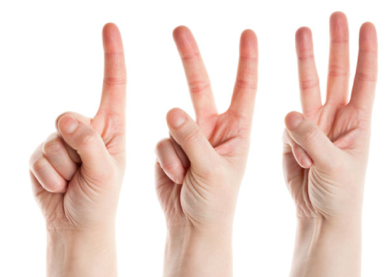 Not to start a mommy war, but I don’t count to three. I don’t give my kids a choice regarding when they find it acceptable to obey me.

If I say, “come here,” then I expect them to immediately stop what they are doing and heed my instruction.

If my children are running and I call out for them to stop, then I expect them to stop in their tracks.

Now, keep in mind, my children are one and three, so I’m just in the beginning of disciplining and instructing them, but I feel stongly about not counting to three.

Why may you ask? Here are three reasons we don’t count to three in our home.

Elisabeth Elliot once said, “A whole lot of what we call ‘struggling’ is simply delayed obedience.” Ouch.

I’m not sure about you, but I feel personally attacked by that quote. Elliot was referring to one’s obedience to God, however, how often am I “struggling” with life simply because I procrastinate certain duties that have been assigned to me? I think one of the strongest desires of parents is to limit the struggles our children will have to face, whether for better or worse.

Procrastination is the enemy of many and one of the biggest stress-inducers of adulthood. Why wouldn’t I want to begin to stop the seeds of procrastination to form in their lives by beginning to demand immediate obedience?

If they find it comfortable to delay or even disobey me, why wouldn’t they do the same with their teacher, coach, or boss?

Now of course there may be legitimate reasons for delayed obedience, which a listening and gracious parent should in those rare cases make exception. However, when children are young, as mine are, there are few excuses for not immediately obeying. It amazes me how my son, who just turned one, knows the word no, because let me tell you of the epic meltdown that ensues when I utter the word to him. My daughter, who is three, already gives me a mile-long list of reasons why she shouldn’t do the task I have set before her.

It’s in their nature to want to delay obeying, which leads to my next point…

I think most parents agree that kids do best when provided with structure. Some will say that involves sticking to a schedule.

I say part of that structure is having a clear authority.

My 3-year-old has already come home declaring to us that she is the boss. She craves feeling in control and tries to assert her dominance over us. If you have ever had a threenager, I think you know what I mean.

The reality is that she is three and has no idea of how to be in control or what is good for her. Part of raising her to be a healthy and thriving adult who is in somewhat control of her life is learning how to submit to the authorities in her life as a child.

When I count to three, I give her  control over whether to obey and give her the authority over the situation. It almost begs her to consider her options, instead of insisting there is only one.

Now I do think it’s important to not dictate everything in a child’s life and to give them choices, even at the small ages of my children. For example, I give my daughter options in the morning of what she would like to wear, and I give my son options of what he would like to have for snack. But my children have no control in the matter of when they would like to obey me.

My daughter may come home claiming she is the boss, but she knows exactly who is in charge: mommy and daddy.

This may be the most important factor since my children are still so young, but part of why I want my children to immediately obey me is for safety reasons. If my children are used to me counting to three before they decide to obey, what happens when they run into danger and I yell, “Stop,” and they don’t immediately heed my instruction?

I want them to know my word is true and that I mean exactly what I say.

I was given advice one time that I should take my children to the grocery store to pick up a few non-essential things and to let them know that if they misbehaved that we would immediately leave. If they misbehaved or threw a fit because I said no to the box of cookies, I could just immediately drop everything and put them in the car and go home, since I didn’t need anything essential. That way my children would know that I meant what I said. The thought was that the next time I would need to go to a store to pick up essential items, they would be less inclined to act out knowing momma means what she says.

And that knowledge—that trust—in Mom and Dad’s word built by those actions can lay the foundation for every important lesson we have to impart to our kids in both the quiet and the urgent moments.

Every child and household is different, but this is what we have decided to ground into our family structure. My sister counts to three with her boys, and if you asked me what mothers I admire most, she would definitely be on my list.

But I would argue that the three-count has become so culturally ubiquitous, we often use it out of habit, rather than being intentional about the precedents we set. And our children’s young, ignorant minds, are too precious and too fragile to be anything less than intentional. 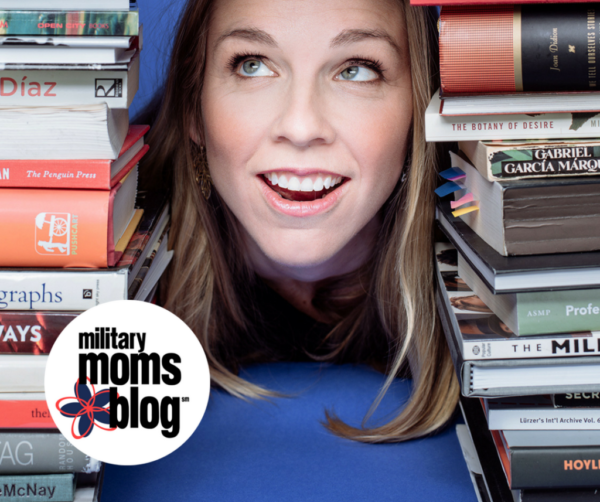 The Busy Mom’s Guide to Finding Time to Read