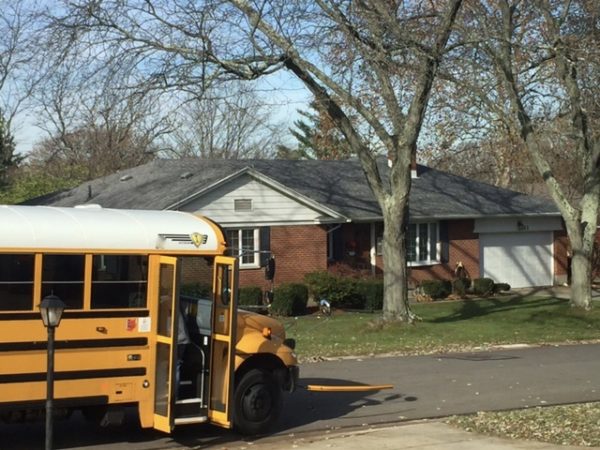 It was a big, well, let’s just say “discussion” in our house. An ongoing discussion that lasted for months. My oldest son, who has Down syndrome, goes to preschool four mornings a week. At school is where he gets his therapies, learns school routines, and gets to socialize and glean from other children his own age.

On day one, his teacher asked if he’d be riding the bus to and from school.

“No” was my initial answer.

After a week, it changed to “maybe.”

And after two weeks, I was practically begging my husband because my answer had turned to a “yes” and his answer was still a firm “no.” This is certainly not a post to put down my husband; he’s just protective of his little guy in an adorably sweet way.

I was in my first trimester of my third pregnancy, so getting my oldest fed, dressed, and ready for school was a task in itself. My youngest child decided to produce huge bowel movements one minute before our deadline of getting in the car; if we didn’t leave by a certain time, I had to park the car and carry both kids into the school (yes … carry… since my oldest likes to do his dance move which involves plopping down in the middle of sidewalks and attempting to do the worm). Meanwhile, my youngest was going crazy because he wanted to go with his big brother into the classroom, and I was fighting off bouts of nausea.

The untimely bowel movements (a few days it was both of them at the same time!), the pregnancy nausea, the broken plates at breakfast time (this happened two days in a row before it clicked that I should be giving them plastic plates), the “where did you hide your shoes this time?!?” hunt, and a mixture of morning meltdowns were all beginning to wear me down and create more stress than necessary on the seemingly simple task of taking my son to school.

I was beginning to realize that it was okay that I couldn’t do it all.

But, for some reason, even though buses are 30 percent safer than cars, I got pushback from others for considering to let my son ride the bus. All because I’m a stay at home mom.

“Try waking up earlier,” they have said.

Um, first of all, don’t ever say that to a mom of two young toddlers who still maniacally take turns waking up multiple times during the night. And definitely don’t say that to a momma who also is pregnant! Yes, I actually did try to wake up earlier. Guess what? My youngest son still decided to poop at the exact same time when we really needed to leave, and it was actually more stressful because, well,  it just was. And what happens when this third little baby makes his appearance into the world in the middle of winter? Oh, the coats . . .

“Feed your kids breakfast in the car.”

My oldest son cannot self regulate his food intake. I’m pretty sure he’s convinced his food will disappear if he doesn’t eat it all at once. I still have to sit next to him and keep his plate at bay so he can’t grab everything he sees. If I let him feed himself a breakfast bar in the car, he would stuff the whole thing in his mouth at once and choke. I’d prefer taking him to school than the ER. My car could use an excuse to get cleaned, though …

“You just don’t know what can happen on the bus.”

Kids do weird stuff at that age like kiss their shoes and lick windows. True, I don’t know all the strange things that occur on the bus, but I don’t know exactly what happens at his school, either. Or at church nursery. I know a general idea of what he does based on his daily reports, but I don’t know verbatim what was said to him by his teachers or by his classmates. Of course, safety does come first for my kids. If the bus was packed full of screaming kids or my son cried every time he saw the bus, I’d certainly question more on what was going on in the bus. Thankfully, the school district where we are stationed is top notch and takes wonderful care of the kids!

“I would give anything to be able to drive my kids to school.”

Oh, this one gets me. I completely understand as I used to be a working mom. I know that not everyone has the option of taking their kids to school or riding the bus. Some parents have to get to work at a certain time, thus the bus is their only option. Being able to spend those extra few minutes with your kid on the way to and from school are coveted in those households. However, the bus allows for my son with special needs to be more independent; our goal as moms for all of our kids, typical or not, is to raise them to be independent little learners.

When my husband realized that our son would have a full-time aide right next to him at all times on the bus along with a five point harness so he wouldn’t wander around on the bus, his answer gloriously turned to a “yes.”

Our son loves the bus. He didn’t waste any time at all on catching up on the new routine of getting his coat on, finding his backpack, and looking out the window excitedly signing “bus” when he sees the big, yellow bus pull up. He produces a huge smile when he sees his bus driver and aide and is currently working on using the rail to walk up and down the bus steps on his own.

I’m now able to spend more time with my youngest son who so often gets the short end of the stick when it comes to quality time with momma; his big brother takes up a lot of time and energy. I also have more time to tidy up the house and catch up on household chores!

The bus, so far, has been a great decision for our family. However, I know there are many differing opinions on it. What’s yours? 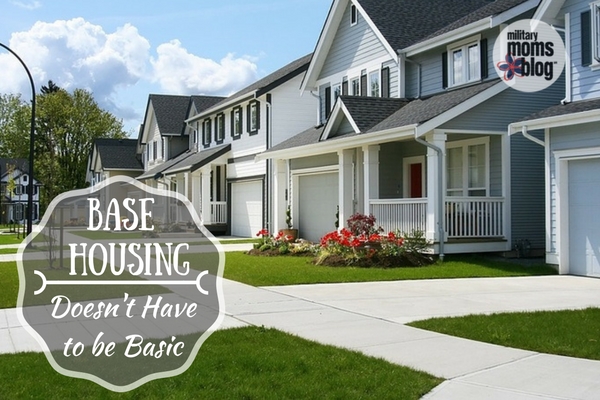 Base Housing Doesn’t Have to be Basic