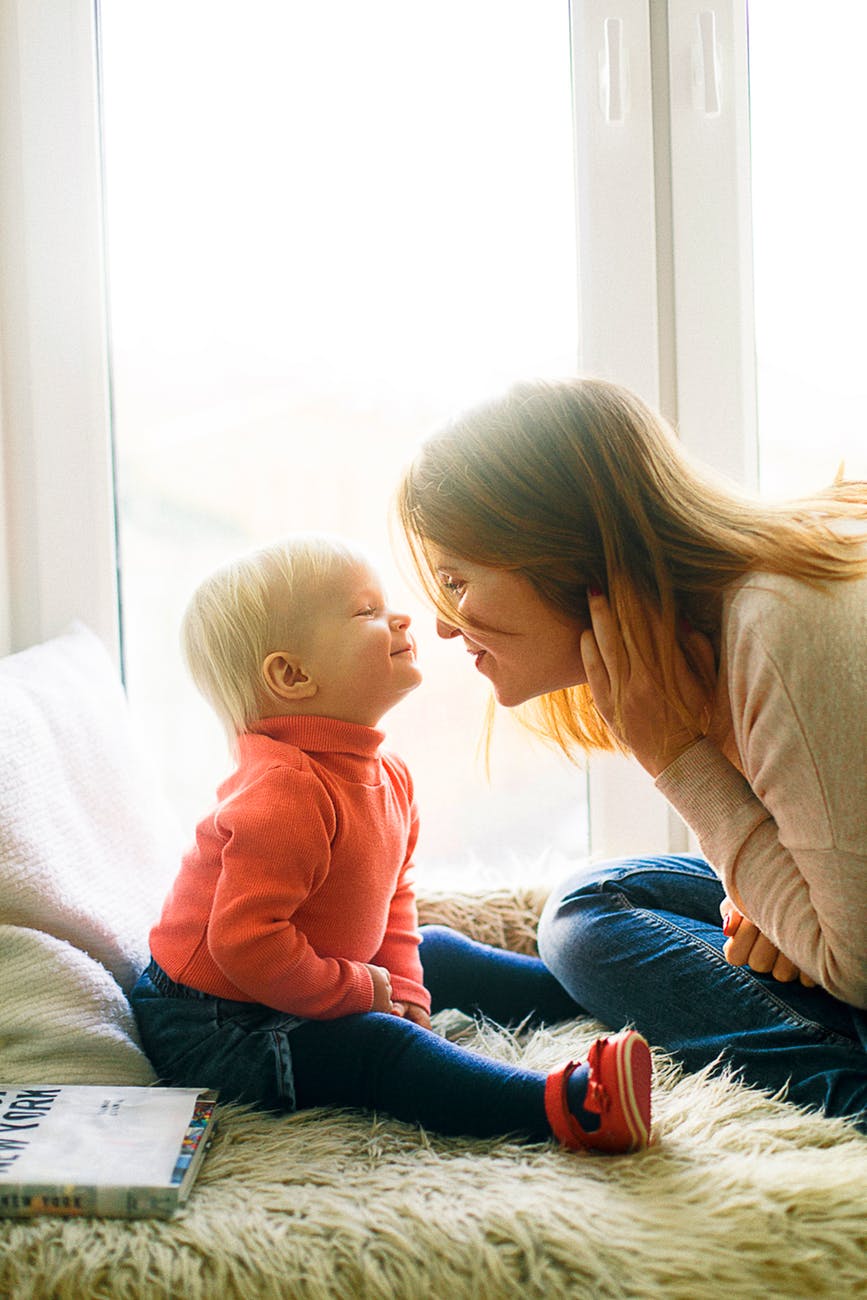 Even before I got pregnant, I remember thinking: “when I’m a parent I’m going to … or I’m never going to….” Fill in the blank with any grand plans.

As parents of three kids, my husband and I have to laugh at all the things we said we would or wouldn’t do as parents. And I have to accept that I have definitely turned into my parents. It was inevitable.

But kids seem to have the ability to drive you to the inevitable. Or do kids just push us to learn more about ourselves and life in general?

Here’s a list of things I have found that many of us parents thought we would never say or do but find ourselves saying or doing anyway.

Because I said so.

Because kids ask a lot of questions and seem to demand answers, at some point we realize that we are the parent, and we don’t have to explain our selves.

At least not about everything.

Sometimes we are done with all the talking and just want our kids to obey and do what we say. Sometimes we don’t tell our kids the reason why because we don’t want to expose them to the reasons too early.

I’m not quite sure how to explain this one. But somehow three is a scary number and this works!  The slow count to 3 works! It’s like magic.

Forget it, I’ll just do it.

I remember being a kid and purposely doing something poorly just so my grandparent or parent would do it for me.  Like horribly mopping the floors. I swore I’d never fall for this.  However as a parent, sometimes I just want the job done, I want it done correctly, and I want it done quickly.

Don’t make me turn this car around.

My parents said this, and I don’t ever recall them actually turning the car around.  Thought I’d never say it but I have. I have found that slowing down while pulling over to the side is highly convincing and magically gives kids the ability to behave again. Lord knows I’m not turning the car around after two hours of driving!

I’ve said this.  And my smart child replied, why don’t we give the food to them? I thought this would make them grateful and appreciative about being fed food. That goal was not met.

Bribing is something I definitely didn’t think I would use as a way to get my kids to do something. However, switch the word “bride” with “encouraging rewards,” and I can technically say that I don’t bribe my children.

Give my child a cell phone before high school.

When my kids were toddlers, I started noticing and hearing that there were children in elementary school with cell phones. I thought this was crazy!  I didn’t have a cell phone until high school, which was also due to the fact that cell phones weren’t readily accessible to everyone until around that time.  I also may have forgot that “back in my day” (something else I thought I wouldn’t say), there were pay phones in schools and in most public buildings and areas. But I could not come up with a reason that an elementary child would need a cell phone.

Well, because — life — my fifth grader has a cell phone. With two working parents and no house phone, we found a reason to get our oldest a phone (with all the restrictions enabled, of course).

Eat fast food more than once a week.

Because life with kids is busier than ever expected, we do this now. I also realized that I cook more than enough balanced meals for my kid, and sometimes I just need a break and that’s OK. I will admit that I had to stop judging myself and my quality as a mother for this one.

Allow inside toys outside.

Because life. Because happy kids. This is a good example of realizing what is and isn’t a big deal in parenting life.  Plus one mom friend found that the more dirty toys get, the quicker she can throw them out!

Make more than one meal to appease my picky eater.

Again, because life. I did this for a short amount of time when my kids were toddlers.  I wanted them to eat, and I wanted less meltdowns at mealtime.

Now that my kids are older, I have a “then go ahead and starve” attitude (as Beast said to Belle in Beauty and the Beast) when my kids want to be picky eaters.

I personally never did this because I need my sleep and my space. I have heard so many mom friends say they wouldn’t co-sleep, but found themselves doing it. Some are proud of it, and some feel guilty about it. Whatever you decide, you’re doing great moms.

Be an active PTA member at my child’s school.

Well, I get the emails …

I have definitely grown to appreciate my own parents on a different level.  I see that they understood things that I couldn’t see when I was a child.

I also have learned not to judge other parents and to give them a little slack when they say or do things because it is possible that I might not know what they know. I think we need to have faith in others and their experiences and hope that our own children will have the same for us one day.

That is how we learn and grow. Now that I understand more of this parenting thing, I try to develop a relationship of trust with my own children so that they will listen to me even when they don’t understand why.  Thankfully in this circle of life, most of our kids will one day be parents and we can smile at all the things they say they will never do when they are parents.

What is something you say or do as a parent that you thought you never would?