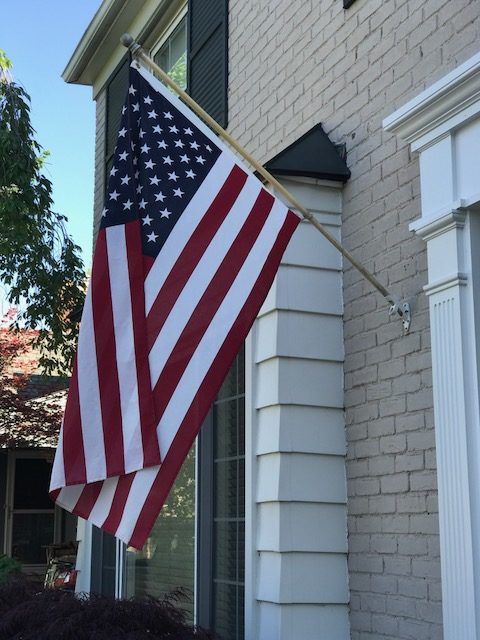 When I was a little girl, I used to call the American flag the “Pledge-a-llegiance.” My grandfather and I would spend countless road trips seeing who could count the most flags. I don’t remember exactly when I learned the “Pledge of Allegiance” or “The Star-Spangled Banner,” but I know that from early on I was taught that the flag, its pledge, and the anthem of my country were to be respected because of the things they represent.

I can say, in all honesty, in my younger years, I didn’t understand why it was so important to place my hand over my heart when pledging to the flag, but I understood if my parents and grandparents told me to, there had to be a good reason. Little did I know that 20 years or so down the road, I would get a rude awakening that would forever change the way I viewed the flag and all it entails. 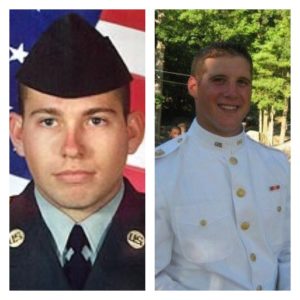 On the evening of April 8, 2003, I received word that a friend of mine, PFC Jason M. Meyer, was killed in action in Baghdad.  A key figure in my group of friends during my teenage years — someone I’d only interacted with months prior to his death — was gone. He was taken too soon. Jason made the brave choice to sacrifice his time and freedom to enlist in the Army, so he could join thousands of other men and women to defend the rights and freedoms we enjoy as Americans.

For this to happen once in my circle of friends was heartwrenching, but in August of 2010, we were devastated by the loss of yet another close friend — 1LT Todd W. Lambka was killed in action in Afghanistan. Getting the phone call about Todd’s death was harder this time.  I just kept repeating the word no, refusing to believe it was happening again.

I have heard stories from people about losing friends and family members during the Vietnam War and Operation Desert Storm, but I never thought once about being personally affected by war. The two friends I have lost have become my main reasons why I respect the flag, and why I will instill such pride and respect for the flag and our country in my own children.

My husband also serves in the United States Coast Guard and although his time out at sea is coming to a close in a few years, I am so grateful for the sacrifices he has made to his country. The sacrifices made by the members of the military are made for no other reason than providing protection and defense of the rights and freedoms that are a privilege to Americans.

The other day, a friend of mine remarked that she didn’t think young children understood what it meant to pledge allegiance to something. In a way, I see her point. For some it’s just a matter of going through the motions because “that’s the way we’ve always done it.”

While I don’t always agree with our government and those who are in charge of making the decisions, I feel like I’m pledging to the ideals for which America was created — a hopeful pledge if you will — for a government of the people, by the people and for the people.

When I taught my children “The Star-Spangled Banner,” I went through it line by line and told them what it meant in terms they could understand. When randomly asked, my kids might not remember the reasons why, but my hope is that they will appreciate and acknowledge that the basic ideals are worthy of their respect.

Here are two simple rules I teach my children to follow:

By no means is respecting the flag a political thing. You can love your country without loving its leadership. It also goes back to those who have gone before us — it’s the least I can do to pay respect to the lives lost in the name of America and the freedoms we enjoy.

I used to think that reverence for the flag and the symbols of our freedom was just a given. I now know that not everyone feels this way. It’s an important core value that we teach here in our home. I guess that just goes to show how amazing this country truly is — we have the freedom to have such different views on things. However, it is important to stop and remember who is responsible for that freedom and why we have it today. 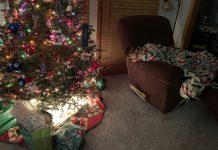 Let Them be Little: Especially at the Holidays 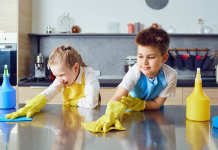 Minute to Win It – Let’s Clean It! 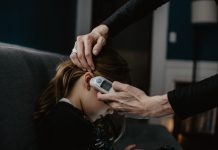 Kids Get Sick, and It’s OK…or so I Tell Myself