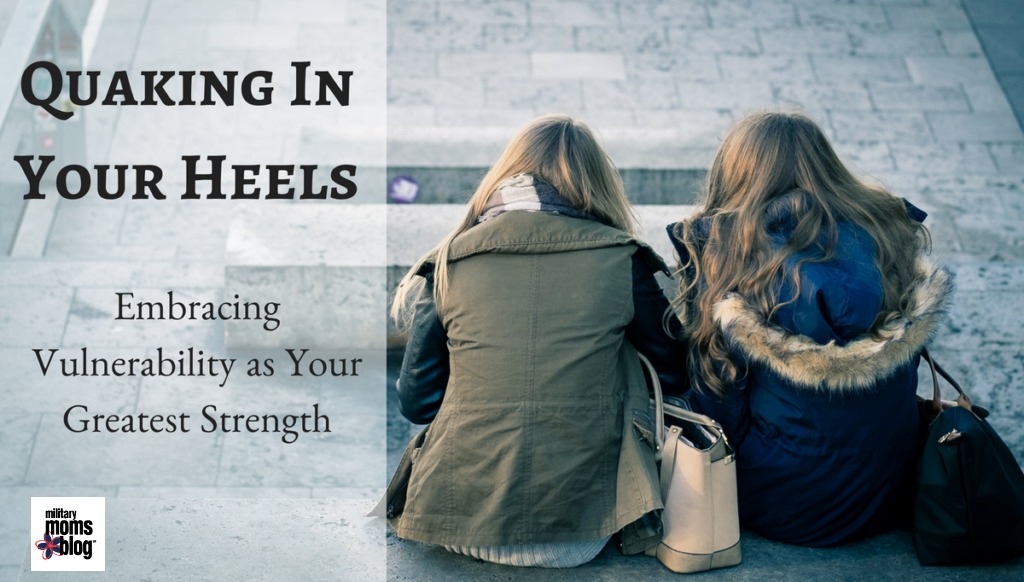 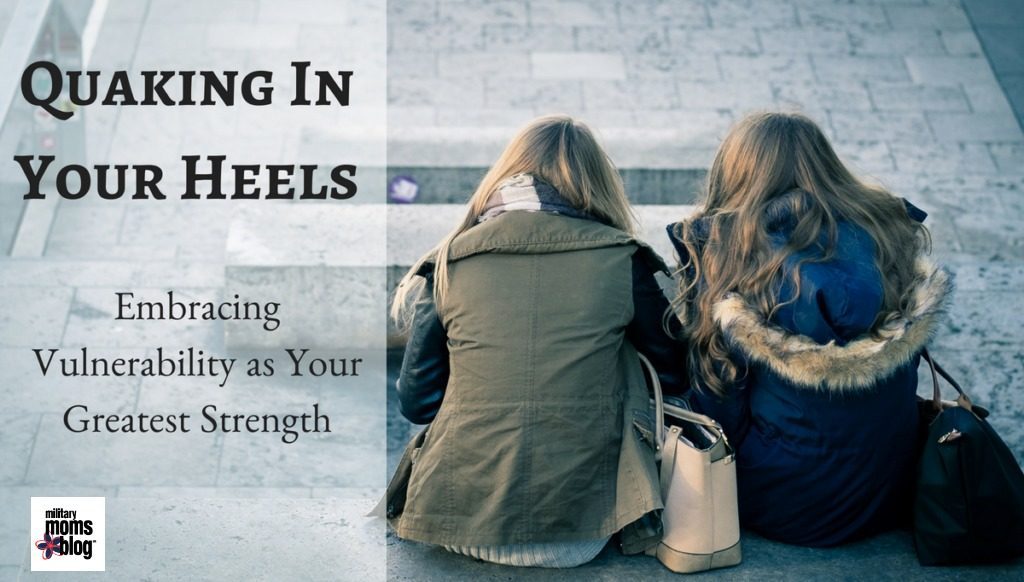 “Sometimes you feel foolish, even look foolish, but you do the thing anyway.”

She’s beautiful, collected, approachable and she’s oozing self-confidence. Her outfits are on trend, yet, effortless and with no fuss. She almost always has a smile regardless of the situation (and a sincere one no less!), and gives gracious compliments that are both authentic and natural. Even when she’s in a rush, she has a calm way of acknowledging others with warmth, before jetting out the door, or off to her next engagement.

We all know or have met this woman, but seldom (if ever) do we feel that we could be her.

For me, I met this exact woman shortly after my arrival in Japan.

I was floating in a fog of cultural confusion and personal despair regarding my new direction in life, or lack thereof. As a fresh-off-the-plane, newly unemployed foreigner, I was adrift in a sea of my own self-pity. Meeting her gave me hope that maybe one day if I was really lucky and tried hard enough, I could be as collected and as happy as she appeared.

We had been sharing coffee and workouts for several weeks. One day during a familiar chat over our usual caffeine of choice, I asked how her life was so pulled together and how she seemed to smoothly navigate all the complications of overseas living.

It caught me by complete surprise.

Clearly, she was avoiding my compliment and wanting to seem humble about her ability to adapt so smoothly to an upside-down world. I challenged her disregard and asked again how she made it look so easy.

“No, I’m serious when I say it hasn’t been easy. I’ve really struggled in my time here. We arrived, and I cried when the plane landed. I had two very small children then, and I didn’t want to be here.”

We shared a mutual passion for cycling and one day while out for a workout in between the wind and my huffing as I struggled to keep pace with her (did I also mention that she was a beast on the bike?), she talked more about her challenges in moving overseas. Among them, she shared her dark days spent questioning everything about herself and her life and how she would cope in a foreign country. She explained how making friends had been practically impossible for her during first six months because she was too emotionally crippled to socialize. She shared hilariously awful stories of travel failures that she endured with her children as they flew around Southeast Asia, and she talked about finding a close group of friends who helped her weather the many ups and downs. 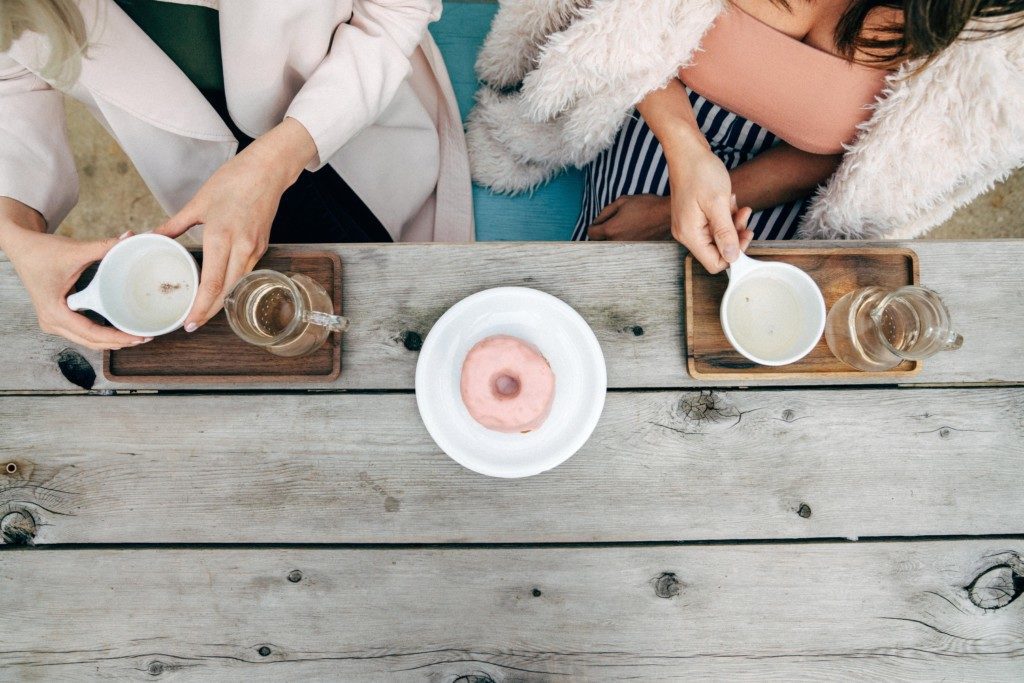 “But you seem so in control of everything,” I practically gasped in astonishment.

“Well, it’s taken me a long time to adjust, and you just met me now. If you knew me back then, you would probably have a very different impression.”

But that was the catch: I didn’t know her back then and I wouldn’t have ever known she had gone through such a rough patch had she not chosen to share that insight with me.

She had opened up about her experience, her past, and her heart to me in an attempt to find common ground. It was a priceless gift for someone in my state to receive. She had been vulnerable and sincere, and in doing so, she had appeared even more confident, strong, and self-assured than anyone else I knew at that moment.

I had never experienced anything so radically unexpected; vulnerability had actually highlighted her strength.

I’ve taken her example and carried it with me to each new city — to every new relationship I make. Understand: I’m not endorsing that each person runs out and finds a stranger to pour her heart out to, but I am preaching that the world we live in could use a healthy dose of authenticity from each of us and being vulnerable is one way of showing that sincerity.

“Don’t mask or deny your vulnerability: it is your greatest asset. Be vulnerable: quake and shake in your boots with it. The new goodness that is coming to you, in the form of people, situations, and things, can only come to you when you are vulnerable, i.e. open.”
― Stephen Russell

Vulnerability is practically a dirty word in some circles. Certainly, it’s a word that has been connected with other undesirable traits such as weak, helpless, and powerless. I am here to proclaim that I dispute each of those synonyms.

Vulnerability is the only authentic state in which your true self is revealed, even displayed.

Being vulnerable means that you are open to possible wounding, but you’re also open for potential benefits, enjoyment, and blessing. Showing yourself as open and sincere can be a double-edged sword but failing to do so can cripple a person from ever truly engaging in intimate, close relationships, both platonic and romantic.

Embracing the fact that I am human frees me.

As a human, I’m naturally bound to let some people down (including myself), fall short of expectation, and even appear weak at times. But being vulnerable freed me from the gripping fear that others would think I’m “less than,” or incapable of whatever I set out to achieve. I grew comfortable in accepting that I was vulnerable and not hiding that fact from others.

In owning my vulnerability and sharing it (when appropriate), I was motivated to work past my current state to reach a more stable position of knowledge and confidence.

This is the paradox of vulnerability: When we open our true (and often flawed) selves to others, it is THEN that we can appreciate how vulnerability is, in fact, a commanding act of courage and strength. In sharing my most authentic self, I broke down the walls and facades of false confidence that I had hidden behind, and I began to genuinely connect with others in ways I was previously not able to achieve.

Vulnerability is a state we are born in to and then we quickly shed once we are of age. But in maturing to an emotional state that incorporates vulnerability into the fabric of one’s identity, we can express and embrace our truest sense of self.

When I first started employing this new perspective, it was a tough curve to navigate, but as the opening quote so wisely states:

“Sometimes you feel foolish, even look foolish, but you do the thing anyway.”