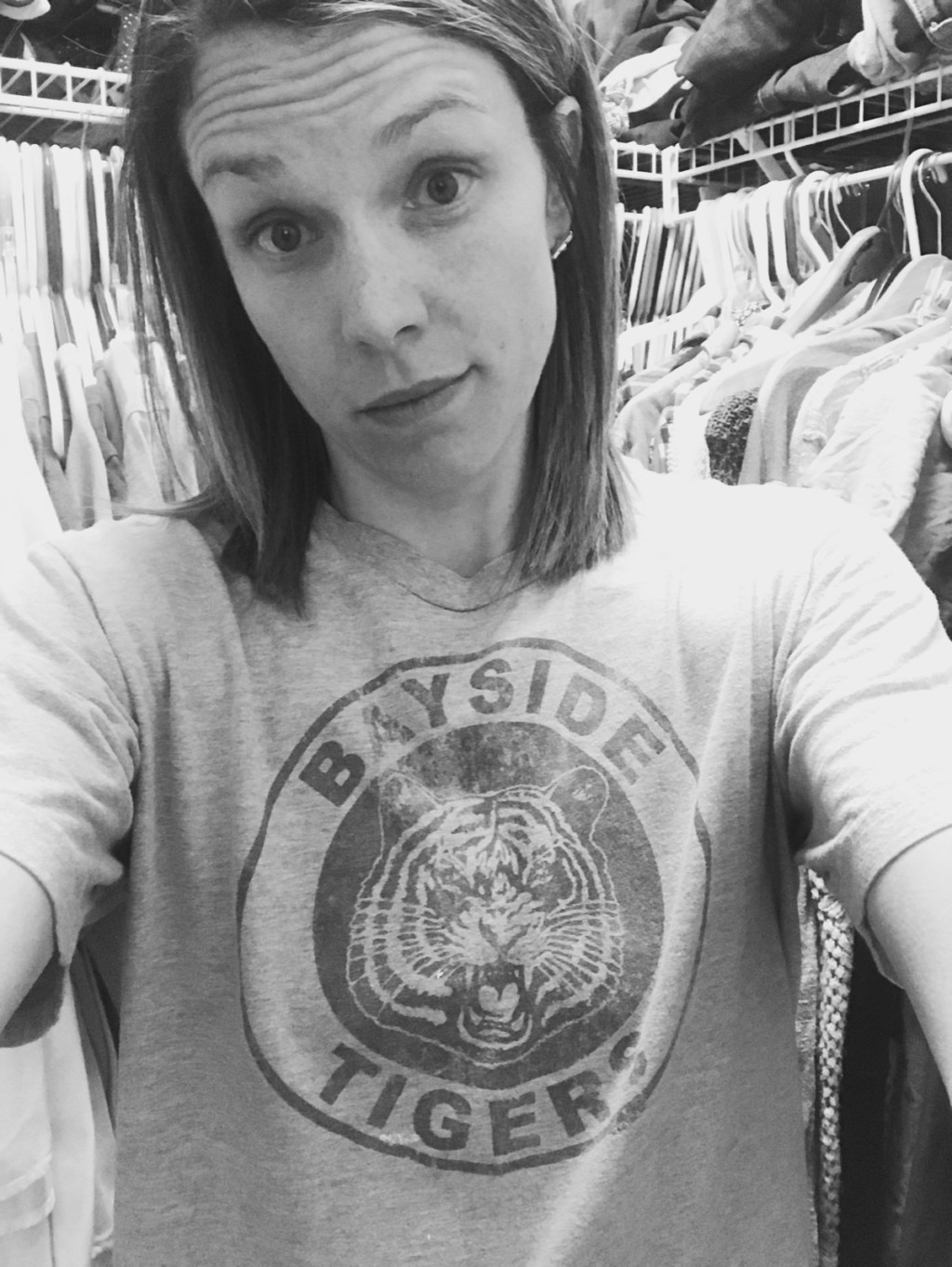 “This is the move in which I will get my life together,” I announce to anyone who will listen.

They are all very excited for me. I know this because they were just as excited the past four times I informed them of this fact. I get to have a fresh start and I am not wasting the opportunity this time.

I repeatedly tell myself, “You go, Girl. You got this.”

I first decide that I will not shamefully apologize to the packers for the amount of stuff we have accumulated because I am going to Kon Mari the crap out of my life.

I know this will be highly effective because I read that book two moves ago. For whatever reason, I did not take the ideas to heart when they were fresh in my mind. I suppose I just needed several years for them to marinate.

I excitedly plan out a day or two to clear each room of the house from stuff we don’t need. I’m only keeping things that bring me joy, I tell myself. I mark those days on our family calendar with a red marker to indicate how important they are. I negotiate in naps with my husband to help me clean out the garage, which is his least favorite thing to do on earth. I will finally curate my sleek but relatable capsule wardrobe. That’s a thing, right?

I obsessively pour over potential homes online and send my unfortunate, yet sainted, realtor Ian six new houses a day to tour via FaceTime.

He is honest, yet unfailingly patient and continues to allow me to operate under the delusion that  I am “not picky.” I alternate from wanting 30 acres of land for my alpaca farm to living walking distance to Rockefeller Plaza in New York City. Have you even seen the video of the alpaca with the hay wig? I have two hands and a heart, how could I not need a heard of farm animals I do not know how to take care of in my completely stable life?

I am almost certain my husband would agree to purchasing the apartment above Le Bernardin just to get a reprieve from looking at photos of houses in which we will never live. I send photos of each and every one of these “Perfect Homes” to my friends who mercifully feign excitement with each bombardment via text.

This lasts about two weeks.

The epic purge becomes a halfhearted effort to ensure that no milk cups are left in my car. I attempt to throw away the pile of Amazon boxes that I was saving for the apocalypse. I second guess myself and decide I still might need those someday. For something. I then wonder aloud why my daughter stops speaking to me after I pitch all of her Chick-Fil-A toys. My energy is focused forming rationalizations as why we need the four giant boxes of vintage dishes that I have not opened since I was single. I have an ultimate plan for those, the details of which are TBD. I do, however, already know where they will reside throughout each of our next three moves — unopened, in a garage that a car will never fit into because of who I am as a human.

I sort through my T-shirts from college with holes in the armpits and decide that even though I have not worn them in 10 years, they are too valuable to part with.

I get progressively more tired and resentful with each nap I miss. I curse the Faustian bargain I made in exchange for someone to help me carry heavy things to a nearby trash can.

I find and lose “Perfect Homes.” Over and over. I get so frustrated and sick of looking for housing, I take a break for a couple of days from all of the rental and sale sites. When I return to the hunt, I find that the home that checked most of our boxes is under lease or contract.

Why is God punishing me, I ask into the void? I conveniently forget that we have been the lucky ones who snagged those amazing places in the past.

I start to pull away from friends and stop attending anything social because I don’t deal well with saying goodbye.

I still want to be invited to everything, even though it is quite obvious I will be going to nothing. I had an interaction with a close friend recently in which I couldn’t help but realize how closely I resembled a more awkward version of Mark Zuckerberg during his congressional hearing.

She said she missed me and asked me when I was hosting Wine Club again. Cue me, being a weirdo. “Uh… I didn’t take a broad enough view of my responsibility to keep hosting a monthly drinking club that I promised to, and that was a mistake. It was my mistake.” I assume it is challenging to be my friend with the annoying texts and complete and total lack of a reasonable expectation of me to be a normal human being.

I wish I could claim this is a recent development. I would be great to portend that my bizarre behavior is because having two small children exhausts me to the point at which the International War Crimes Tribunal recognizes it as torture. But, alas, no.

I pretended to learn a very painful and important lesson on our first PCS as a married couple that I have consistently chosen to ignore throughout each of our moves and my life in general. Despite taking the time to write an entire other post about this, I still do not manage my expectations well.

Fortunately for me though, my behavior can apparently be explained by science.

I heard a program many years ago on NPR that has stayed with me for over a decade. The program discussed a book, Mistakes Were Made (But Not by Me) The authors of the book seemed to be speaking directly to me. The book talks about how we all have a hard time admitting when we’re wrong, but *maybe* it’s not all our fault. The authors of the book, Social Psychologists Carol Tarvis and Elliot Aronson, describe this phenomenon as a simple part of the human condition.

This excuse, err… social theory, is referred to as cognitive dissonance.

According to the authors,”The engine that drives self-justification, the energy that produces the need to justify our actions and decisions — especially the wrong ones — is an unpleasant feeling called ‘cognitive dissonance.’ Cognitive dissonance is a state of tension that occurs whenever a person holds two cognitions (ideas, attitudes, beliefs, opinions) that are psychologically inconsistent.”

This may explain why I strongly believe that even though I eat nachos and brownies three times a week my pants are tight because my dryer selectively shrinks only my clothes.

I know this theory is irrefutable because it conveniently fits my narrative. Circular logic is so hot right now.

I am a human, and by nature, I simply cannot help myself from acting slightly insane at times and then justifying my actions to make myself feel better. I was born this way.

So, for my Ride or Die Friends, I have a big announcement. I promise, by the end of our next assignment I will stop acting like a weirdo and get my life together … promise. 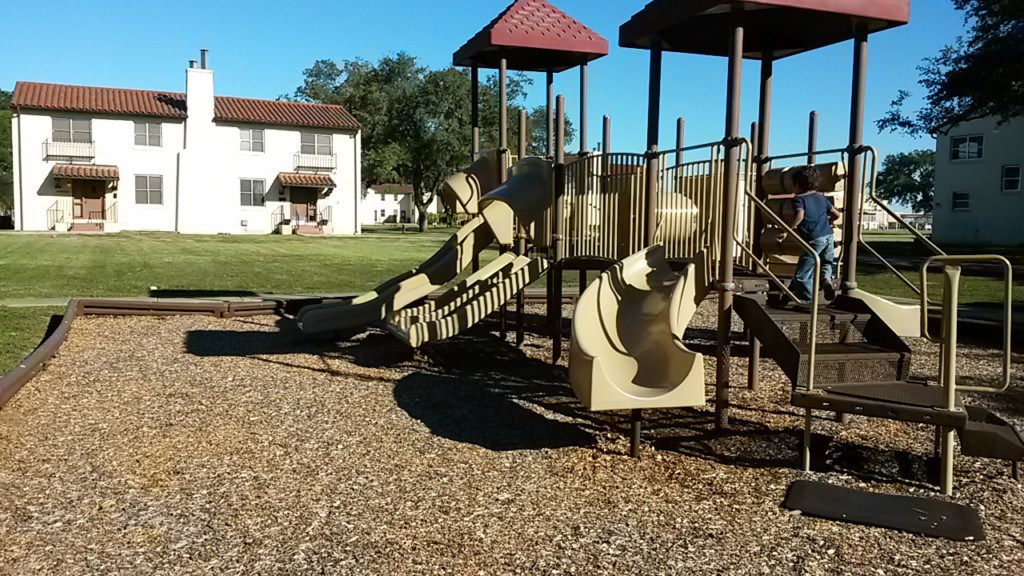 I Love Living in Base Housing (Despite Everything I Had Heard)