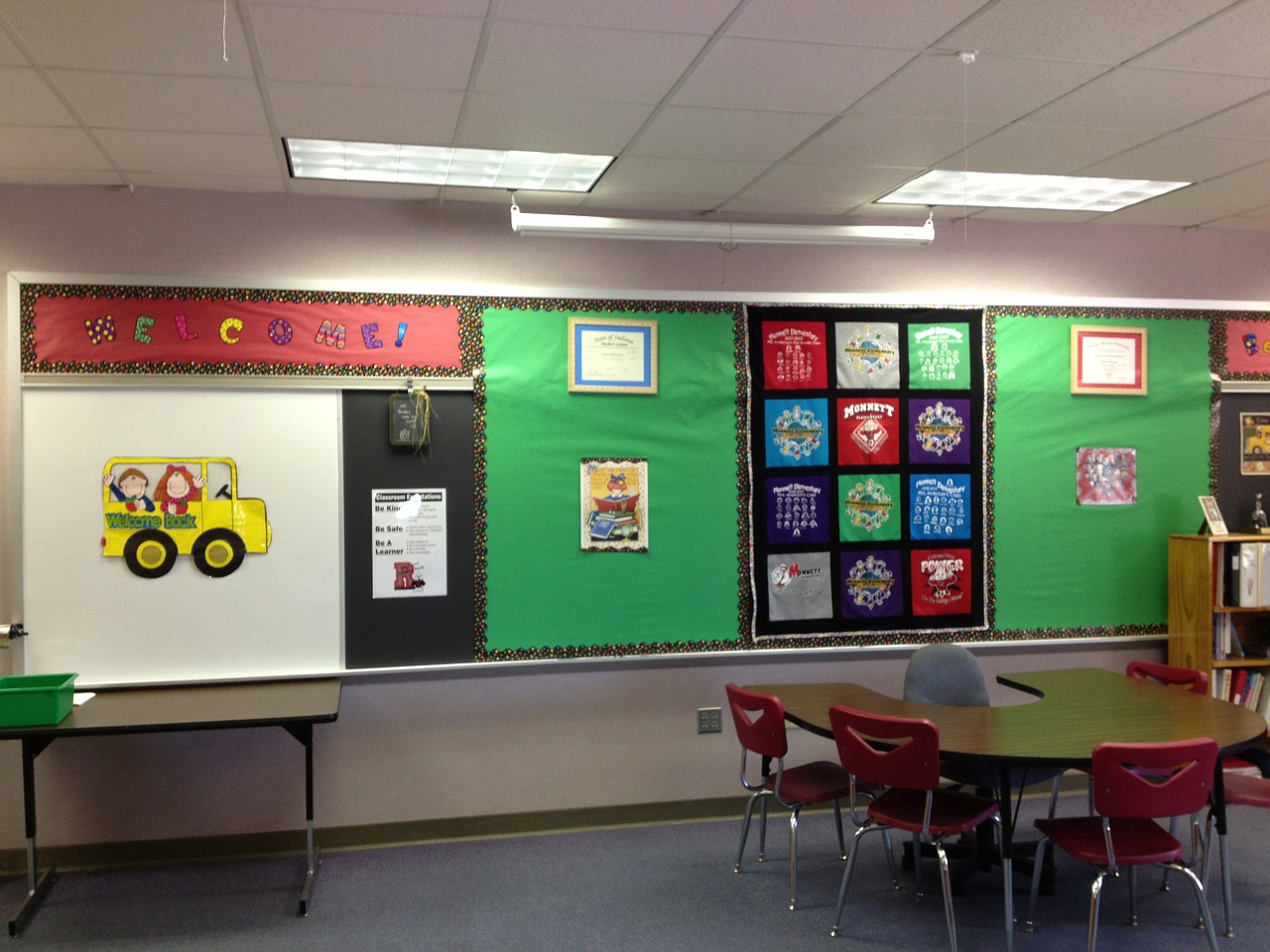 It’s a funny thing, this military life … despite being a teacher, I rarely actually teach.

Instead, I often find myself occupying other roles: stay-at-home mom, PTO volunteer, FRG leader, etc. And while these are all fulfilling in their own ways, part of me will always identify as an educator—even if this wayward military lifestyle of ours often keeps me out of a classroom. 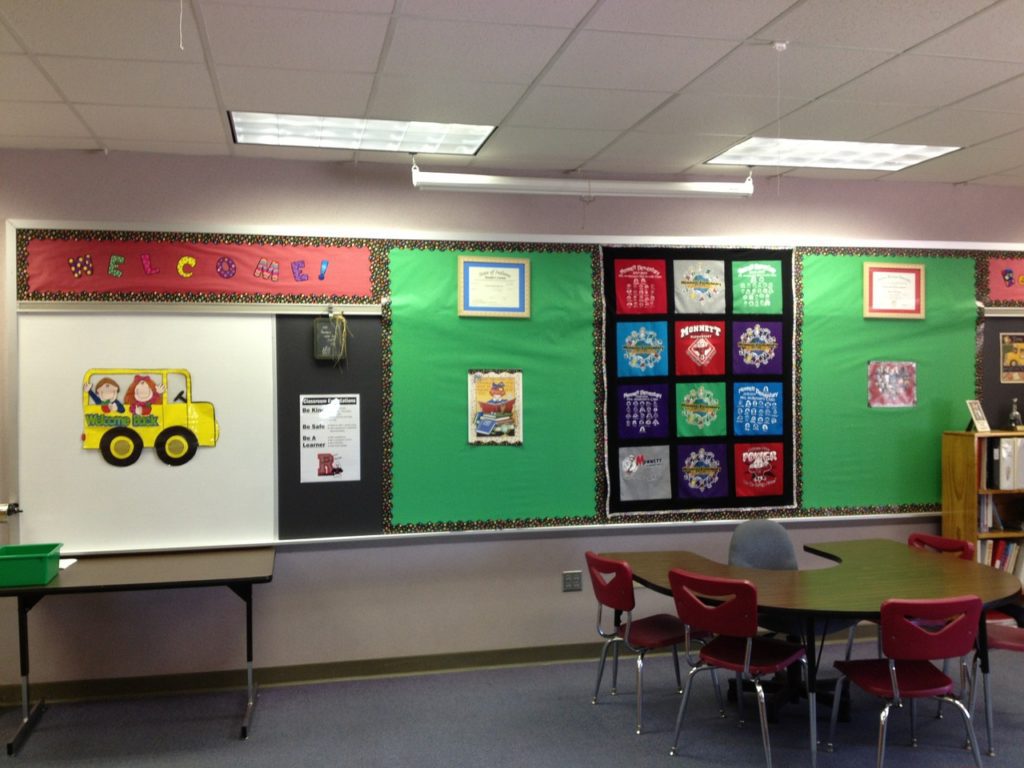 So it’s a little awkward when, sitting among a new group of military spouses, conversation inevitably turns toward the local school.

Negative reviews start flying. Complaints abound. Hemming and hawing commence. At some point in these conversations, someone almost always haphazardly proclaims a desire to home-school.

The teachers here are absolute garbage, don’t you know?

This is when my teeth begin to clench, and I have to actively focus my eyes to keep from rolling them and betraying my secret. But it’s coming … it always does. Like clockwork. 3… 2… 1… So, what do you do for a living?

Here’s the thing: I realize that there are very real reasons why parents choose to home-school. I do not doubt there are many who who work hard at providing their kids a stellar education. But for the most part, these offhanded, ill-considered proclamations announced mid teacher-bashing-session, come across as flippant and, frankly, rude.

It’s understandable that, having so little control over your child’s education—I mean, the military only offers you so many choices, after all—one might grow frustrated.

But please, I beg of you, don’t fall victim to the negativity before experiencing a new school yourself. Thoughts become reality and you’re bound to be dissatisfied if your weekly coffee group convinces you that you should be.

Contrary to the popular notion that we are little more than glorified babysitters, teachers work hard—so hard that people often forget they exist outside of the classroom; that they may, in fact, be sitting among us, drinking coffee and chatting happily… perhaps even listening in stunned silence as their entire profession is dismissed and demeaned.

And if you live in a military community, chances are good that milspouse teachers comprise part of the staff at your child’s school, whether it’s on post or not. So be kind, because all educators deserve your respect.

But military spouses? They take the job to another level entirely.

This year, resolve to treat your child’s milspouse teacher like the rock star that she is. She absolutely deserves it because…

She’s Not Doing it for the Money

Never going to happen. She won’t be around long enough.

Then, of course, there’s the money she spends to work. Licensure renewal? Sure, annoying. But maintaining multiple licenses is often standard for milspouses. Each new certification costs hundreds of dollars in fees and tests. Oh yeah, tests. There are always more tests.

It’s also common to work below one’s experience in order to “get a foot in the door” for more advantageous hiring. These aren’t just pay cuts but, especially when childcare is involved, can mean she’s actually paying to work. 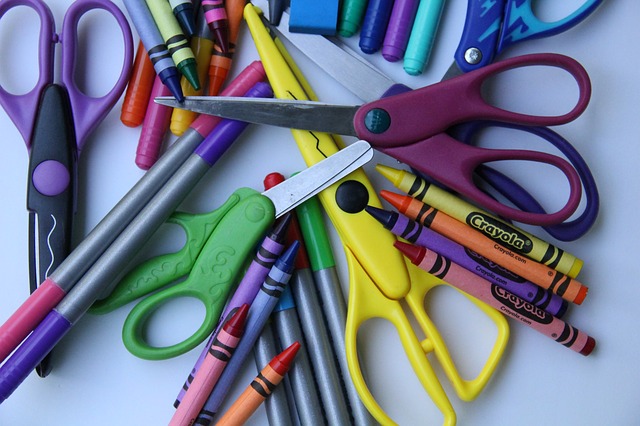 And even though all of that is behind her once she steps into your child’s classroom, her meager paycheck continues to take a hit. She will likely buy everything from engaging decor (she’ll get complaints if she doesn’t: see above), to the bare essentials (not so cheap with 150 students across all the class periods!), to supplemental lesson plans (book work is boring—we hear you!).

She Sacrifices for your Child

Time. Money. Energy. Her lunch break. She gives and gives… and then gives some more.

Her work day never truly ends because planning periods are a laughably small window with which to accomplish the litany of tasks that accompany each lesson from beginning to end. Of course there are also administrative duties, disciplinary tasks, never-ending grading, parent communication, and professional development goals to accomplish. Did I mention planning periods are really short?

So you see, her work life inevitably bleeds into her home life. She’s grading your child’s essay while she’s at her own child’s soccer game. She’s thinking about your child’s broken heart (middle school is rough, ya’ll) while bandaging boo-boos at home. She’s proctoring a state test for your child while missing her own kid’s spring concert.

But she loves the job so the sacrifice is worthwhile.

Anyone who has ever taught knows exactly what this phrase means. Anyone who doesn’t… let’s just say it’s not pretty.

The first year or two at a new school can be incredibly stressful. Each day feels like reinventing the wheel, pulling engaging lessons out of thin air while trying unsuccessfully to figure out another new grading program.

(She will hyperventilate at least once when she thinks she has accidentally deleted all grades for the past month. Have sympathy.)

Beyond this, a new job means new content, new expectations, new coworkers, new technology, and new routines. It means hours spent agonizing over how to best organize another new room, and cursing oneself for having tossed that old box of motivational posters two PCSs ago.

Sometimes it means working with an incomplete curriculum or creating an entire elective class from scratch! It’s learning that you’re limited to 200 copies/month with your chapter test only halfway printed. It’s figuring out a bathroom schedule that doesn’t make you a hypocrite when regaling the importance of timeliness to your students.

It’s inadvertently breaking rules (you mean no one told you about initialing assignment notebooks every day?) and constantly redefining your own (OK, I know I said I have a zero late-work policy but it turns out the district feels differently).

And because new teachers aren’t stressed enough, districts often require extra work from them. These can range from more frequent and more intensive observations to additional professional development classes—because who cares about adding substitute plans to an already crazy long list, right? There may be regular required meetings with senior staff—well meaning but, again, TIME. And, of course, newbies notoriously wind up fulfilling unwanted club and athletic roles. One must pay her dues, after all!

Most educators grow out of this stressful phase and eventually hit that sweet spot where teaching is more enjoyable and less sheer panic. Milspouse teachers just aren’t afforded such luxuries, so be mindful when blasting that syllabus typo on social media. She’s overwhelmed but trying her hardest.

Her Life is a Logistical Nightmare 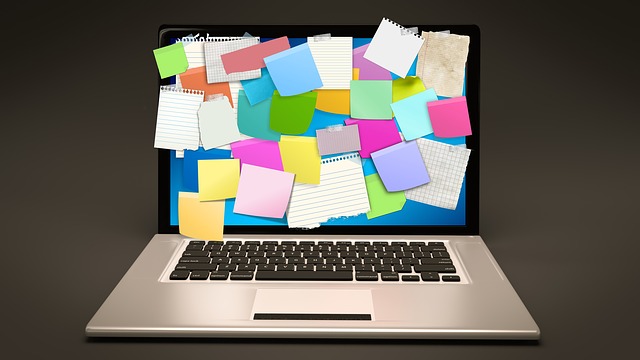 Consider your life as a military spouse. It’s often busy, stressful, and messy… sometimes literally —moving boxes don’t unpack themselves, after all. Your child’s milspouse teacher is human, too, and endures all the same struggles. And since we all know that large bureaucracies aren’t very considerate of others’ time, those struggles are often magnified.

Hello, ma’am. Your PCS walk-thru is scheduled for Wednesday at 10am.

Sports physicals? Ok, each child is scheduled for a different day next week. We close at 3.

Your new orders require an EFMP screening. My only open slot is Tuesday at noon.

Oh, your ID card is about to expire? Our office hours are Monday, Wednesday, and Friday from 1300-1500. Bring your sponsor or you’ll have to come back again.

Of course, all working parents deal with scheduling conflicts to some degree, but I would argue that our military lifestyle makes them more frequent and less flexible.

Being a new employee isn’t generally the best time to be asking for special favors like slipping out 15 minutes early. And frequent moves mean few, if any, support systems like family or friends to rely on.

Combine all that with an erratic work schedule for her spouse, and the typical milspouse teacher shoulders a lot of responsibility. There’s no working out a daily routine with her partner. She’s it. She must assure that contingencies are in place for all scenarios (sick kids, early release days, teacher work days, etc.) because he can be, and often is, gone at a moment’s notice. She may not be a single parent but she is often solo parenting.

Why do we do it, then? Why do we endure so much stress? Because we love it. It’s really that simple.

And we’re not mad that we’re often on the receiving end of parent trash-talking … OK, maybe just a little. We simply want you to apply some perspective and commit to working with us to achieve our mutual goal: your student’s success.

So when you greet your child’s milspouse teacher for the first time this year, resolve to work with and not against her. Consider all her hard work and treat her like the rock star that she is. If expenses allow, buy some bulk Kleenex or a few reams of paper. Surprise her with some new dry erase markers after winter break, or just take the time to send a quick letter of appreciation—because even rock stars need some motivation to keep strumming along! 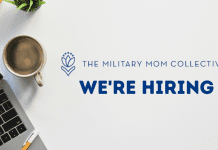 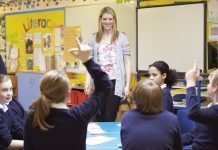 Military Spouses Stepping into the Classroom as Substitutes 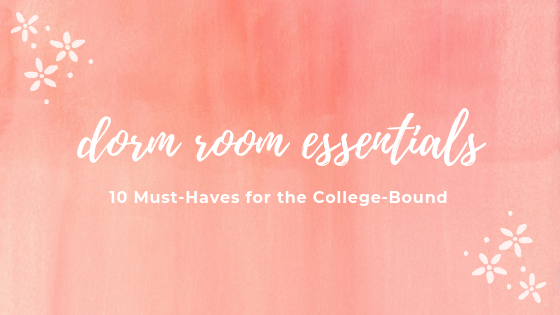 10 Dorm Room Must-Haves for the College-Bound