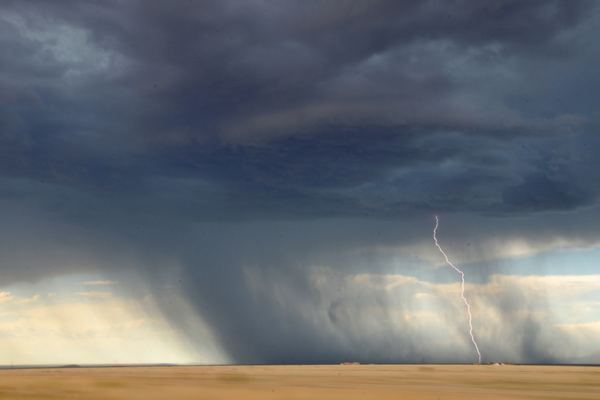 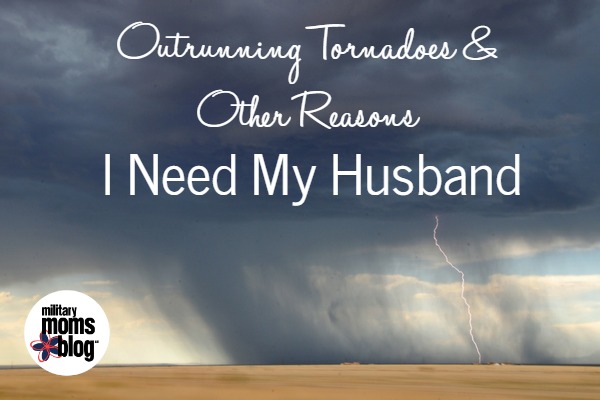 So, there I was, driving through backwoods Oklahoma on my way home from singing at a veteran’s dinner, my two babes snoozing soundly in the backseat. I knew there was a high risk of severe weather that evening. However, all the models were forecasting it to hit after I would be long gone. But 30 minutes into my two-hour drive, the clouds mushroomed in front of me, the sky turned ominous, and I knew I was in trouble …

My husband is a strong man.

Yes, he has sheer brute, muscular force and can open any stuck jar that crosses him, but he also is the emotional anchor who can keep me from spiraling. He has an exceptional ability to stay calm and think clearly and quickly in situations of extreme and high stress. Similar to the chicken and the egg conundrum, I’m not sure if he has always been that way or the military has bred that in him. But I would wager it’s probably a combination of both.

I, however, am the opposite.

In unfamiliar and high-stress situations, I freeze. I can’t think, I can’t analyze, I can’t process, I can’t act. So, when I was suddenly boxed in by five separate twisting and dangerous storms all converging on me, I was at a loss. We had been stationed in Oklahoma long enough that I knew to always be weather aware and know what to look for. I knew these storms had the perfect set-up for large, damaging hail and violent tornadoes. However, I was in the middle of nowhere and was faced with only two options: Shelter in place (in my car with my two babies) and wait for the storms to hit me, or quickly move forward and have a chance to get to safety in time.

My husband was TDY on the East Coast at the time and was watching the news and radar actively as we were on the phone. I was doing my best to remain calm but was facing paralyzing fear. He has an uncanny ability to see through any facade I put up, and he calmly reminded me to focus. He told me we would be safe and to keep driving. I’m pretty sure he had no way of knowing that and was probably terrified and feeling so helpless. But his words have the power to build me up. Just hearing him say that empowered me, despite his wavering voice.

Being a solo, stay-at-home mama is very isolating. Since my husband is gone frequently on deployments and TDY’s, the daily decision-making falls on me. But hearing his gentle voice coaching me through the miles comforted me because I knew I wasn’t alone. He was there, from a distance, supporting us and helping to keep us safe.

With every passing mile marker, he was there, updating me on which storm was where and tracking which way. But my husband doesn’t sugarcoat things, and I appreciate that so much. So when a new tornado warning popped up or a new part of the thunder-cell started to rotate, he told me. He gave me little goals to focus on while driving. “Once you get to this exit, you’ll be clear of that storm track.” And one by one, we miraculously (and barely) cleared every single one of those five storms unscathed, without so much as a drop of rain. Just as Moses parted the Red Sea, the storms stayed parted long enough to allow me to get to safety before crashing in a mile behind me.

That was one of the scariest drives of my life. And let me tell you, dangerous situations are always so much more weighty when kids are involved. And I couldn’t have made it safely without my husband. He is calm and strong; he knows how to build me up and work as a team; he tells it to me straight and trusts my decisions, just as I trust him.

We are opposite in so many ways and yet so similar. Our individual strengths build the weaknesses in the other. We could survive on our own like we’ve done so many times over the years, but when we’re together, we thrive.

We are stronger together, and thus, our family is stronger as a result.

For this reason, I need my husband, and he needs me.

But hopefully, I won’t ever need him to coach me through driving in severe weather again!

Reflections on a Decade as a Military Spouse 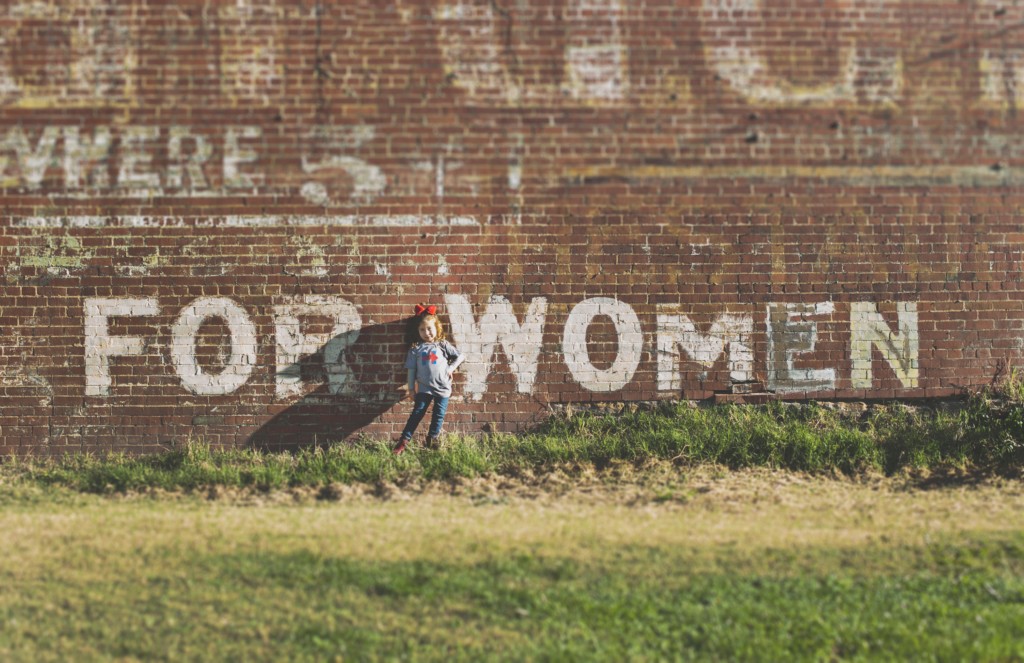 Dear Husband, What I Really Want for Mother’s Day