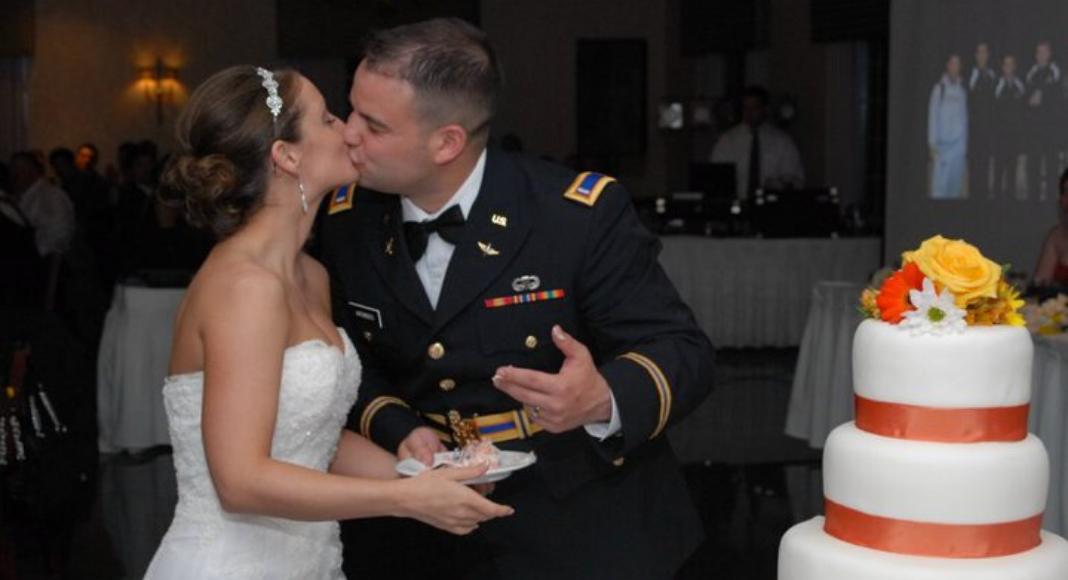 My husband and I recently celebrated our tenth wedding anniversary.

When I think back on the day we said “I do,” there was so much in our future I could never have imagined: the perfect little faces of our three children, the countless friends we’ve known and loved, and the fact that our first decade together would be punctuated by a worldwide pandemic. You know, all the standard stuff.

So while we didn’t get to celebrate as planned (I hear Airbnbs with panoramic views of the Acropolis are overrated, anyway), I’m thankful that our family is happy and healthy. There will be more trips. There will be more celebrations. But there will never be another decade like the one that came before – that headlong rush from freewheeling, unencumbered youth into the heavy, messy, deep connection of parenthood and responsibility.

If falling in love felt beyond our control, staying together through everything life has thrown at us has been a conscious choice. It’s had to be. It’s one we’ve made together; sometimes silently; at others, spoken aloud; sometimes declared through gritted teeth and hurt feelings. But we did it.

There’s another choice I made somewhere along the way. Perhaps less consciously than the other, but important all the same. I can’t say for sure when it clicked. Its presence isn’t always so acute. But on days like today, when I reflect back on the girl who sashayed down the aisle with no clue of the life she was walking into, the difference is stark.

Our wedding was beautiful. He stood at the end of that aisle in his dress blues. We cut our cake with a saber. 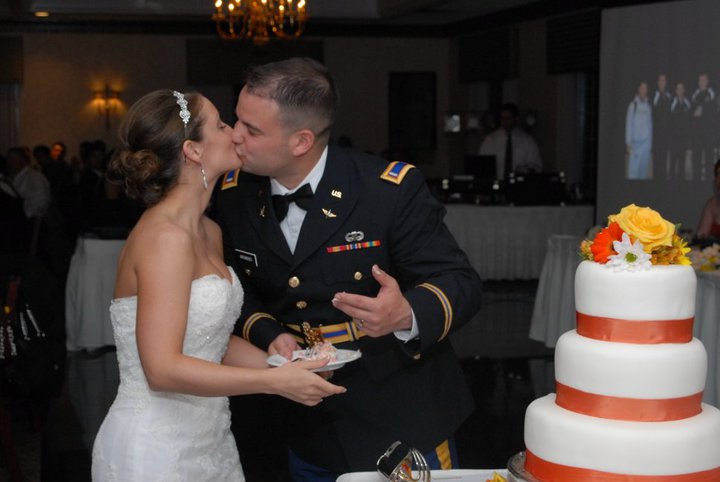 But behind all the pomp and circumstance, I wasn’t comfortable as a military spouse. Indeed, I bristled against the term. It felt strange and uncomfortable as if I were being swallowed up by his identity. It held a stigma, somehow. Why didn’t anyone refer to him as a teacher’s spouse?

So I fought it.

I fought the expectations and the rules and the structure. I rolled my eyes at the description of an FRG, likely laughing out loud at the suggestion I might eventually lead one. Turns out, that hurdle came far sooner than anticipated and is a role I’ve managed twice, albeit with varying degrees of success.

Those experiences, wonderful and difficult as they were, paved the foundation for my transformation.

Making those connections and jumping into the community made me feel less like I was being swallowed up by the military, and more like I was becoming part of it.

Sounds obvious, right? Maybe today, after years of being married to a soldier. But not then. Not to that headstrong independent girl who refused to entertain the notion of being a stay-at-home mom. She scoffed at the thought of “voluntold” duties, luncheons, board meetings, and fundraisers. It was all too foreign and overwhelming.

Of course, it still is sometimes. We all retain a little of the girls we once were.

But a decade later, here’s the truth: I am a military spouse and I am not ashamed. I choose this life. I choose to embrace it.

The Army has accounted for the vast majority of the experiences in our married life. Most everything, from the mundane to the major, has been shaped by it in one way or another. It’s not just his job, as I once believed. It’s not just about him. It’s us. It’s our family and all that we’ve endured together on this wild adventure.

What I didn’t appreciate then is that the Army is so much more than a job.

It’s a lifestyle. A lifestyle that has impacted every important decision we’ve made as a couple, including when to have kids, the jobs I’ve had, and where we’ve lived. It’s a calling to which every member of the family must subscribe.

If I could go back to the young, nervous bride I was then, I would tell her to jump in feet first. Plunge right into this crazy beautiful life.

So what if I’m “nothing more” than a military spouse? It’s a question that, once upon a time, would’ve incurred a visceral reaction. But I see now that I’m not just a help-meet to my husband. As a military spouse, I’m an important part of our community and the mission, itself.

There was a time when women used to offer similar platitudes in my direction. I’d nod appreciatively while focusing on not physically rolling my eyes. But the crazy thing is, it’s true!

It took a long time for me to be at peace with the sacrifices that this lifestyle demands. But where I once felt lost and uncomfortable, I now feel confident and secure. In my fear of letting the military swallow me up, I could’ve turned my back the way I had once imagined. “No, I won’t help with the FRG. No, I refuse to live on post. No, I don’t want to attend unit events.” I could’ve sheltered myself from all but the absolute necessities. 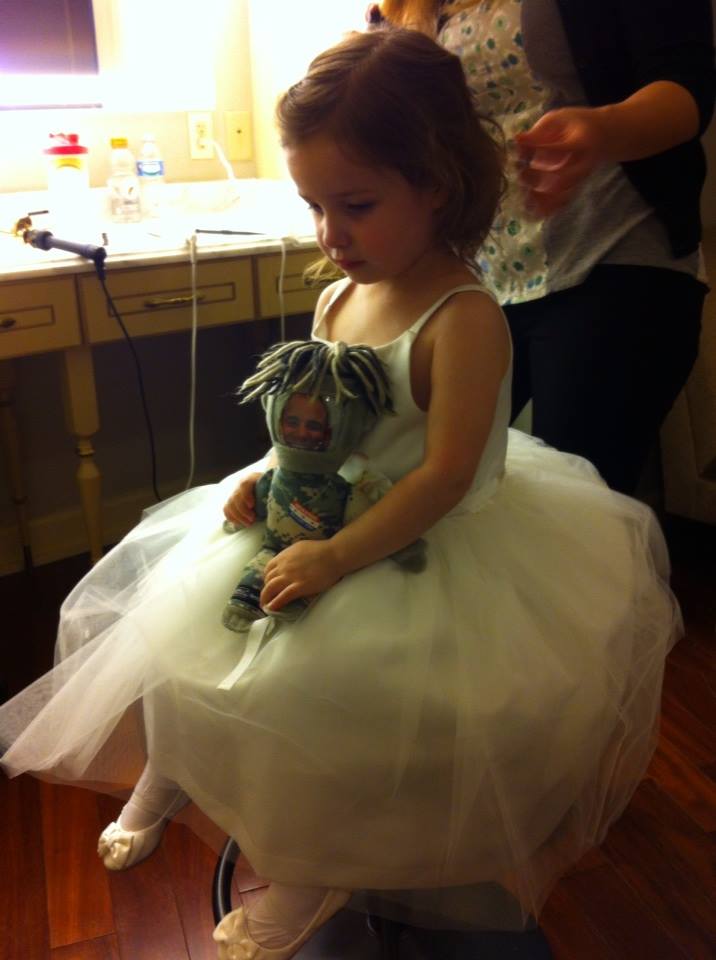 Looking back now, I’m grateful for having made a simple choice to accept this military life whole-heartedly.

Ten years ago, I thought I was walking down the aisle toward my husband. I was really walking toward my entire future, and it’s one I wouldn’t take back for the world. As my husband said while toasting to our first decade together: “Ten years seems like a lot, and not enough all at the same time.”

For both love, and the military, truer words have never been spoken. 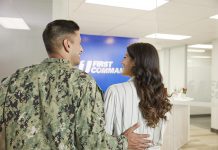 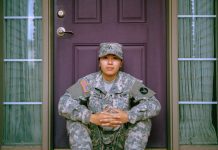 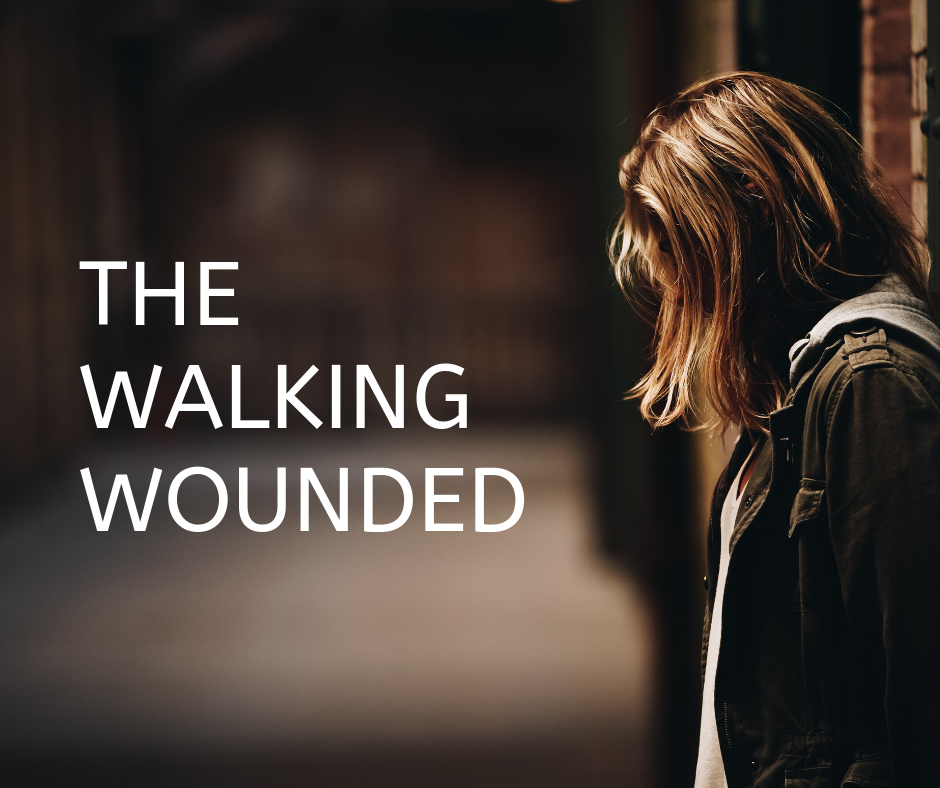 Walking Wounded: Breaking the Silence and Stigma of Abuse from PTSD...