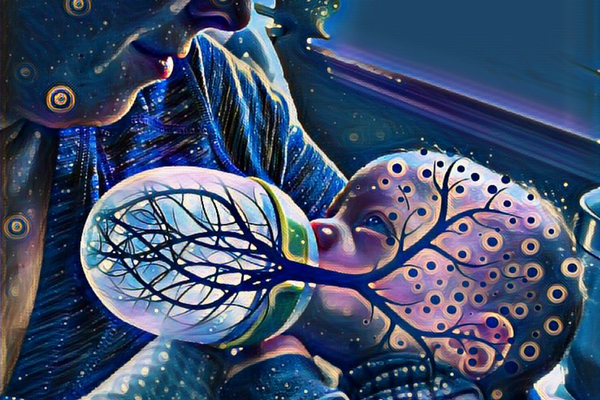 My husband calls me a crunchy mom.

Although, on the spectrum of crunchy to traditional, I’m fairly moderate. I try to buy organic produce and non-GMO foods, but I also love the sweet deal on Toll House cookies at the commissary. I try to use non-toxic and natural cleaning products but sometimes only Clorox Bleach will do. I tried really hard to use only cloth diapers on my first, but after he started solids, the cleanliness and convenience of Honest Co. disposals won out. And now with my second, It’s Up and Up in bulk all the way (where are all my Target-brand loving mamas?).

But when it came to breastfeeding, it was almost like a no-brainer. Yes, of course I’ll breastfeed! I thought. If the health benefits and ease of pulling out a boob whenever wasn’t enough, the cost savings alone was enough to convince me.

Breastfeeding is just what you do, right??

But both of my boys had severe lip and tongue ties, and breastfeeding was anything but easy. It seemed like they had a great latch, but they both lost so much weight right away, and both times I was told to stop breastfeeding and start pumping and bottle feeding only. Nursing hurt so much, but I was determined to see it through. So we got evaluations, and shortly after their diagnoses, we got their ties revised.

Like with any newborn, there was a learning curve. With my first, neither of us had any idea what we were doing. But a few months after his tongue tie revision and months of support and consultation, we got into a great routine of breastfeeding and it became mindless and easy.

But after being the only person to feed him (thanks deployments and him not liking a bottle) for months and months on end, I was worn out. I was touched out. And even though there was no more pain, I would dread the look on his face when I knew his tummy was starting to growl. I needed a break. He still wasn’t sleeping through the night at 10 months old, and I was at the end of my rope.

I didn’t want to end nursing because of my own selfish desires, but I needed my own body back. I wished I would wake up one day and he would suddenly reject the breast, ending the relationship on his own terms.

Instead, I woke up one day with an abscess in both nipples (an open, festering wound on each nipple is technically mastitis, but oh so much more). It hurt something fierce, and it got to the point where I couldn’t control my screams when he would eat. But because the infections were so sudden and severe, I had to quit nursing instantly and couldn’t pump either. My sweet baby had to go from 100% nursing to 100% formula in a bottle literally overnight.

I felt so guilty. He started to have so many health issues when we realized he was allergic to his milk formula, and I couldn’t forgive myself for wishing away his initial safe food source. I blamed myself. What if I hadn’t wished it all away??

When my second came along, I swore I would do things differently and fight to breastfeed, no matter how much it taxed me.

However, my sweet, second little boy was a preemie and his first meal was formula in the NICU. And because of severe growth issues, we became exclusive pumpers after 3 months. But after 6 weeks of only pumping, I was nearly all dried up. My breasts were no longer responding to the pump, and I would only get mere drops.

But I never officially gave up. Breastfeeding just kind of died on its own. My guilt from my first was still so fresh, and I couldn’t allow myself to give up. Whereas the day finally came that I stopped pumping, I never packed my pump or my pump supplies away. Maybe I can take a pill or hormone therapies that will help me re-lactate?

It wasn’t until we moved last month and had to pack all the flanges and tubes and bottles pieces that I finally resigned to no longer breastfeed. It only took 6 months to get to that emotional place to let it all go.

My sweet little baby is about to turn one and has been on formula for much of his life. Even though both my boys are healthy and growing faster than their toddler and preemie peers, I still feel twinges of guilt when I watch my neighbor latch her small babe, or read those “Breast is Best” articles.

I had it in my head and heart that I would be one of those crunchy moms to still breastfeed my kids as toddlers. And when both times it had to be cut MUCH shorter than I was hoping for, it was a shock and an emotional roller coaster.

So, yes, my babies are healthy, and I know now that stopping breastfeeding was a medical necessity on both counts, and nothing to do with me or what I could have done or didn’t do, but that didn’t assuage my guilt at the time.

So, mama, if you are struggling with a choice to breastfeed or not, to start or stop, power through or seek help, I want you to hear me…

This is not an easy choice, but deep down, you know what’s best for your babe, and at the end of the day (or at the end of 6 months), you’ll know you made the right choice for yourself, for your baby, and for your family.

Do you have any guilt around breastfeeding? Did your baby have a tongue tie? Did your breastfeeding relationship get cut shorter than you wanted? I want to hear your story!

Need breastfeeding help? La Leche League International has great articles (like this one about tongue ties) and can direct you to people to help in your area!

Looking to boost milk supply? Try this delicious oatmeal recipe that’s sure to be a family favorite!

More of our favorite breastfeeding-friendly brands: 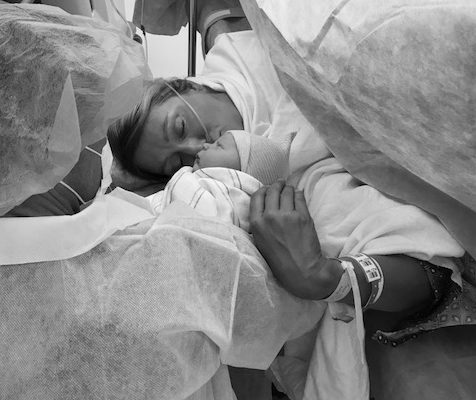 The Best-Laid Plans of Having a Baby Often Go Awry …