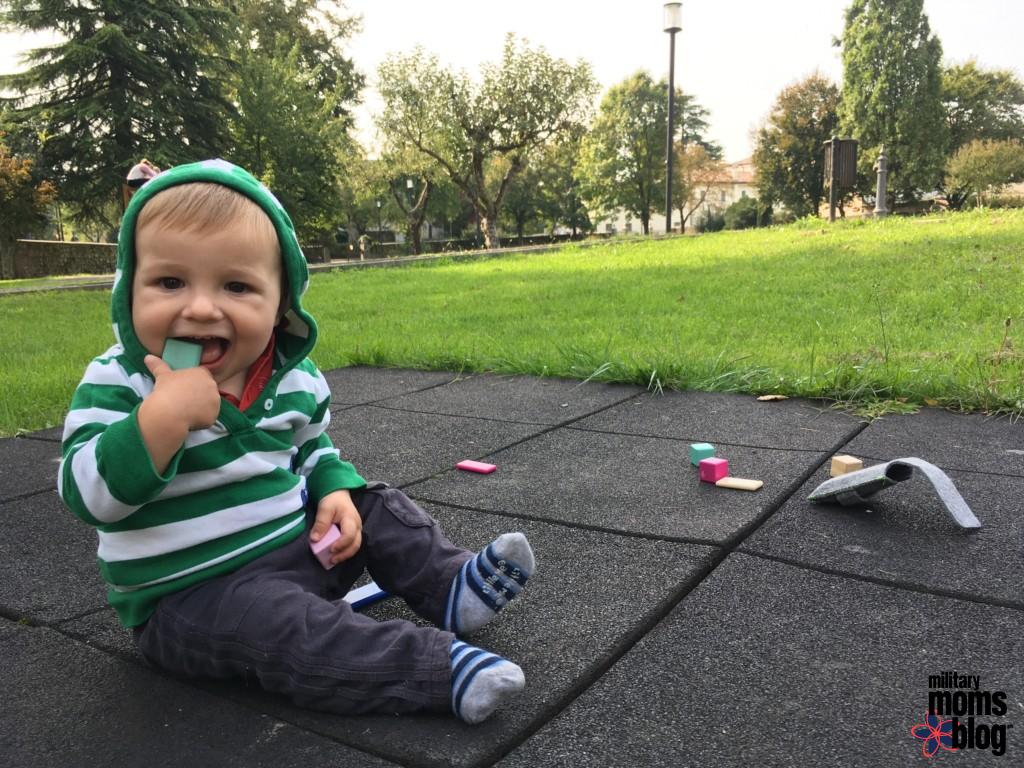 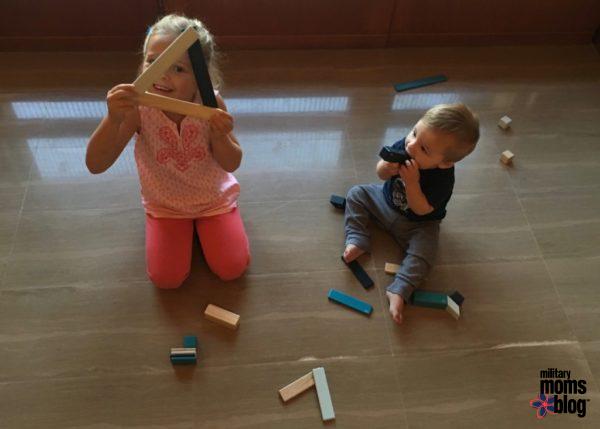 This summer we moved overseas. For about 2.5 months, we lived in a variety of housing situations — the majority of the time spent in temporary military housing. As it goes with any overseas move, during these 10 weeks, we didn’t have our household goods because in the quite accurate words of our 4-year-old daughter, “Our stuff is on a slow boat somewhere.”

As much as I’d love to say that having no possessions or furniture meant we were out exploring all day every day, that wasn’t quite the case.

With a 9-month-old and a 4-year-old, there are only so many hours a day we can be outside of the home. Plus, my kids like being home — even when “home” is a sterile hotel situation with cardboard couches.

As the summer slowly ticked by, and we played 1000 rousing hours of make believe, hide-and-seek, hot lava and all the other games that involve no toys, I started to have nightmares that the “slow boat” was actually a canoe, and it had capsized somewhere in the Pacific, sinking everything — even my daughter’s Moana doll … which she asked for every day.

For a newly initiated stay-at-home mom who already wasn’t very used to being home with the kids all day, I’m not gonna lie, I felt a bit like I was being hazed.

Finally, one morning after my daughter had already instructed me to play Ursula, Elsa, Jafar, and Rapunzel’s fake mom, real mom, dad, and brother (she doesn’t even have a brother), I had had enough.

I love my kid’s imagination, but for me, it seems like fostering it takes 100 percent of my attention. I wanted a new toy that would still encourage her imagination but require a little less effort on my part. I also didn’t want anything giant — we were still living in a very small space — and I didn’t want it to have the capability to blow up when I, invariably, plugged it into the wrong outlet.

Side note: When we first arrived overseas, I allowed my daughter to pick out one toy from the BX. She chose an Easy-Bake Oven which I promptly plugged into the wrong voltage and blew up. Yes, three months later, she still brings it up. Daily.

A silent toy was also, of course, a plus.

This is when I found Tegu magnetic blocks. I already knew about the company and loved its premise — it intentionally built its factory in Tegucigalpa, Honduras in order to create local jobs and pay its workers living wages.

And I had seen the blocks in action. When my business partner Christy and I were in a meeting with a banker (plus our children) several months ago, I had watched, slack-jawed, as she silently pulled out the Tegu pocket pouch and gave it to her kids who were magically mollified.

My 4-year-old has never been into blocks, so I knew I was taking a little bit of a risk when I ordered them online (she’s more of the “dramatic play” type, to put it in preschool terms). But I was so sick of being Ursula (why don’t I ever get to be Ariel?!), and I personally love to play with blocks, so I was really hoping she liked them.

Not only did my daughter adore the magnetic blocks — she loves to play with them over and over again. This isn’t the type of toy that a kid gets sick of after a week. Tegu advertises “boundless play,” and it’s so true. Each time we get them out, she builds something new and uses it to tell a story. Plus, I love playing with them, too.

The other night (AFTER the kids were finally asleep, mind you), I caught my husband on the floor with the Tegu blocks muttering to himself about a fire breathing dragon.

They are simply a lot of fun to play with no matter your age.

I’ve become such a believer in Tegu that I bought the pocket pouches, too. Now that we live in Europe, we’re traveling a lot, and I hate to always rely on my phone or my kid’s tablet or the crayons that are currently melted between the car cushions. I keep the travel pouches in my purse and pull them out all the time.

The blocks cost a bit more than I would normally spend on toys — but I actually no longer think so at all. Because with these blocks, I know they are not going to break. They take no batteries or refills or extra parts. We aren’t going to lose an integral piece. And they aren’t going to go out of fashion like that what’s-her-name Disney princess. Plus, I love that my baby can “play” with them, too, because he can’t swallow them nor are they made with unsafe materials.

Also, I see the blocks as an investment — an heirloom of sorts. Will I pass on my daughter’s stupid Shopkins junk that we lost half the pieces to five minutes after we bought them? No. But will my son be playing with the same set of Tegu blocks in three years? Absolutely.

While this is a sponsored post, we really and truly love Tegu blocks. Military Moms Blog takes great pride in partnering with brands we believe in. We are particularly proud to partner with a company who is helping make our world a better and more fun place.

Military Moms Blog is thrilled to partner with Tegu, maker of simple, heirloom-quality magnetic blocks and toys. This is a sponsored post. 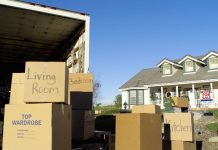 PCS Season Is The Worst For Everyone This Year 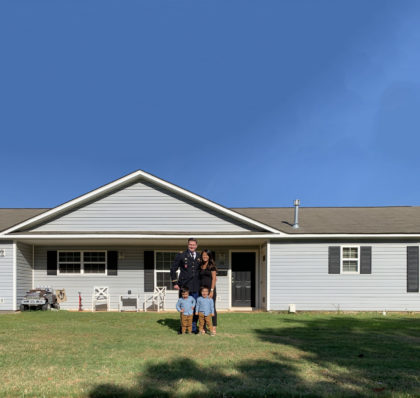 Our Family PCS’ed During The Pandemic 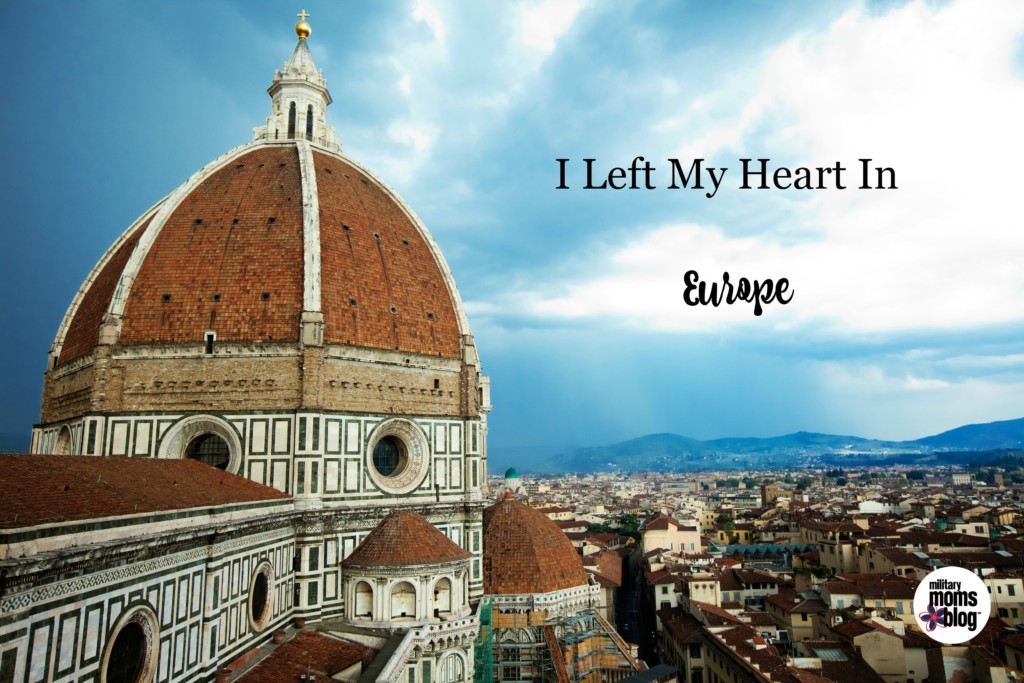 I Left My Heart in Europe