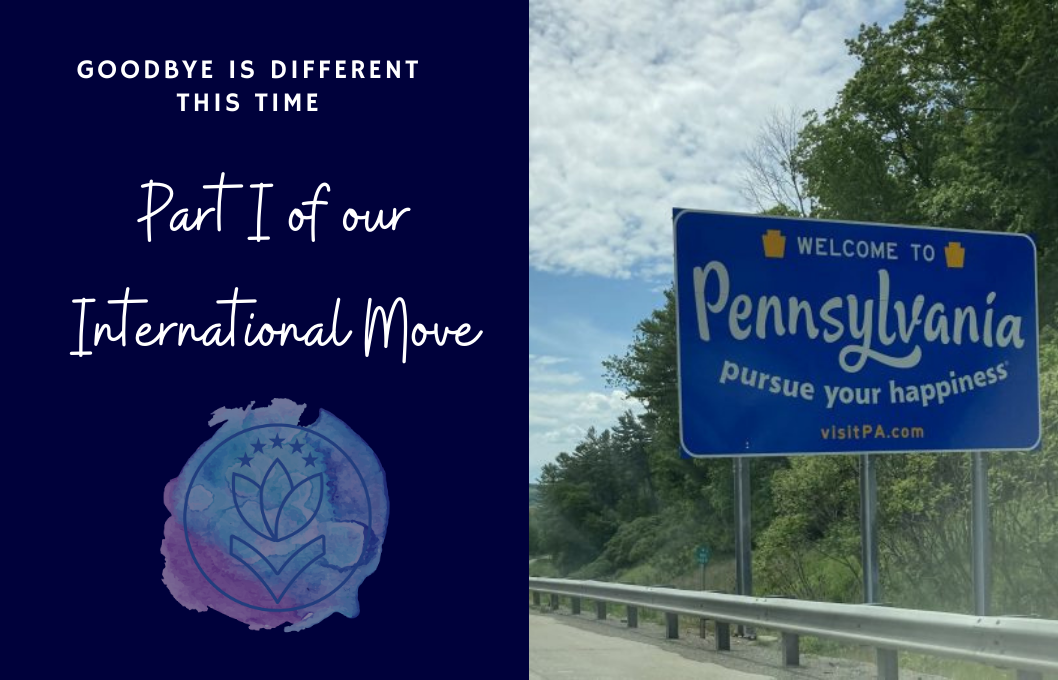 Some goodbyes just suck, don’t they?

If you’re part of a military family, you’re probably experienced at saying goodbye and know that some just feel different. Some we can take in our stride and move on to the next posting with hardly a thought; others loom over us like a dark cloud and linger for months, even after we’ve moved.

We are weeks away from our next big goodbye, and it feels vastly different from the last one.

Three years ago, we left our family and friends in Scotland and set off for our overseas posting to the USA. It was sad knowing that we wouldn’t see them for such a long time, but we also knew that we would be back. I don’t necessarily mean that we would live there again soon (although that would be nice!), but we knew that we would visit. It wouldn’t be the last time we saw our friends, family, and familiar places.

To ease the pain of those goodbyes, we also had an exciting adventure ahead: exploring the USA and experiencing a different way of life. We obviously hadn’t counted on a pandemic to get in the way of exploring…but that’s another story.

Fast forward three years, and now we are preparing to leave the life we have built in Pennsylvania.

This goodbye hits a little differently. For a start, there isn’t much chance of us returning because we don’t have such strong roots to pull us back.

It has been a wonderful place to live but not exactly a top ten holiday destination! That means when we say goodbye to the awesome friends we have made here, there’s a good chance we won’t see them again. One or two might manage a trip to the UK or our paths might cross elsewhere if the stars align but for the vast majority, this goodbye will be for good. I know that sounds overly dramatic but that’s how it feels. It makes me so emotional that the tears well up if I think about it for too long.

I have found a real support network here, and I’m not sure I could have survived the pandemic without them in my corner. It’s not just the people though. The way of life we have in this community is wonderful and so different from the life we left.  Here, my husband has a ten minutes or less commute, so he is home for dinner every night and sees much more of the kids and me. I know how lucky I am to be able to say that, believe me!

We also have a much bigger house and garden than we had in Scotland, and we have certainly become used to that space! I have to say, if we were going to spend months in lockdown, I am glad it was here where the kids had lots of space to run around outside.  That has been a life saver! I have no idea how we are going to fit all of our belongings into a normal-sized house in the UK.

The other thing that makes this goodbye different is what we are going to do next.

We have been posted back to the UK but not to Scotland.  This wasn’t a surprise. But when people ask if we are excited to be saying goodbye so that we can go “home,” I admit it doesn’t feel like it. Home would be Scotland; we are being posted to the south coast of England.  It is about as far from home as you can get without ending up in France. To give you an idea of scale, it’s like moving to New York but going home is to Cleveland, OH.

Also, the job that my husband is going to be doing will be very different for our family from the one he has here. He will regularly be away for a few weeks at a time, and that will take a lot of adjusting for all of us. We have become used to him being here every day. I don’t just mean in the evenings, either. He returned to the office a few weeks ago but for the previous 15 months, he was working from home. The fact that I will be “flying solo” with the kids on a regular basis is one of the main reasons I am reluctant to leave the USA. I have previously written about how his absence affects us and how lasting the effects are, and I’m not looking forward to that emotional rollercoaster.

In contrast, my husband doesn’t necessarily have the same feelings about saying goodbye as me. Our lives will look quite different when we arrive in the UK. He will be starting a new job in a place he is familiar with and colleagues he already knows to some extent. He might even be working with old friends. He will also travel with work and have a lot to keep him busy.  I, on the other hand, will be moving to a place I have only visited once. I will need to work hard to build a life there and will be at home with the kids while he travels. The joys of military spouse life…

However, we are being posted to a nice place in England.

We do know one or two people already because there is a big Royal Navy base there, so it’s not all bad. My husband has also lived there before, so we are not starting from scratch in terms of getting to know the area and making friends.  One thing is for sure though: we won’t be getting the same weather we have become used to in Pennsylvania. So for the next few weeks you’ll find me in the garden working on my tan.

Look for Part II of Jenny’s move to the UK to see how they are adjusting to life back “home” – sort of! 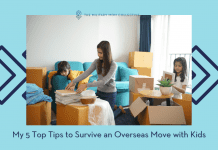 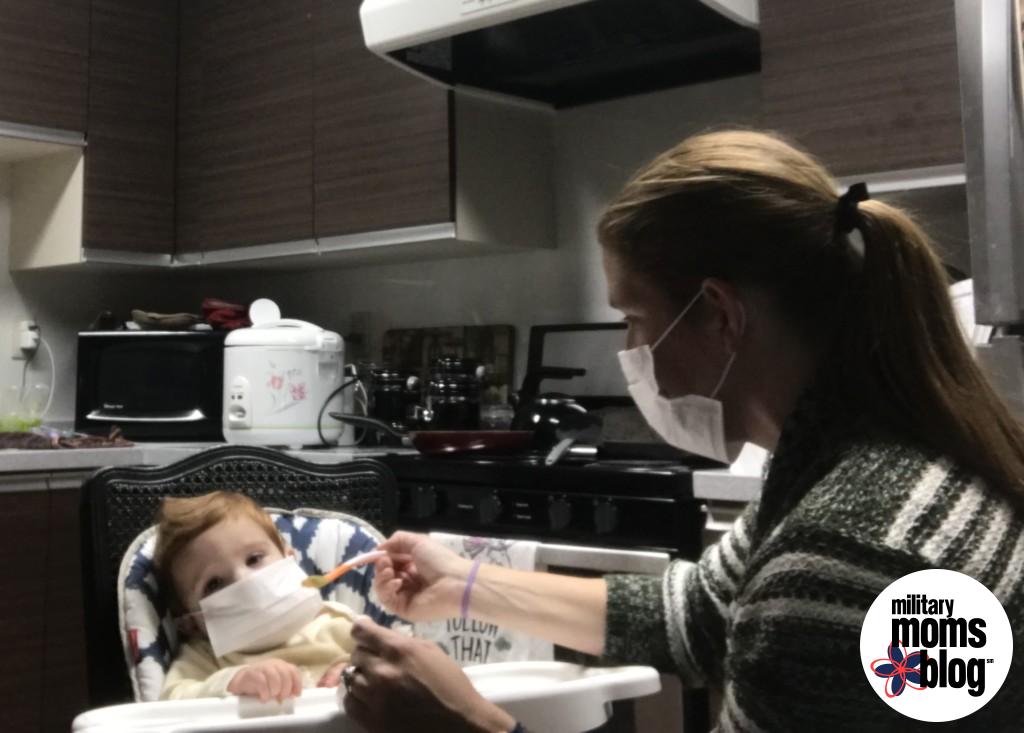