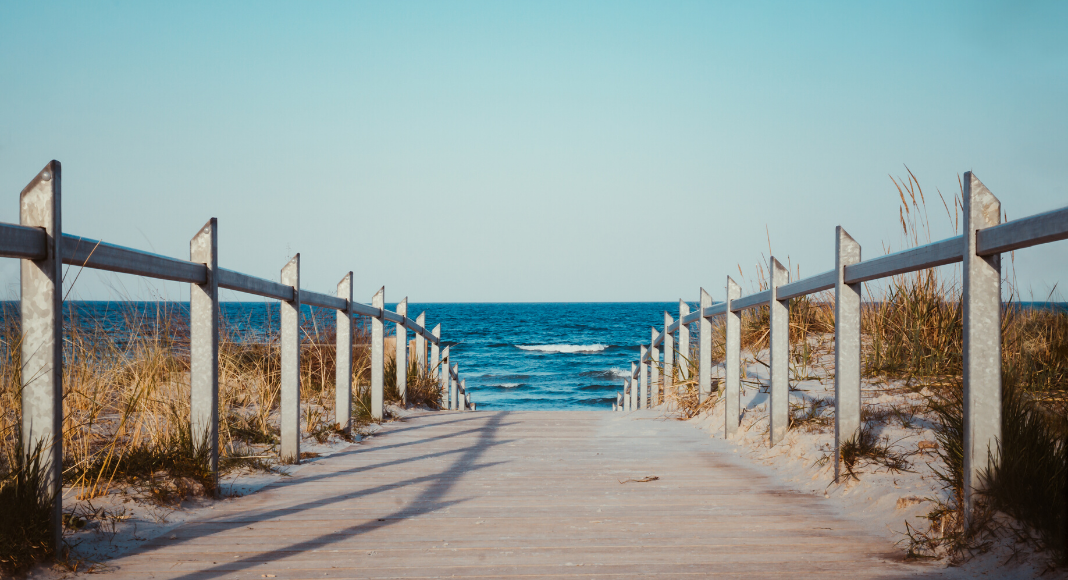 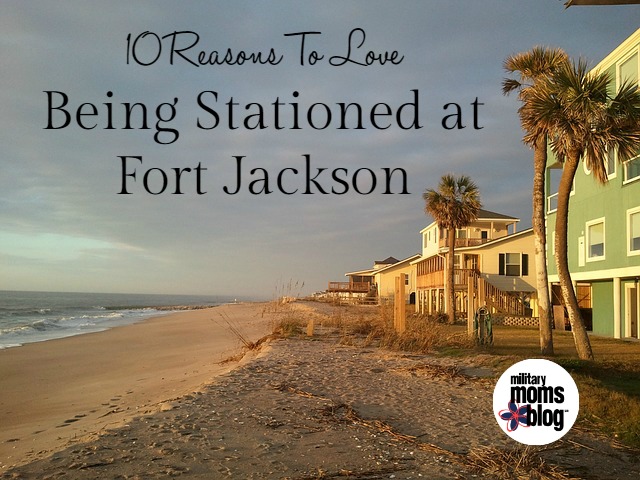 When we moved to South Carolina, I didn’t know what to expect. I knew it was going to be a heck of a lot different than living in Chicago, that’s for sure. I had previously visited family who live in North Carolina and was not super impressed with what I saw, so I was a bit skeptical and worried there may not be much for us to do.

However, once we arrived, I was pleasantly surprised at what I found here. I guess I shouldn’t have been so skeptical in the first place. I mean, Fort Jackson is the largest initial entry training center in the Army, and it’s located in Columbia, the capital city of SC. So it would make sense this would be a pretty active area with lots to do.

So if you discover your PCS is going to lead you here, don’t panic! Instead, read this list!

10 Reasons To Love Being Stationed At Fort Jackson

Since Ft. Jackson is one of the largest Army bases in the U.S., it offers a lot. There is a fantastic playground set in the middle of a very large open grassy area. The playground has two structures that have some unique play features I haven’t seen on other playgrounds. The base also boasts a water park.

The commissary has recently been renovated and is beautiful and easy to navigate. The base also frequently hosts concerts. So far we have been privileged to get to see Gary Sinise and the Lt. Dan Band, and Billy Currington on base. 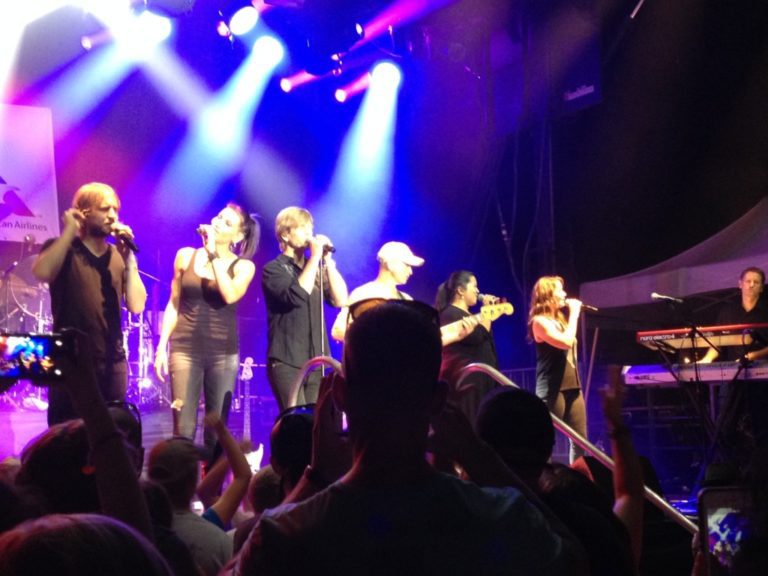 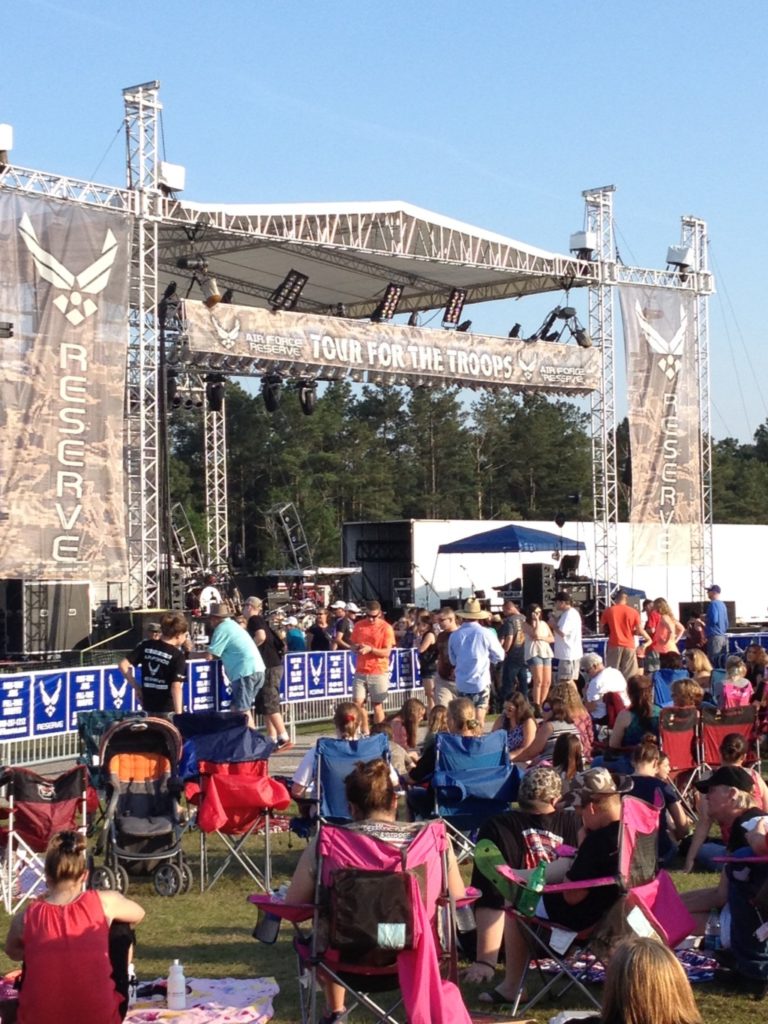 Columbia is only two hours away from some of the most beautiful beaches. There are nine beaches alone in Charleston! Or, you can drive one more hour or so up or down the coastline to some more wonderful beaches in South Carolina, North Carolina, and Georgia.

Columbia boasts a vast array of parks and playgrounds! You can’t go wrong here. There also are numerous splash pads and water play areas for kids! One of my favorites is Waterfall Junction. Kids can stand in a giant waterfall, slide down a watery path, and there’s a separate splash pad for the babies and toddlers.

The food down here is AMAZING! I mean you can’t go wrong with fried chicken, biscuits and gravy, shrimp and grits, pulled pork, shrimp boils, cornbread, brisket … my mouth is watering just typing this. I had never had chicken and waffles before moving here, and now I can’t go without it. It is pure heaven! But what’s even more awesome is that mac-n-cheese is life. And I’m not talking about Kraft. I mean homemade, dripping with butter and four types of cheese, mac-n-cheese. Aww, yeah!

I have been to many different zoos in many different states. Heck, Chicago alone has two! But, Riverbanks Zoo is one of my absolute favorites! Not only does it have a variety of animals, there is a climbing wall, a high ropes course, zip lining, a children’s train, carousel, and playground. You can also feed giraffes, tropical birds, goats, and Alpacas. On top of that, the zoo is brimming with new baby animals quite frequently. 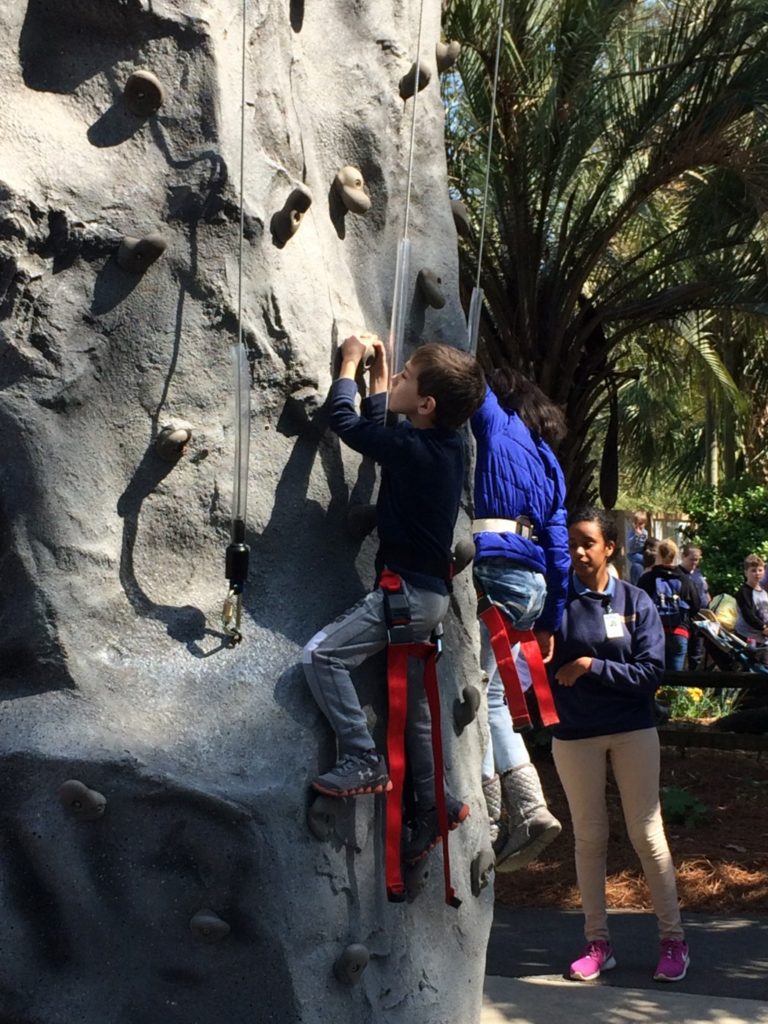 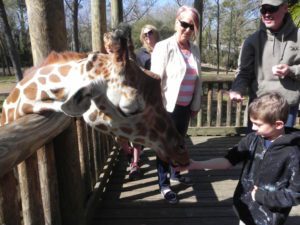 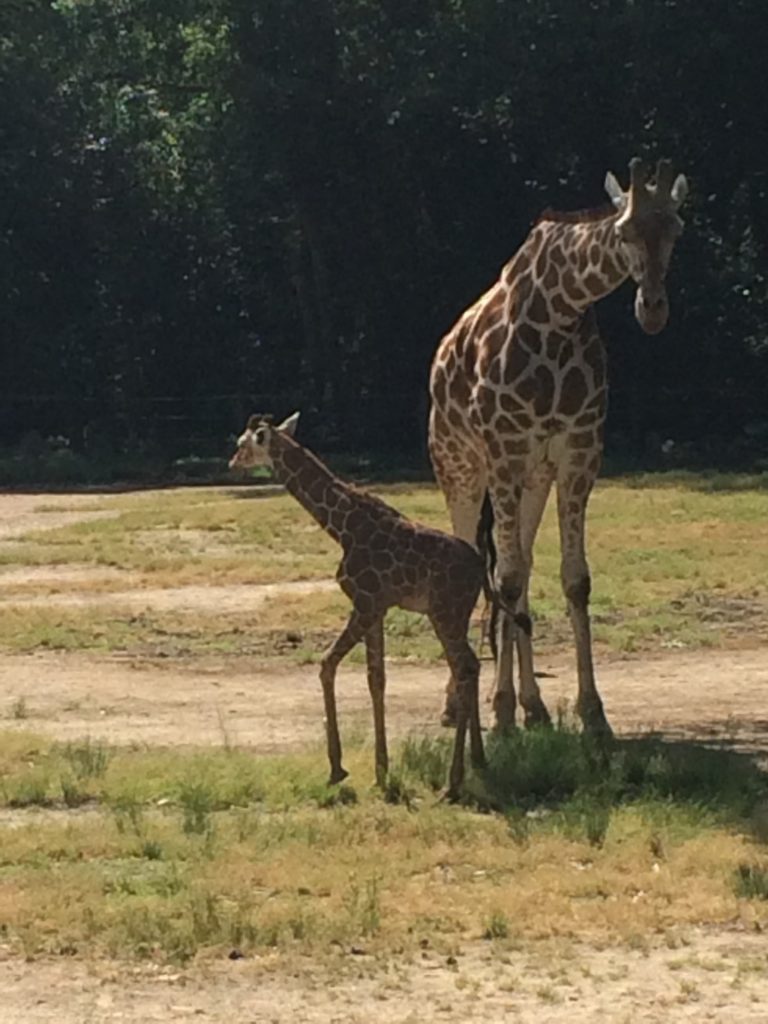 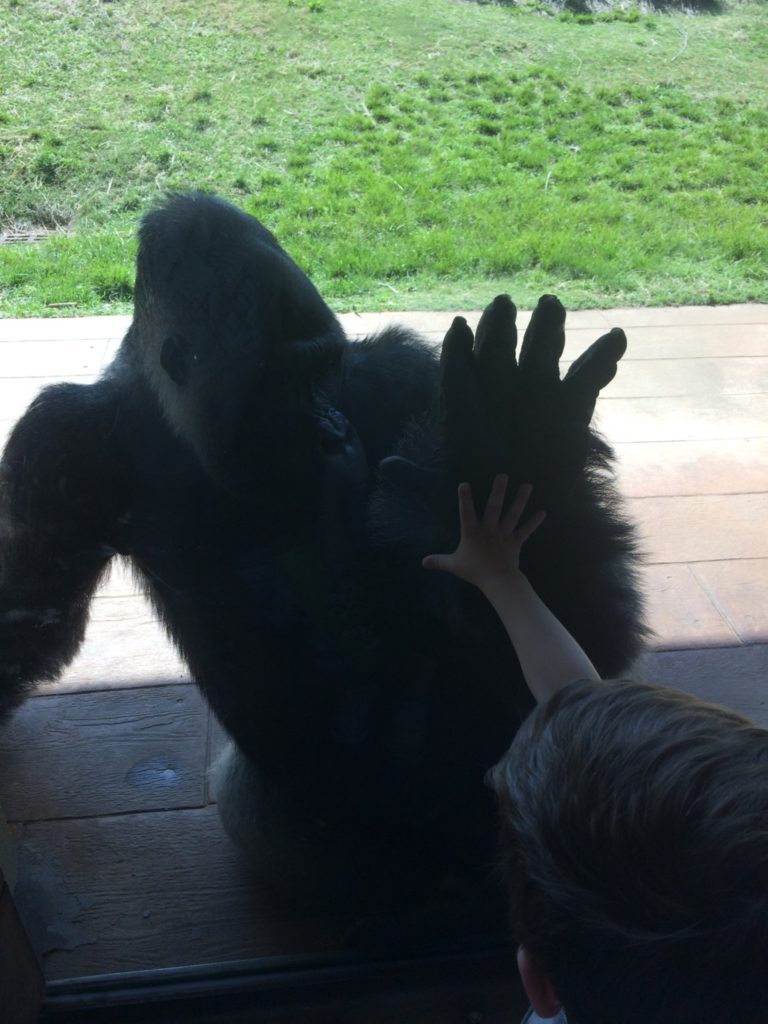 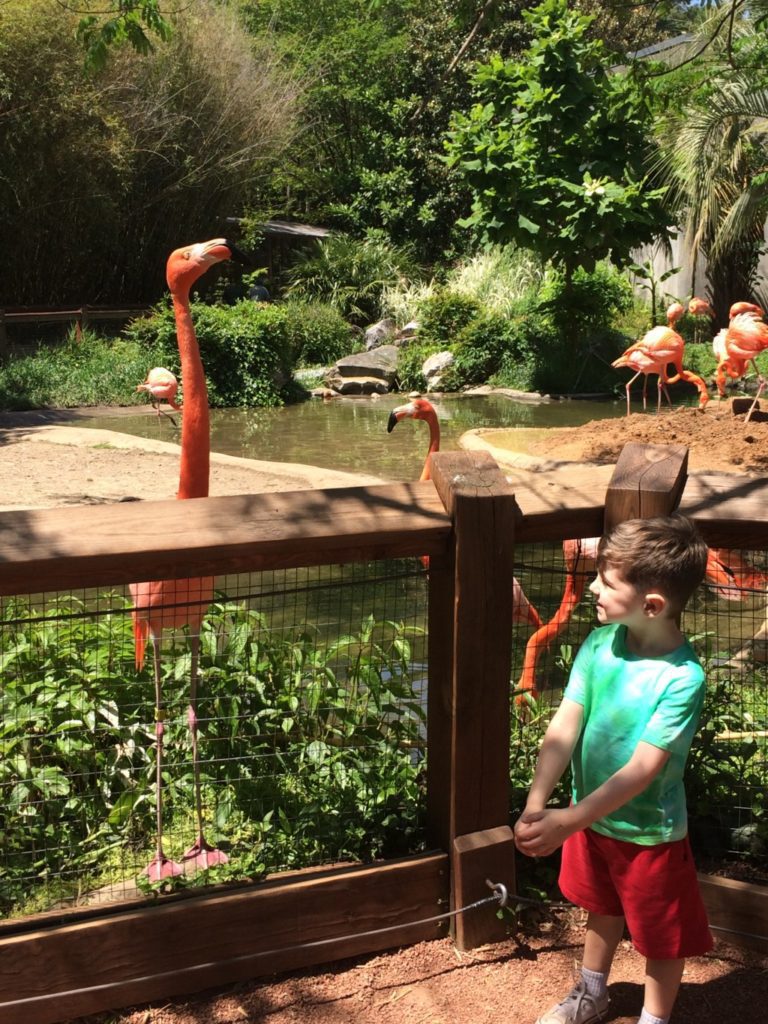 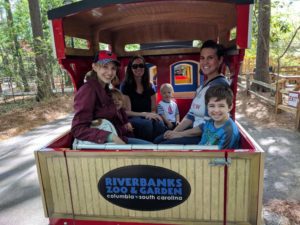 Sports For All Ages

Do you enjoy attending sporting events? Well, Columbia has a fair share of them. If you enjoy baseball, head on over to Spirit Communications Park for a Fireflies game (Columbia’s minor league team). Enjoy college sports? The University of South Carolina Gamecocks will satisfy your need for collegiate athletics. The Gamecocks has a fantastic athletic program and each game is a treat! In fact, one of the women’s basketball players was just drafted to the WNBA!

If you enjoy going to see a play or musical, you will love what Columbia has to offer! Columbia has a two dedicated children’s theaters (one of which is a marionette theater! So fun!) and multiple other theaters in downtown and the surrounding suburbs. Many of the theaters offer acting classes and have wonderful summer programs for kids. Columbia is also home to the Columbia City Ballet, who always puts on fantastic productions that never disappoint. For a list of theaters in Columbia and more information on each, check out this post.

There is a lot of history in South Carolina, and Columbia, included. So it would make sense there would be plenty of museums as well. EdVenture Children’s Museum  is tons of fun! There are always fun events going on and inside the museum is a 40 ft tall boy named Eddie that kids can climb inside and learn what it looks like inside the human body. The South Carolina State Museum is a wonderful place to visit and is full of history and changing exhibits. It also houses a planetarium and has a 4-D movie experience for families.

Columbia has a wonderful library system! I really enjoyed the libraries when we first moved here, and now they are even better because most of the libraries in Richland County are getting renovated in one way or another. The changes are absolutely amazing! These libraries are not to be missed.

Columbia is pretty much in the center of South Carolina, making it the perfect location. It is so easy to hop in your car and hit the road to many great vacation spots! Greenville and Charleston are both less than two hours away. Those beautiful beaches? Only a short two-hour drive. Not to mention, it’s an easy hop, skip, and a jump to North Carolina, Georgia, and Florida, as well. So many opportunities await!

Have you been stationed at Fort Jackson? What do you like about living in Columbia? Share in the comments! 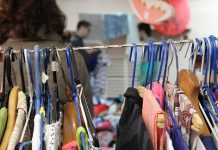 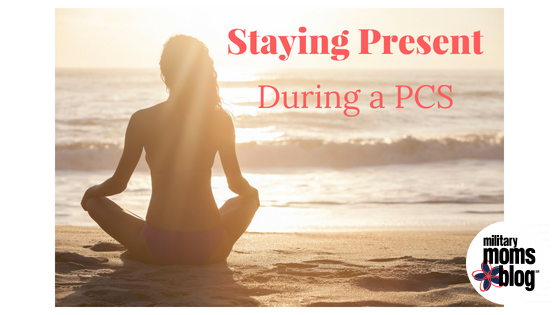 Staying Present During a PCS