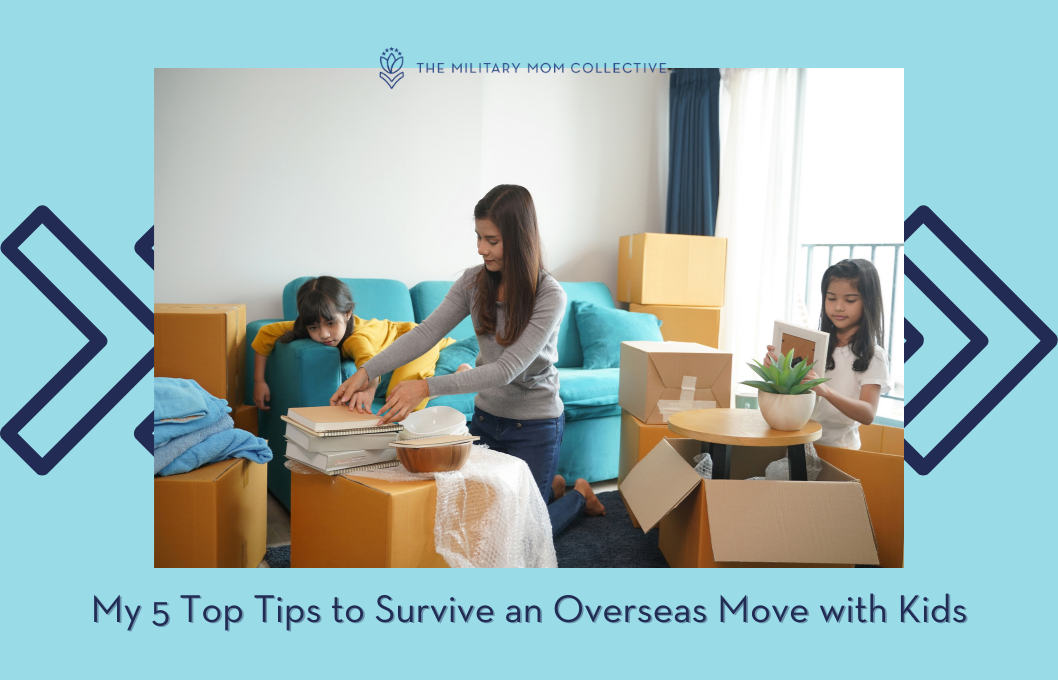 You have the overseas assignment orders. Hurray!

But then you start to think about the logistics of moving overseas with young children…and panic sets in.

Please don’t worry; it can be done. I’ve done it twice and lived to tell the tale!

Here are my 5 top tips for how you can survive an overseas move with young children.

Before we get into the tips, there is one bonus general tip: talk to the kids. No matter how young they are, talk to them in a way they can understand. Moving overseas, especially if you are moving away from family, can be a very unsettling time. In my experience, the more we talk about it, the more comfortable we feel.

It is the nature of military moves that not all of the details will be known right away. Even those details you think you know will probably change, right? I found the best way to handle this was to talk about the things we did know and then see what else they ask about. Overseas moves are full of uncertainty so we found it was important to be honest about that and update the kids as we found out more.

Tip 1: Get Them Involved

It all gets a bit real when the packing starts, right? That can also be an unsettling time for young kids. We tried to get them involved so they felt that they were part of it all and had some control. Obviously, we didn’t let them loose packing up the wedding china, but we could let them decide what happened to their toys.

For us, the first overseas move was from the UK (home) to the USA. The arrangement with the Royal Navy was that some of our personal belongings would be shipped, but any large pieces of furniture and various other things would be put into storage in the UK until we returned. The shipment we did have would take almost 2 months to reach us in the USA; thus, anything that we wanted to have for those first 2 months needed to come with us on the plane.

We explained this as best we could to the kids who were three and one at the time. There was a lot of talk of “on the big ship” and “on the plane” for several weeks. They had to decide which of their toys would come on the plane with us and which would follow later on the ship. It was definitely hard for them to get their heads around, but being part of the decisions helped them to feel at least some control over the situation.

And when the shipment finally arrived and they had all of their toys they hadn’t seen for 2 months, it was just like Christmas Day!

Tip 2: Get to Know the New Location

This can be a bit tricky before an overseas move, but it’s not impossible! Google Maps and Streetview can be very helpful. For example, we had already found out where our closest ice cream shop was, how long it would take us to get to the beach, and which playgrounds we wanted to check out first before we ever landed in our latest overseas move.

Google Street View in particular was helpful to let the kids visualise the new area and even the new house. They took great delight in telling people what they knew about the area before we moved and this made it feel more familiar when we eventually arrived. 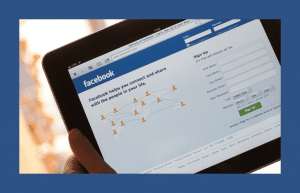 This might not be everyone’s cup of tea, but it can be really useful in finding your way around and working out what places to visit after an overseas move.

Boredom can be a killer, especially when you have young kids. It is important that you find out what things there are to do in the local area. A lot of places will have Facebook groups with suggestions or even local mum groups that you can join. Before our first overseas move, I had already found several playgrounds we wanted to explore and groups of parents who could often be found there.

It’s not just about the kids though. These groups are often a great way to meet new grown-ups, too. How else are you going to find your village then by meeting new people and seeing who you click with? An overseas move can be tough on everyone, but there’s no reason you need to do it all alone.

Tip 4: Find Something to Look Forward to

The timing of our moves was fortuitous in that my daughter’s birthday was just before we moved each time.  When we talked about the fact that we would have at least two months in the new house before her toys arrived, we agreed that she would save her birthday money and use that to buy new toys when we arrived.  This gave her something immediate to look forward to after the move and would help ease the pain of not having most of her things for a while.

That said, she decided to buy Legos, and there were already a substantial amount of those being shipped. You can’t win them all!

It’s so important to keep talking to the kids. I know that mine often seemed fine on the surface and to be dealing with the move very well, but their emotions were always just below the surface. They let me know that the overseas move had been tough through tantrums and explosions of tears and rage. But we kept talking, and we all got through it together.

A good way to prompt discussions about the move is through books. Your local bookstore will have several to choose from, but we also have some good picks here.

My kids have been the “new kids” in class more times than I would like to count, but they are so confident and adaptable. Yes, we had our ups and downs with an overseas move, but each one has been totally worth it. And with these tips, you can help make it a bit smoother for everyone. 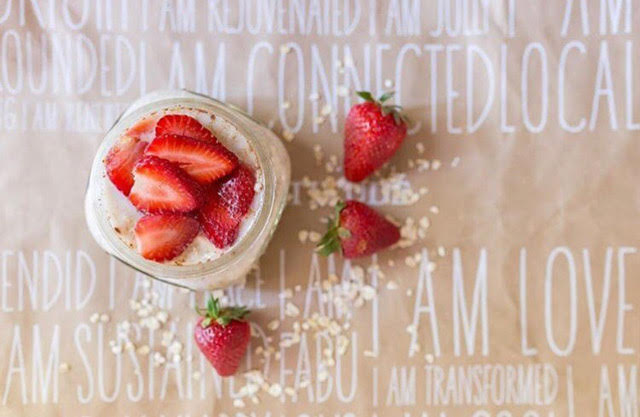 5 Tips and Tricks for Traveling with Kids