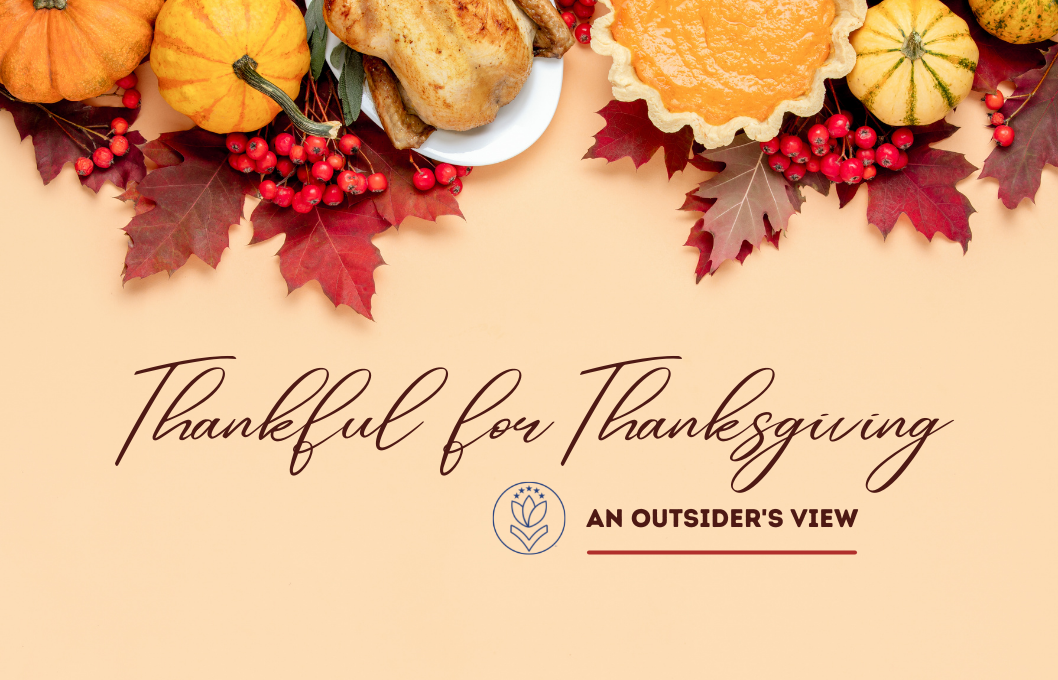 This might sound strange but up until 3 years ago, I didn’t really know what Thanksgiving was all about.

That might have already given you a hint that I’m not American. I’m British! My family and I moved out to the US on a posting a little over three years ago, and we experienced our first Thanksgiving a few months later.

To be honest, I didn’t really get it beforehand. Thanksgiving seemed, to an outsider at least, like another American holiday. Almost like an extra Christmas a mere month earlier.  In the UK, Christmas is a big deal and given that the traditional Christmas meal in the UK is also turkey, I kind of imagined that Thanksgiving was a sort of warm up event for that.

For my fellow non-Americans reading this, maybe I should pause to provide a little history summary. In 1620, a ship called the Mayflower brought settlers (now called Pilgrims) from England to the East Coast of America. They landed and set up a village at what is now Plymouth, Massachusetts, where the Native Americans living there showed them how to grow crops and fend for themselves.  In November 1621 the colonists invited the Native Americans to a large feast to celebrate the first good harvest, and this is generally known as the first Thanksgiving.

*Please note that this is the simplest version of the Thanksgiving story. This article highlights a more detailed (and graphic) retelling.*

From my perspective across the Atlantic, I knew about the Macy’s parade (it was featured in an episode of Friends, after all!) but that seemed quite a commercial event. It didn’t really dissuade me from the illusion that Thanksgiving was just a warm up event for Christmas.

But when we actually experienced a Thanksgiving in America for ourselves, I realized that it is much more than that.

Thanksgiving is really about being thankful for what and especially who you have in your life. It has one big win over Christmas in that there isn’t pressure to give or receive gifts for Thanksgiving.

The impression we found while living in the US about Thanksgiving is that it is really a time for showing the people you love that you are thankful that they are in your life. People travel thousands of miles to be present with family on that day, and it is a wonderful thing.  For us, Christmas in the UK is also a time for family and friends, but the fact that gift exchanges are such a fundamental part of it makes it a different kind of holiday.

So many of the holidays now come with an added pressure to exchange gifts. While that is lovely, if you can afford the extra expense, it comes with its own tensions and the extra work of finding, buying, and wrapping the gifts. Will I find the right gift? Will they like it? Is it enough? Incidentally, if you do need a little help with gift inspiration check out the Military Mom Collective’s holiday gift guide!

Thanksgiving doesn’t have this (not as far as we experienced anyway). The gift is your presence (rather than presents) or your words of thanks to the important people in your life. I really love this about Thanksgiving.

I also loved the run up to Thanksgiving when my kids would bring home various pieces of art from school, each one demonstrating the things they were thankful for.  Granted, my daughter did say that she was thankful for mac and cheese, but her family also made the list!

I should also note that Thanksgiving isn’t limited to your relatives; it is also a time to show your friends that you love them, too.

We were lucky enough to be invited to a Friendsgiving meal while we were in the US, and it was lovely. If you haven’t experienced one, it is basically a Thanksgiving meal but with the family you choose rather than the one you were born into, i.e. your close friends. The grown-ups all helped to put together a meal, and we sat around eating, drinking, and sharing stories until the kids needed to be put to bed. I will forever be grateful for the amazing friends we met in America and how they welcomed us into their hearts for Friendsgiving.

So now that we are back in the UK, we won’t be able to celebrate Thanksgiving in quite the same way.

It is a normal school day here, so no cuddling up on the sofa to watch the parade or having a long and lavish meal with friends. However, we will still carry on the tradition of telling our people how much we care about them, and we will still be having a nice dinner together as a family – any excuse for a good feed, right?!

In summary, we’re thankful we got to experience Thanksgiving! 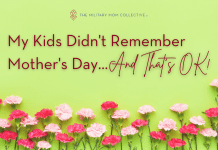 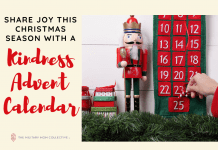 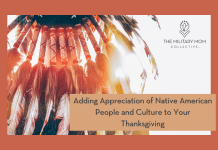